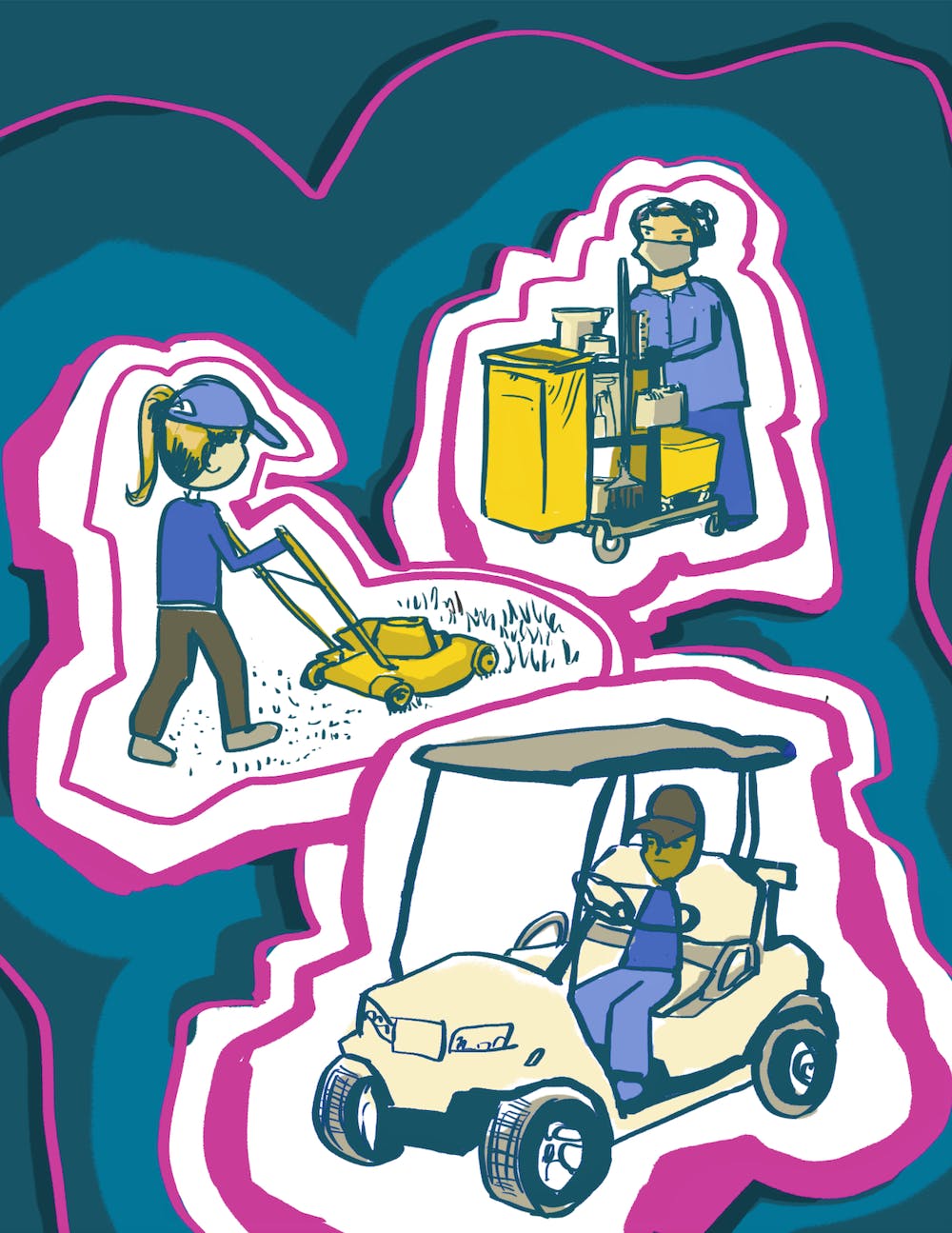 Rice University will institute a $15-per-hour minimum wage for regular and temporary staff as announced in President Leebron’s address to the faculty senate on Oct. 21. This change will be implemented in the upcoming 2023 fiscal year, taking effect on July 1, 2022.

Leebron said that Rice’s move towards a higher minimum wage has been underway for the past seven years. According to an email sent to the Thresher by Angela Lipari, Rice’s interim executive director for human resources operations, this will be the largest recent minimum wage increase for employees at Rice. Currently, the minimum wage is set at $11.50 per hour.

“We’ve been steadily increasing the minimum wage at Rice with a goal to get to $15 per hour,” Lipari wrote. “The process each year includes a review of salary survey data to assess our competitiveness with the market, determine if any adjustments are needed and work with the appropriate leaders to implement the pay adjustments for the upcoming fiscal year.”

Lipari said that employees in custodial, food service and groundskeeping will be most directly affected by the minimum wage increase. Leebron said that this will particularly impact the wages of new housing and dining employees but that wages of current employees will be reviewed on a case-by-case basis

“The biggest impact is going to be on Housing and Dining workers where you see the largest number of employees who might still be at [Rice’s] minimum wage,” Leebron said. “It’s going to impact newer workers more than [older staff], because [more experienced employees] get some seniority bump every year.”

No changes to pay for student employees have been announced at the time of publication. Lipari wrote that student employees include any student in an “hourly assignment,” including student-run businesses and postdoctoral students.

“We are currently reviewing our pay practices for student employees, but are not in a position to announce any widespread changes at this point,” Lipari wrote.

According to Leebron, increasing Rice’s minimum wage was one of the administration’s highest priorities going into the upcoming year, which was reflected in the early announcement of the change.

“The budgets that we’re actively preparing now will include the $15 minimum wage to be implemented next year,” Leebron said. “We may look and see if there’s anything we can do earlier than that. But again, we want to be cautious just because there are a lot of different needs, including inflationary needs. [The minimum wage increase is] going to drive up costs. What we don’t want is that this particular thing will drive up tuition, but we’ve got to pay the $15 wage.”

Leebron said that the minimum wage increase will not be accompanied by cuts from other areas of the budget but rather an increase in the budget overall.

Leebron and Lipari said that this change is in keeping with Rice’s goals and values as a university, values identified by Lipari as “responsibility, integrity, community and excellence.” Leebron said that he thinks the change will help the Houston community more broadly as well.

“We have to be candid about [the fact that], in a lot of enterprises, the lowest paid workers are disproportionately underrepresented minorities, and we see that at Rice,” Leebron said. “So, I think this helps the communities [our employees] go home to [with] the money they can spend in those communities. If people are [earning more money than before], that gives people more in the way of some disposable income. So [moving to a $15-per-hour minimum wage] seemed to us, for a long time, the right thing to do. It just wasn’t something we could do immediately.”

Rice is joining peer institutions that have adopted a $15-per-hour minimum wage, according to Leebron.

“The state minimum wage is the same as the federal [minimum wage of] $7.25. You don’t see a big movement across Texas for a higher minimum wage,” Leebron said. “When we move to a $15[-per-hour] minimum wage, I do hope people will see it as something that will have some impact on how people think about this. I think, for us in Texas to make that decision, [it] will help send a broader signal.”

The University of Texas, Austin recently raised the minimum pay for dining workers to $15 per hour. The University of Houston plans to increase minimum wage to $15 an hour in the next few years, according to UH President Renu Khator.

Mark Ditman, the associate vice president of Rice Housing & Dining, said that H&D supports the move towards a $15-per-hour minimum wage and has worked in recent years to raise wages while limiting costs.

“We’ve adapted the way we do business to achieve his goals in a way that works well for both our students and our staff,” Ditman said. “We want to pay our employees more, but at the same time we want to minimize upward pressure on room and board rates paid by students. Our basic strategy has been to have fewer people on the payroll, but pay the people on our team more by distributing the money over fewer positions.”

Ditman said that this shift has been made possible through increasing productivity of H&D staff as well as utilizing technology to shift portions of the workload.

“We’ve launched training and development programs to raise the skills and productivity of our staff,” Ditman said. “We’ve also introduced technology to replace some of our more labor-intensive work.”

Leebron said that he expects widespread community support from students, alumni, staff and faculty for the initiative.

“I think it’s clearly the right thing for our society,” Leebron said. “$15 doesn’t amount to a large income, [but] I think it amounts to an income where families can sustain themselves. [$7.25 an hour] is ridiculous, as I’ve said before, for what our minimum wage in this society should be.”

The increase in minimum wage is expected by Leebron and Lipari to help Rice recruit and keep new employees.

“This change, along with our generous benefits package, helps us retain our current staff and attract and hire new staff as vacancies arise,” Lipari wrote.