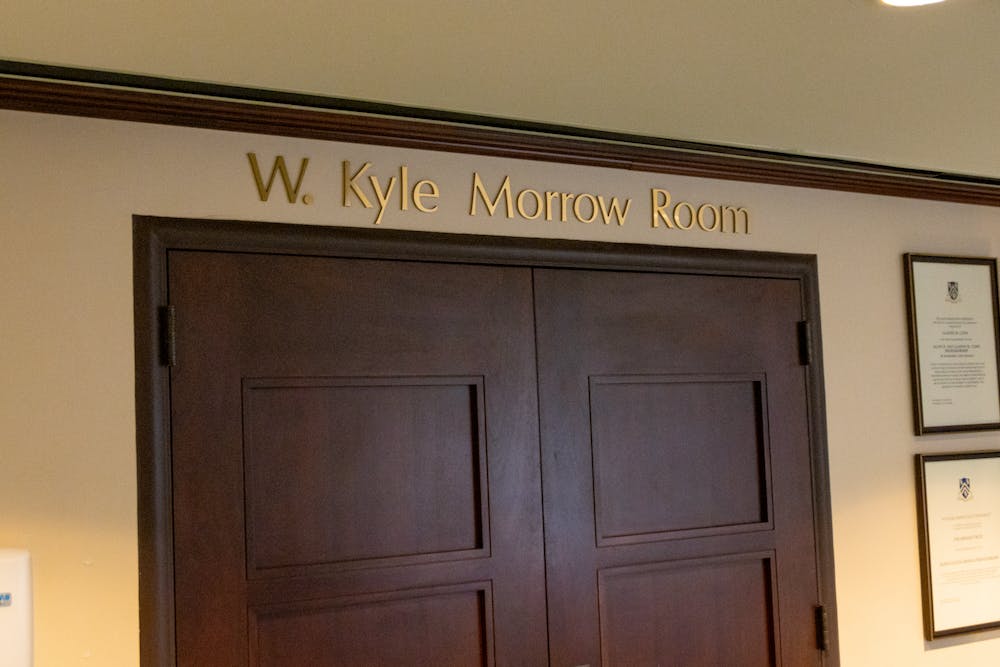 Faculty discussed Rice University’s troublesome transition to ImagineOne that caused issues such as delayed payment, inaccessibility to grant money and inability to track spending and funds in the Oct. 27 Faculty Senate, after months of faculty members, staff and students expressing dissatisfaction with the new payment system.

During the meeting, President David Leebron said he did not have any positive statement to say about the iO rollout.

“[The transition] was what I described earlier as terrible,” Leebron said. “And so I want to begin by apologizing. This has not been a success. Where the blame exactly lies isn’t so clear.”

Leebron said that the administration is not happy with the advisor they hired to help manage the iO transition.

“I think folks have run into a lot of difficulties and there are a lot of different sources of those difficulties,” Leebron said. “We’ve organized some [specific]  teams to go out and solve problems communicating directly with departments, holding sessions. There’s a piece of this, which is fixing things. And there’s a piece of this, which is better education for folks. I think what’s pretty clear right now is, although we’re sort of ramping up what we’re doing, it’s still not [enough].”

Leebron said that improving the iO transition has to be a top priority for the administration.

Paul Padley, interim chief information officer and vice president for technology, said during the meeting that the administration apologizes for the unsatisfactory state of affairs regarding iO.

“We’re aware of the pain this is causing the campus,” Padley said. “We understand the impact it’s having on departments, [and] we apologize for that. I really feel bad for all the people in the department offices that have had all this extra work put on them. And so we’re trying to fix that.”

Padley said that there have been many usability issues with iO, and the administration will bring their board usability consultants to see what improvements they can make.

“That’s going to be a four- to six- month project to be able to do things like that,” Padley said. “The processes are cumbersome. The prime example that we hear about that from all over the place is getting graduate students set up to be paid. It’s incredibly painful and has lots of problems.”

According to Padley, the administration hopes that significant progress will be made by the new year to make things easier on the departments, but a more complete solution most likely will not happen until the end of spring.

Padley said that he understands that people have lost confidence in the iO system, as there have been so many issues with its rollout.

“I’m suffering all this pain with you,” Padley said. “I mean, my grants haven’t been invoiced. I’ve had all the problems that people are having. And so it gives me a perspective.”

Padley said that there were a lot of faculty whose allocation of their pay went to the wrong funds during the transition from Banner to iO.

“The Controller’s Office identified some data conversion things that happened that caused problems there [that] go back to July 1, and we’re having to go back and fix those,” Padley said. “We need help from the entire campus.”

Padley asked faculty to check to make sure the labor distributions for people on their grants and their departments are correct, so that those can get reported and fixed.

According to Padley, many faculty, administrators and departments could not track their spending because people were unable to view their funds.

“The Controller’s Office is working with departments to clear up all those problems,” Padley said. “Of course, that can feed into the first problem, right, because you don’t have access and funds, you don’t realize your labor distribution is incorrect. So we expect some more of those problems to reveal themselves.”

Padley said that there are also issues with the user interface, and that he has yet to find a faculty member who, without coaching, can find a way to see the research funds.

“I would say once you can find your way to receive your research funds, what I see in there is better than whatever you’d see on Banner,” Padley said. “But actually getting there is a problem. To address that, we’re gonna actually roll out in the next few weeks some coaching teams [to] talk to faculty in small groups, and then show you how to get through and get your research funds.”

Michael Wolf, professor of mathematics, said during the meeting that he is glad for the characterization of iO as terrible, but even that understates the problem somewhat.

“[iO] is a piece of software aimed at industry that was shoehorned into academics, and normally folks take two to three years to get this ready,” Wolf said. “[But at Rice], it was rolled out quickly with very little input, or maybe no input from my sources from the local units. And so now you’re in this process of more or less beta testing it in real time, where the units are identifying problems, and you’re playing whack a mole on these problems that come up.”

Wolf said he hopes that a basic priority for the administration going forward is to lift the burden on administrators and administrative staff.

“You would expect some things to be easier [with iO],” Wolf said. “But in fact, no one knows anyone who thinks that their job or even portions of their job have become or will be easier with this system. Technology is supposed to help.”

David Messmer, an instructor in the Program in Writing and Communication, said that he thinks one of the things that’s been most distressing with the iO transition has been delayed payment for graduate students.

“There’s not a more fundamental responsibility of an employer than to pay employees,” Messmer said. “A lot of people have run into struggles paying graduate students, and this is a population that depends [on their paycheck]. They really depend on getting paid and getting paid on time. Delaying their pay [means] another month of interest they’re having to pay on credit cards, or whatever the case may be.”

Padley said that he agreed with this point, and that although his own pay was affected, he has deeper pockets than graduate students so he could ride it out until the iO situation gets sorted.

“I can fully understand that for a graduate student having messed-up pay for a couple of months isn’t an option because they by and large live on the edge,” Padley said. “I think that most of that is behind us now, but if there are examples that are ongoing now they need to be brought to our attention so they can be addressed.”

Messmer said that the pay issues need to be addressed immediately.

“People are just kind of expected to deal with it, and that seems like a real problem,” Messmer said. “All the things that Mike [Wolf] said I agree with, the extra burden this has placed on administrators, but the pay issues to me seem absolutely central.”

[11/10/2021 11:27 a.m.] This article has been updated to reflect that David Messmer is an instructor in the Program in Writing and Communication, not a lecturer in the English department.