Course poster removed due to copyright, amidst complaints of offensive images 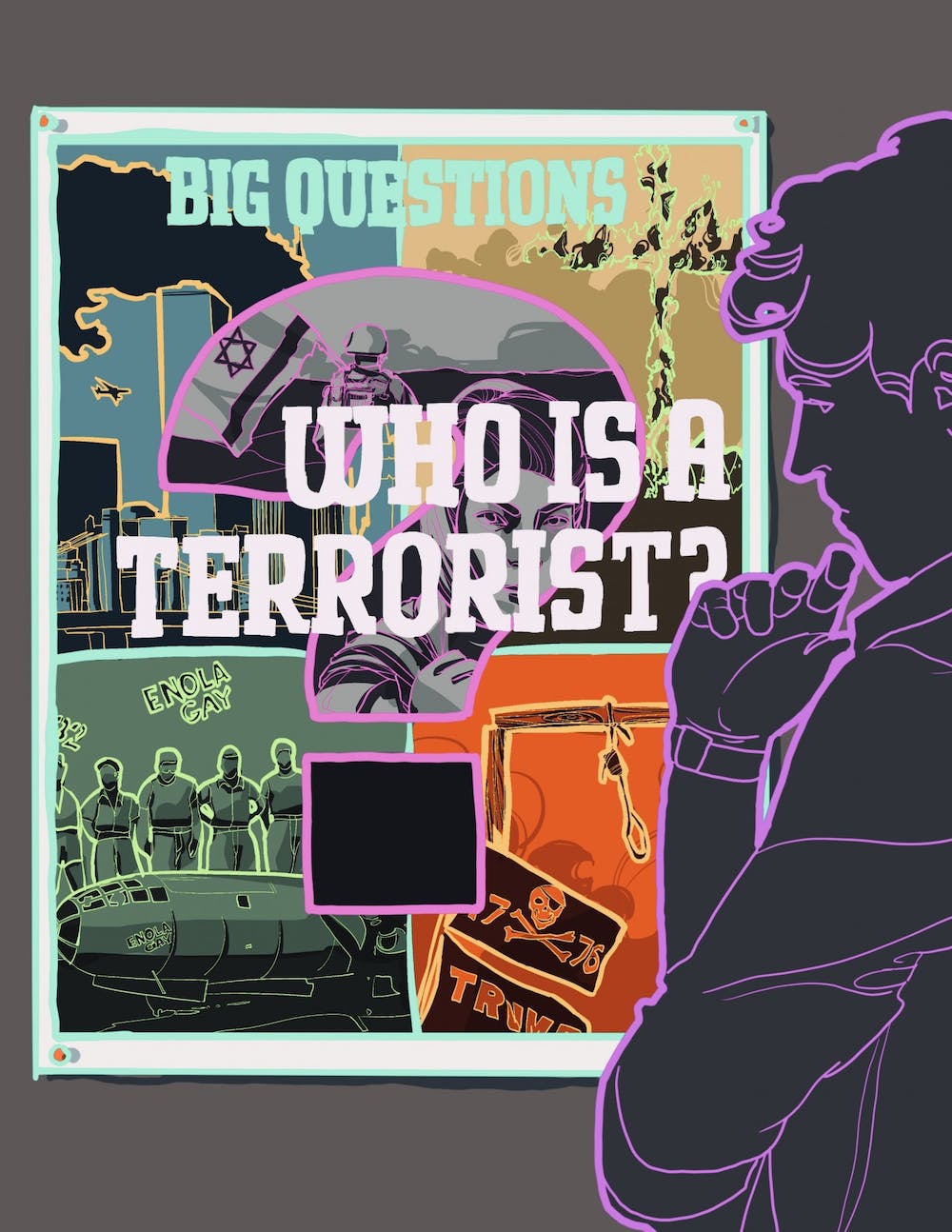 A poster for HUMA 129: Who is a Terrorist? was taken down last week due to copyright issues, after the Humanities School received complaints about offensive images in the poster. The poster contained two images that Rice community members took issue with: an Israeli soldier and Leila Khaled in a keffiyeh, a Palestinian political symbol. A replacement for the flyer is in progress, which will not contain the copyrighted image.

Dean of Humanities Kathleen Canning said that although her office initially looked into the poster due to the complaints, it was taken down for a different reason altogether.

“After the original course flyers were posted on campus, concerns about them were raised with our office,” Canning said. “While we began looking into these concerns, we were informed that one of the pictures used in the flyer’s photo montage may have been under copyright. We responded to the copyright claim by quickly taking down the original flyer.”

Kenny Weiss, a rabbi at Houston Hillel, said that when he was notified about the poster, his attention was drawn to the Israeli flag.

“I’m happy that the images that I and other members of the Jewish community found problematic have been removed,” Weiss said.

Fayiz Faruk, one of the vice presidents of the Muslim Student Association, said he was shocked when he first saw the poster, in part due to the language used in the poster.

“Honestly it was pretty shocking when I first saw it, because at first glance you see ‘Who’s a Terrorist?’ and that’s really charged language to use,” Faruk, a Duncan College junior, said. “There’s a lot of conversations to be had on the term ‘terrorist.’”

Khaled is an active leader of the Popular Front for the Liberation of Palestine, an organization designated as a terrorist group by the United States, among other countries. However, Khaled is considered by others to be a Palestinian activist and feminist icon.

Although Faruk knew who Khaled was, he said he didn’t initially recognize the image of her in the poster. Given the absence of context, Faruk didn’t see Khaled in a keffiyeh but rather a woman in a hijab — something he said is a common experience.

“I’ve heard about who she is, but I didn’t connect the picture of her on the poster at first glance,” Faruk said. “So at first glance, the association of the word terrorist with a picture of a woman in a hijab, all it does is reinforce a stereotype … It makes a little more sense [within] context [of who the woman is] but still, to the average Joe, it’s really shocking.”

Summer Shabana, co-president of the MSA, said that her initial reaction to the poster contradicted that of many people around her.

“When I first saw the poster, it was through members of the Muslim Student Association who had concerns about a woman who seemed to be wearing a hijab,” Shabana. “However, I was really intrigued by the poster which juxtaposed Leila Khaled, a well-known Palestinian resistance fighter with an Israeli soldier.”

Shabana said that while she understands concerns regarding Leila Khaled’s image on the poster, she doesn’t feel the same way.

“Many people who aren’t well-versed in the history of Palestinian resistance immediately saw the poster as portraying a hijabi woman next to a question about terrorism,” Shabana said. “Although that is definitely a valid concern, I did not view this poster as targeting hijabi but instead I understood the use of the picture as intentional.”

Catherine Clack, director of the Office of Multicultural Affairs, said she does not believe it was aimed at any specific groups, and said she personally didn’t take issue with the original poster.

“I see the intent of the first poster, and had no problem with it,” Clack said. “It’s asking a powerful question with images of a number of groups/incidents that could also arguably be categorized as terrorist. I do not feel it was singling out any specific group in a harmful or inflammatory way, but that was just the way I saw it.”

However, Clack said that she can understand how certain groups might be offended by the poster, specifically the images of Leila Khaled and the man in military gear with the Israeli flag.

“If students were bothered by the inclusion of [those] images … in regards to the Israeli-Palestinian conflict, I can see how that happened, as your eyes are immediately drawn to a face,” Clack said.

Weiss said that, no matter the ultimate reason, he finds it important that the images were removed because they were found hateful by multiple communities.

“It’s always important that hateful images be removed,” Weiss said. “It’s also important that people are able to recognize hate, whether it be anti-Semitic or hate images targeting other groups.”

Although the poster has not been replaced yet, its online image has been updated to remove both images in question. Despite his gratitude at the images’ removal, Weiss said he’s hesitant to endorse the updated online image in case it contains images hateful to other communities.

“I was impacted by those images that resonated in a way with the Jewish community and with myself as a Jew, so I really didn’t look at it through the prism of other communities,” Weiss said. “I’m happy with the resolution of those issues that I was concerned with, but I don’t want to say that I’m happy with it now and be insensitive of what other people might think of it.”

Shabana said that, contrary to popular opinion, she wishes the poster hadn’t been taken down.

“I think it’s unfortunate that it has been taken down,” Shabana said. “The poster and the class as a whole in many ways advocates for Muslim and Arab communities in a discourse in which we have been traditionally silenced and marginalized … I am hoping with this class, these perspectives will be challenged and islamophobia and anti-Arab bias will be taken more seriously on campus and in our personal lives.”

Canning said that the Humanities School ultimately aims to welcome all students to take their Big Questions courses, such as HUMA 129, which utilize a humanities-focused approach to explore topics relevant to today.

“Our Big Questions courses pursue complex and difficult topics: it is important to the School of Humanities to welcome all students to our courses,” Canning said.

The course will be taught by Ussama Makdisi, professor of Arabic Studies and history. Makdisi did not respond to the Thresher for comment.