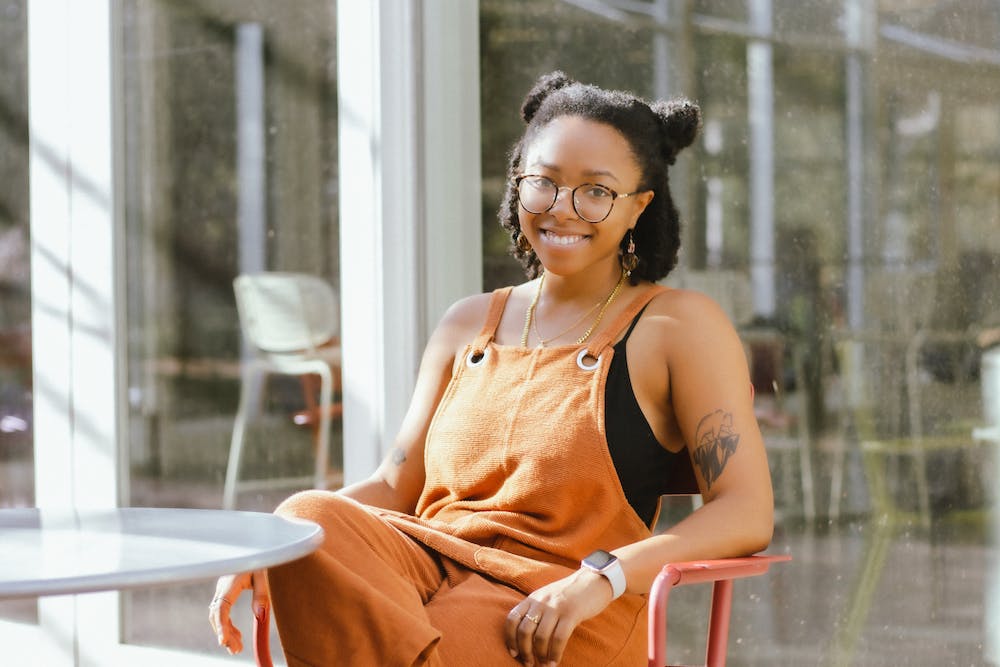 “I really liked the residential college system and how it was set up and the community that it [builds],” Emelle, a Jones College senior, said.

Emelle said she has been very involved at Jones since her freshman year. She currently serves as a University Court representative and as one of the college’s Beer Bike coordinators.

Emelle said she has been able to explore her interests at Rice both through her coursework and her involvement on campus. A lifelong dancer and music aficionado, Emelle said she is excited to teach a college course for the first time next semester.

“I’m very passionate about music and Spotify playlists,” Emelle said. “I will be teaching a college class this spring about albums and music and what makes a really good album.”

In high school Emelle discovered that she was interested in the brain, consciousness and human interactions, and she saw herself pursuing careers in user experience or user interface design. Emelle said she has discovered more about herself in courses in her major, cognitive science.

“As my time here at Rice has gone by, my interests have developed a little bit and changed a bit,” Emelle said.

According to Emelle, Rice has also helped her discover that she loves working in groups with others. As a dancer and choreographer for Rice Dance Theatre, general manager of The Hoot and a student worker at Willy’s Pub, the welcome center and Rice’s Office of Information Technology, Emelle spends most of her day interacting with peers.

“[I’ve discovered that] I’m more interested in working with people in teams specifically, and I’m really interested in product and project management, which is still kind of aligned with my original interests of design and going through the design process,” Emelle said.

Hoping to continue working in teams after graduation, she is currently interviewing for jobs in careers that allow her to form relationships, she said.

“I’m interested in human resources as well as projects and product management,” Emelle said. “I really like … developing good relationships with people and so those jobs, I think, will allow me to do that.”

Emelle didn’t experience much of a culture shock when she first moved to Houston, she said, since she attended a diverse high school in Los Angeles, California. Nonetheless, being Black has negatively affected her Rice experience in some ways, according to Emelle. She said she is the only Black student in many of her classes, for instance.

“Half the time, or more than half the time, I am the only Black person in the room, if not the only person of color in the room, and that really can be disheartening sometimes,” Emelle said. “It means you have to really have thicker skin when dealing with certain conversations in class or when people make a joke that they think is funny but really isn’t.”

While she believes that diversity facilitators, Critical Dialogue on Diversity and the choice of Rice’s new president are all steps in the right direction, Emelle said the best thing Rice officials can do for the Black community is take down Willy’s Statue. A lot of the time it’s hard for Black students to feel heard in campus discussions about racism, according to Emelle.

“[This means] having to know when to pick and choose your battles, to fight for something and really start a conversation.” Emelle said. “Then other times, you just have to let things slide.”

Still, Emelle said she has found a supportive community with other Black women on campus. She said connections she made at the In Living Color retreat during her freshman year have lasted all her four years at Rice.

“I think the Black women community here at Rice is very strong and we’re all very connected by the fact that there is such a small number of us here,” Emelle said. “I really am appreciative of [this] community that we have here because it’s very welcoming, very warm, and … very nurturing and caring because we all know that …  [we] have a lot of struggles here.”