Vice Provost for Research stepping down after seven years 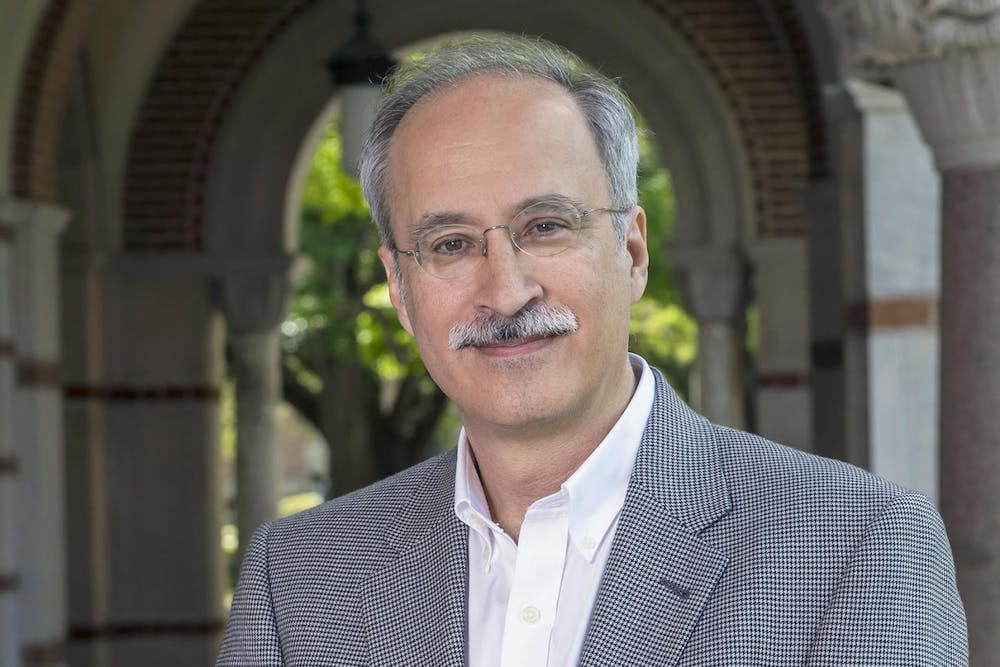 Yousif Shamoo announced that he is stepping down as Rice University’s vice provost for research after seven years in the position. Shamoo’s transition will go into effect January 2022, according to an announcement from Provost Reginald DesRoches.

Shamoo joined Rice’s faculty in 1998 and previously served as Rice’s director of the Institute of Biosciences and Bioengineering from 2008-2014. He was appointed to the vice provost of research position in 2014.

According to DesRoches, Shamoo has increased the number of research awards the university has received by 42 percent since the beginning of his term,  and he has also increased the university’s success in receiving larger awards and centers for research.

President David Leebron said that there has been significant growth in funding for both the social sciences and STEM research during Shamoo’s time as vice provost for research.

“We have seen very large growth in the biomedical area as well. [Shamoo] has played an important role in setting Rice’s aspirations high,” Leebron said, “His office has assisted all parts of the university, but at the same time helped choose and support significant priorities that will help assure our reputation for years to come.”

Shamoo said he was able to learn more about the academic research at Rice through this position.

“I got to learn about all the other research that’s happening across campus,”  Shamoo said. “I could go from everything from the social sciences and humanities to the physicists, I got to learn everything about what everybody was doing, and that was really fun.”

During his term, Shamoo said he placed an emphasis on ensuring that research funding was spread across all academic departments.

“Scholarship research is more than just labs. Scholarship is about writing books, it’s creative works, it’s everything that we do as faculty,” Shamoo said, “I think that’s the thing I’m most proud of in terms of my office is that it grew, and it can still grow more in this direction, to support all the scholarship on our campus.”

According to Shamoo, specific examples of this new funding include a sponsored performance to shed light on an American composer at the Shepherd School of Music.

Shamoo said that there’s still work to be done for research at Rice.

“We’ve got a long way to go,” Shamoo said. “There’s more students taking science [and] engineering degrees, which is great, wonderful, we need more people. But that also puts challenges to the humanities to sort of have to redefine themselves in ways.”

DesRoches said that he is grateful for Shamoo’s contribution to the university during his term as vice provost for research.

“The Vice Provost for Research position is one of the most challenging positions at a university but one of the most important,”  DesRoches said. “We are fortunate to have had [Shamoo] serve in this role over the past several years.”

Leebron said that Shamoo’s work will impact Rice for years to come.

“I am immensely grateful for Yousif’s contributions to the university’s research success and pandemic response,”  Leebron said. “The impact of his work as [Vice Provost for Research] will be felt for many years.”

Shamoo said he remains optimistic about the future of research at Rice.

According to DesRoches’ announcement, a search for a new vice provost for research will commence in the upcoming months.