Tower of Many: A look into Old Sid 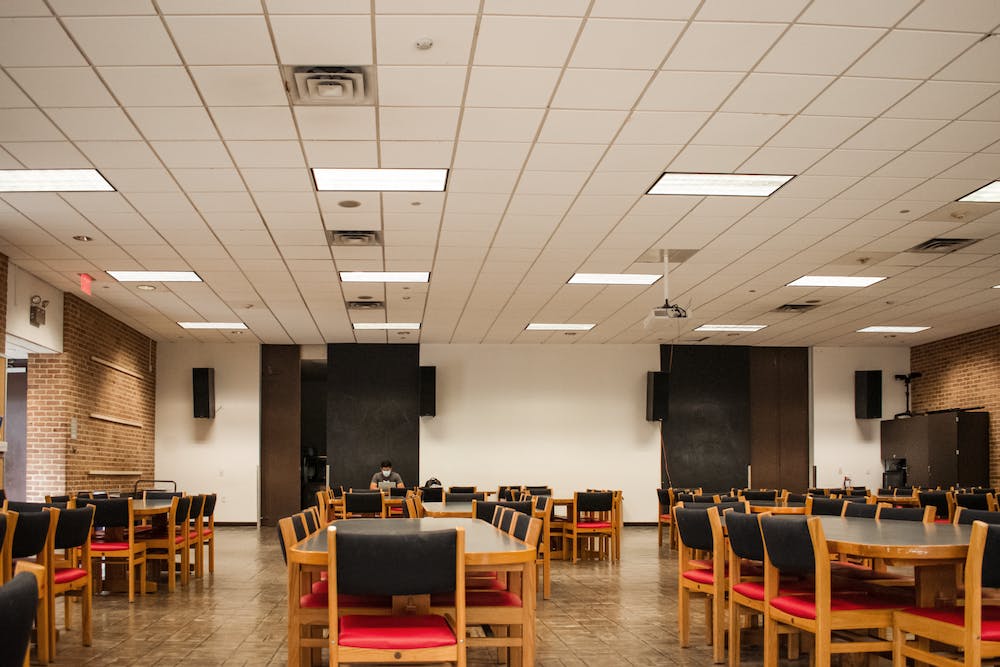 On a Friday evening, the Old Sid Richardson College Commons is mostly empty. It’s decorated with weathered grey furniture, dated Campanile yearbooks, mounted TVs playing funny cat compilations and a smattering of students across the couches. Welcome mats, potted plants and shoe racks dot the floors outside each bedroom. Right away, Old Sid is reminiscent of some homely cross between a retro high school and a corporate building.

Since the recent completion of the new Sid building, Old Sid now houses an array of students, largely Hanszenites, from across campus. Due to the construction of the New Hanszen College wing, Hanszen is facing a housing shortage, which will continue until July 2022 when construction is projected to end, according to Rice’s Facilities Engineering and Planning Website.

Some students opted to live at Old Sid because of the convenient location or the quad-style housing. Hanszen College junior Piyusha Kundu said she favors Old Sid for its views and lack of communal bathrooms.

“I love the balconies and the view,” Kundu said. “Old Sid, in terms of on-campus housing, is probably the best.”

Others were persuaded by the $2,000 incentive. Jones College sophomores Desmond Roberts and Garrett French said that the prospect of a bad room at Jones, plus that refund, was especially motivating to move to Old Sid.

“We got an email in the summer saying [Rice] would take $2,000 off our fall Housing and Dining tuition if we moved into Old Sid,” French said. “We got a pretty bad room at Jones, too.”

However, this living situation was involuntary for one group of students: Hanszen freshmen. Through the 2021-2022 year, 69 new students are housed in the Old Hanszen building and 46 in Old Sid, according to Hanszen Magister Fabiola López-Durán. Liam Waite said he is in the latter group.

“I was kind of disappointed [when I found out where I’d be living],” Waite said. “I thought that, since I was put in Old Sid, I was getting placed into some crumbling shack because they didn’t have room for me.”

Waite said he quickly found out this wasn’t true, though. He said he has grown to love his Old Sid dorm and the Hanszenite community within. According to Waite, the second, fifth, six and seventh floors of Old Sid are occupied only by Hanszenites.

“Old Hanszen’s social culture is only stronger because it’s right next to Commons,” Waite said. “Since Sid is so far away, it’s pretty dead unless you’re close with your suitemates or floormates. I am very close with them.”

Orientation Week is a crucial experience for helping new students adjust to college life. However, Waite said that living away from Hanszen during O-Week wasn’t as detrimental as he thought it would be.

“Thankfully, they put us in Old Sid and nowhere further,” Waite said. “It was annoying to walk all the way to Hanszen, but since it’s only a 2 to 3 minute walk, it didn’t impact my [O-Week] … My group was warm and welcoming, even though we weren’t living in the same place.”

Aside from housing an assortment of students from across campus, Old Sid also accommodates a small population of isolating and quarantining students, according to Beth Leaver, the H&D operations director for the South Colleges.

“Old Sid has six dorm rooms set aside for isolation/quarantine housing … so we could house up to twelve students if need be,” says Leaver.

At Rice, college social life revolves around one of two kinds of spaces: floors or commons. Old Sid has an elevator culture, according to Kundu.

“Meeting people on the elevators from different colleges is cool,” Kundu said. “I’ve only lived with people from Hanszen so far, so meeting people from North colleges that I don’t usually see around is really fun.”

According to Tina Wen, a sophomore at Wiess College, one of the biggest benefits of living at Old Sid is the newfound diversity in social life. Wen said she has even branched out beyond the Wiess-centric Team Fun Friday Wiess events and explored events at New Sid and Hanszen.

“Being at Old Sid has really allowed me to make new connections with people at other colleges,” Wen said. “My identity isn’t so involved around Wiess anymore … I feel like I’m not dependent on my residential college to make connections anymore.”

However, Roberts and French said that Old Sid’s social culture, for them, is a bit less tight-knit.

“We pretty much just sleep there, to be honest,” Roberts said. “Even our mail gets sent to Jones. We haven’t really integrated into Old Sid in that sense.”

But both Hanszen and non-Hanszen residents of Old Sid said that there is a somewhat strong Hanszen social life that pervades Old Sid.

“I think the Hanszen floors have a good culture, though,” French said. “They throw parties on their floors sometimes … but everyone else basically goes back to their residential college.”

In spite of the seeming lack of social cohesion, Wen and Kundu said they enjoy their living arrangements regardless.

“I would definitely say that living at Old Sid is more freeing for my social life,” Wen said.

Indeed, Old Sid’s variety of students across campus creates a setting of new faces. Despite the building’s exterior, Kundu said she finds a homely environment within.

“From the outside, Old Sid is definitely the Tower of Terror … but inside it feels cozy, almost.” Kundu said. “I always say hello to the people on my floor. I like the vibes. It feels very friendly.”