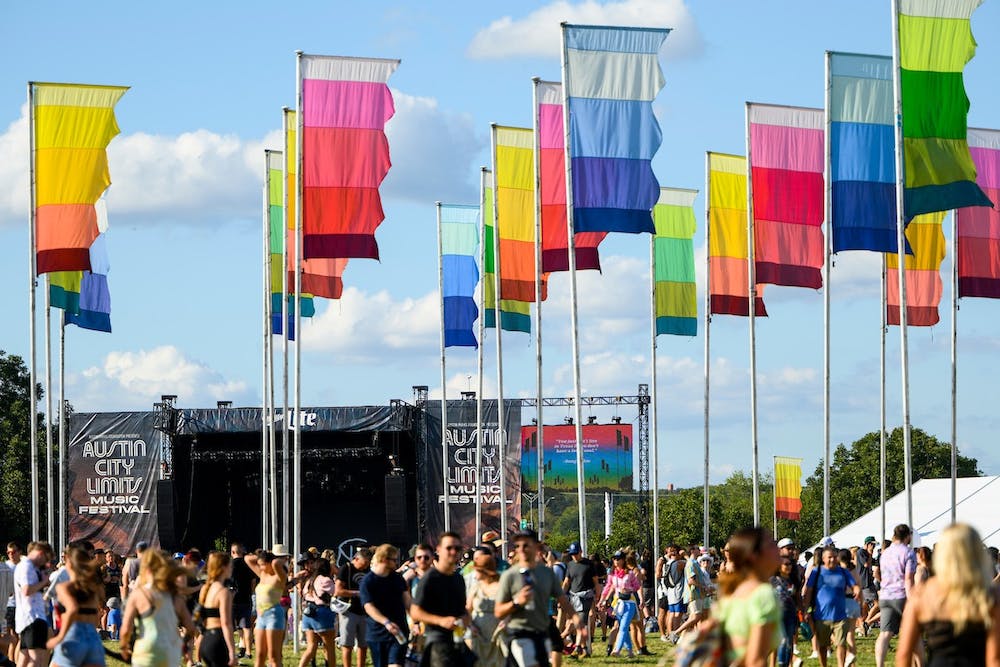 With live music returning and Austin City Limits music festival once again taking over Zilker Park this fall, the Thresher made the trip to Austin to enjoy ACL ourselves. With two weekends and as many performances as we could fit in under our belt, we have compiled our highlights of the festival: the good and the bad.

To put it simply, ACL had a great lineup: Miley Cyrus, Billie Eilish and Tyler, the Creator were only some of the big names drawing audience attention. With a range of performances that were honestly a blast to listen to (Megan Thee Stallion, Machine Gun Kelly, Karol G) and mellower tunes (girl in red, Joy Oladokun, Phoebe Bridgers), there was something that appealed to everyone.

Weekend one of ACL was delayed with scheduled performances having to be adjusted due to heavy rain and flooding throughout the festival grounds, and people at both weekends experienced stifling temperatures that are expected in a Texas October. The second weekend had several artists (mostly from outside of Texas) commenting on the heat, and girl in red had to step into the shaded portion of the stage for a portion of her final song to avoid fainting from the heat. With audience members dropping from heat and dehydration, ACL reminded us to never underestimate Texas weather, drink plenty of water and be prepared to adapt when attending an outdoor music festival.

Like it or not, music festivals do not amass the same crowds as a typical concert. Audiences are often not very familiar with an artist’s music, and Miley Cyrus seemed not only to understand but embrace this. With nostalgia-ridden hits (“See You Again,” “The Climb,” “Wrecking Ball” and more) seamlessly intertwined with songs from her latest album, fans and casual listeners alike were able to scream along to her songs, laugh over Cyrus playing animations of skeletons having sex and connect with her as she discussed her relationship with her music and fans.

The lip syncing witch hunts of the mid aughts were, like most witch hunts, mostly puritanical, hypocritical and sexist. With the advent of rap music, most audiences have even gotten used to a backing vocal track the singer performs over. But Doja Cat’s lip sync, particularly during weekend one, was egregious. While the visual and dance performances were superb, the fact that Doja didn’t sing the vast majority of her words left a bitter taste in my mouth. Parts of “Kiss Me More” were even censored since they reused the VMA lip sync.

Several artists at ACL publicly opposed and protested the Texas abortion ban. Festival attendees held “Bans Off Our Bodies” signs at shows, and several artists have vocally and materially supported abortion access in Texas, showing solidarity for their Texas audience. ACL organizers also supported abortion access and partnered with outside organizations to raise both awareness and funds for the cause. Phoebe Bridgers released a song benefitting Texas Abortion Funds, FINNEAS is donating the money he receives from ACL to the Texas Planned Parenthood and artists leading chants of “Fuck Greg Abbott” over the past weekend felt more common than not.

We have some sympathy for ACL; performances, while staggered, require set up time between sets. With other artists beginning performances nearby, it can create audio issues if multiple sound systems are competing against each other. However, after pausing when someone in the audience needed medical attention, Bridgers ran over the time for her set, and, in what we initially thought was an audio mishap, her sound was cut off during her finale: “I Know the End,” a song that culminates in a cathartic scream that fans of Bridgers anticipate.

Bridgers tweeted her displeasure with the decision (the tweet has since been deleted), and her fans reacted poorly to ACL’s decision to cut her audio off for what is a rather iconic song in her discography. ACL released an apology and donated to the Texas Abortion Funds, an organization that Bridgers supports.

Let’s recognize biases: Morgan loves queer women and pop girlies, and that’s what Lady Bird Stage offered for its Saturday lineup. When fanatics of an artist arrive often hours early (Billie Eilish fans started forming their barricade during the first set of the day), they end up listening to several artists that, odds are, they don’t care about. However, Lady Bird’s lineup of Holly Humberstone, girl in red, Phoebe Bridgers, Doja Cat and Billie Eilish formed a schedule that, while it varied in tone, appealed to largely similar audiences, as evidenced by Morgan hovering around and returning to the stage for every performance that day.

It seems like there’s a “Free ____” movement every couple years, so I would like to propose “Free Polo G.” He’s not in jail or anything, he has just been forced to endure two weekends of wannabe frat bros waiting to hear “Pop Out” and not engaging with any of his other music. Polo G put on a solid performance in front of literal children (I counted nine sets of braces) chanting about “the gang” and occasionally the n-word. On Weekend 1, Polo G eventually gave up and left his set after thirty minutes, leaving his DJ to realize that white 12-year-olds do not know “Faneto” by Chief Keef. Overall, it was a shameful reception to one of the best rappers out there right now.

This guy’s the real deal. KennyHoopla jumped through cuts from his 2021 Mixtape “SURVIVOR’S GUILT” with maniacal intensity, punctuating his set with a standing backflip. The crowd screamed, moshed and crowd-surfed its way into the new pop punk movement. The fans at the early set were so adamant about an encore that they forced KennyHoopla back on stage to perform one of his own songs again.

What comes to mind when I say, “A TikTok star had a concert?” Whatever it was, it’s probably close to what I watched. Amassing a large crowd, Tate McRae delivered lukewarm dance moves, formulaic pop songs and, while not horrible, was easy enough to ignore. McRae provided, at best, background noise between far more impressive sets.

Jack Antonoff gave his all on the Lady Bird stage on Friday. The multi-talented one-man-show opened with a piano number, bravely clad in a leather jacket in the obscenely hot weather. Throughout his set, Antonoff impressed by constantly switching between instruments and vocal keys. For saxophonist Evan Smith’s birthday, Antonoff coyly chanted, “The louder you scream, the harder he blows,” and the audience duly responded. He also instructed the crowd to “get on each other’s shoulders,” but Michelle isn’t into heavy lifting. Even though she was a relative newcomer to Bleachers, their performance made her want to buy all of their albums (especially if they come with a cute saxophonist).