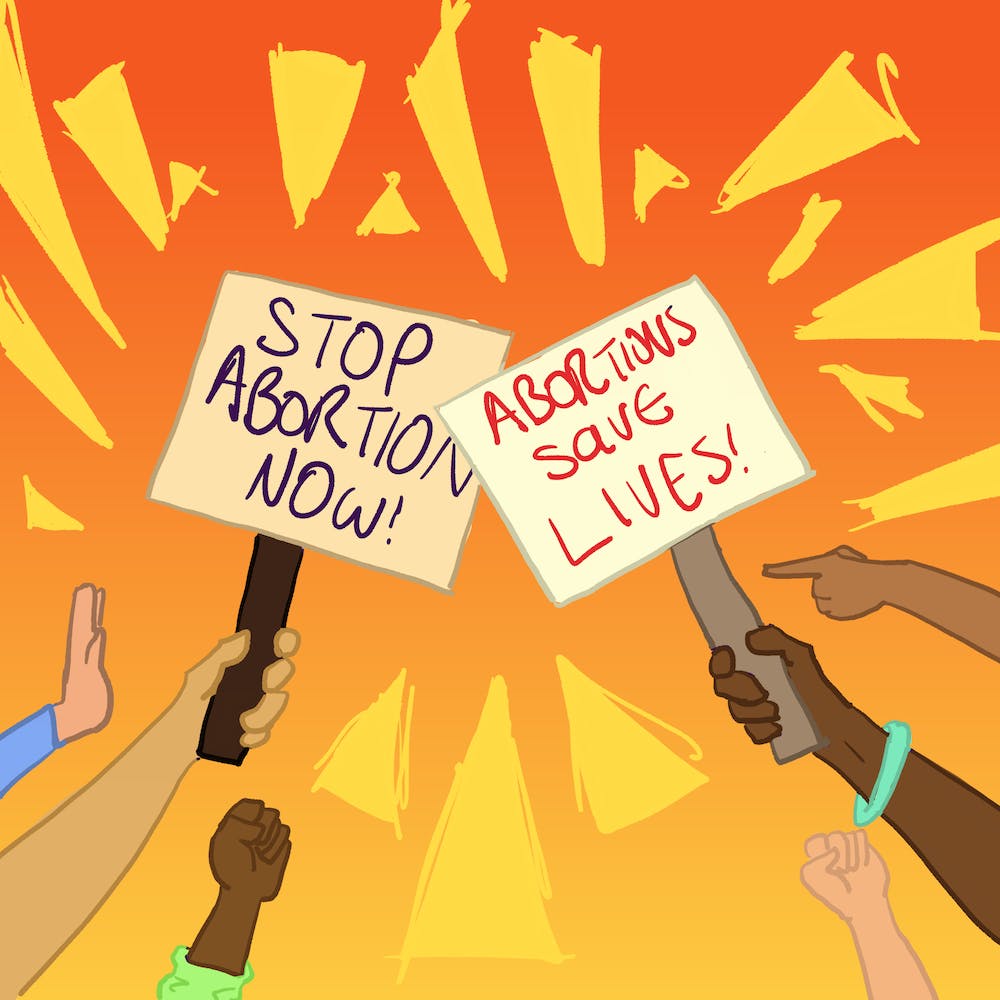 Sponsored by the School of Humanities, School of Social Sciences and the Center for the Study of Women, Gender and Sexuality, the webinar explored the challenges that this new law poses for women’s health.

During her opening remarks, Beth Merfish, the associate professor of art history at the University of Houston, Clear Lake, said she feels there are several valid and personal reasons why different people choose to have an abortion, emphasizing that abortion is a decision that many individuals encounter. Helena Michie, one of the webinar’s organizers, said that framing the issue through personal examples was helpful to her.

“These decisions are not uncommon and form part of the lives of many individuals and families,” Michie, director for Center for the Study of Women, Gender and Sexuality, said.

Merfish also said she views abortive procedures as similar to other medical procedures, in that they relate to the patient’s health. Merfish pointed out how abortions, unlike other procedures, face a stigma and are often viewed differently, which Michie said also resonated with her.

“[Merfish] spoke of how problematic it is to speak of people being ‘pro-abortion,’ when we do not speak of being ‘pro heart-surgery’ or ‘pro’ other medical procedures,” Michie said.

During her introductory remarks, history professor Fay Yarbrough said that Black and indigenous women are often more heavily impacted by reproductive restrictions, sharing stories of historical contraceptive and abortive practices, as well as how.

“As a historian, I wanted to remind the audience that women’s desire to choose when/if to have children is not new,” Yarbrough wrote in an email to the Thresher.

Diana O’Brien, the Albert Thomas associate professor of political science, said she hoped to provide the audience with an accurate depiction of policy and public attitude with relation to the new law.

“I wanted the audience to get the facts on public attitudes towards abortion in the United States and in Texas,” O’Brien said. “I wanted them to know what political science research says about influencing reproductive rights policy.”

Michie said she felt that the panelists did an effective job of educating the attendees on the consequences of the abortion law.

“All of the panelists reminded us that SB8 effects will be the most detrimental to poor women, rural women, and women of color who cannot afford the cost of travel, time off from work, or daycare that would allow them to seek an abortion outside of their home state,” Michie said.

Michie said she and the other organizers hoped for the webinar to provide clarity on the law’s implications since its passage.

“We wanted people to have good information about a very confusing law with a lot of moving parts and a shockingly novel approach to legal standing,” Michie said.

O’Brien said she aimed to provide attendees with potential action items regarding the law, if they were interested in doing so.

“I hope that the audience members left the teach-in with a sense of purpose, and some concrete steps they can take if they want to become more involved on this issue,” O’Brien said.