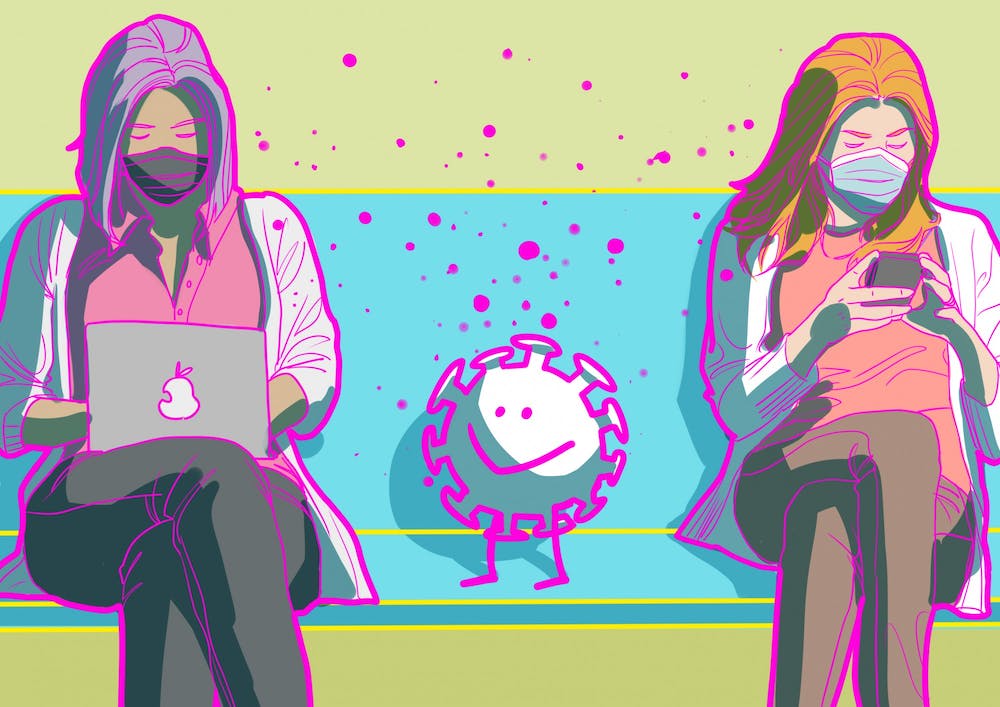 Rice has entered a contract with Evergreen Contract Resources to support contact tracing on campus, according to Jerusha Kasch, Rice’s director of institutional crisis management. Approximately five employees from the external Houston company will work 36 hours per week as contact tracers at Rice, Kasch said.

Last year, many contact tracers were Rice staff whose main roles were put on hold by the pandemic; now, those traditional responsibilities have resumed, according to Kasch, prompting the contract with an outside vendor.

“We were not going into the semester thinking we’d have to respond to [COVID-19] again,” Kasch said. “Now [those contact tracers] have other jobs.”

After two heavy periods of contact tracing — first when a testing site falsely reported about 50 positive cases during Orientation Week, and then due to a real outbreak of COVID-19 partly fueled by an on-campus gathering in late August — Kasch said her staff was tired, overwhelmed and weary. Many Rice contact tracers were working late into the night, she said, joining Zoom calls after putting their own children to sleep.

“[They are] completely dedicated to other people’s children,” Kasch said. “That’s what’s unique about Rice employees, they still show up.”

Lisa Lin, the leader of Rice’s transportation demand management program, said she started volunteering with the crisis management team to support the safety of the Rice community.

“I think it’s important, especially for those who are still on campus and needing to come on campus, to make sure that the campus environment is as safe as possible for them,” Lin said. “I had the privilege to work from home, so that was the least I could do to get campus back to normal.”

Lin said her role is to check in on students who were already isolated, which occurred daily last year and every few days for vaccinated students now. Lin said she believes that contact tracers who make initial calls to students could be fatigued, and said she anticipates that the new contract will alleviate some of the burden on Rice staff.

“I think for those who are taking on the bulk of the initial calls, I could see that being the case,” Lin said. “[The workload] has been steady, and I’m happy to hear that there was additional support with the additional contact tracers coming to join.”

Ariana Moshiri, a Lovett College sophomore who falsely tested positive earlier this semester, said she believes that with proper training, the external contact tracers will lead to an improved crisis management team.

“As long as the expectations and protocol are clearly communicated and consistent between everyone working in contact tracing, there should be a significant improvement in things moving more efficiently and reasonably with an increase of hires,” Moshiri said.

Moshiri said she feels that crisis management did not adequately handle her case, as she said she received minimal and at times contradictory instructions. For instance, Moshiri said her contact tracer told her she needed a physician’s clearance to leave isolation, while Student Health Services told Moshiri that was never a policy.

“At this point I’m not the first person to be released from isolation,” Moshiri said. “[Rice] has been dealing with COVID for a year.”

Moshiri said that unclear communication, inconsistent rules and having to schedule multiple appointments affected her wellbeing during her quarantine.

“When miscommunication among crisis management puts us through unnecessary steps that don’t align with [what] they actually need to do based off of the protocol, it affects us more than they think,” Moshiri said.