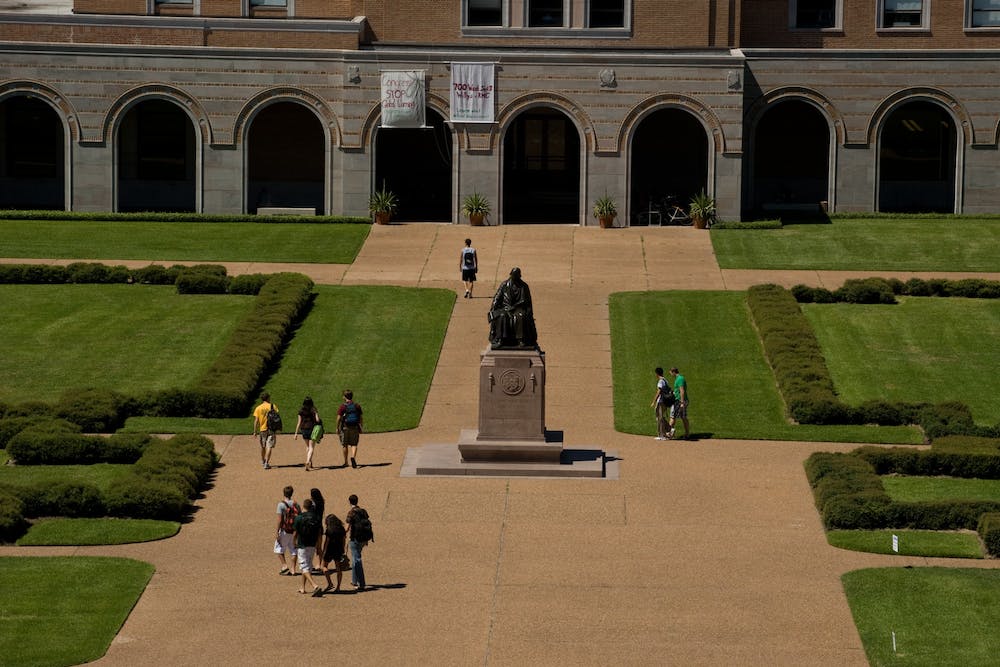 These recommendations came from two reports the task force released June 16 as part of its stated mission of researching Rice’s past, holding dialogues, and offering recommendations on diversity and inclusion.

One of the reports, focused on the Founder’s Memorial, said that most of the task force supports relocating the statue to another place on campus but declined to make such a recommendation.

“A strong majority of the Task Force also believes that the redesign of the academic quad must include the removal of the statue of William Marsh Rice from the quadrangle, preferably to another location on campus where it would be properly contextualized with the history of Rice as discovered through the research of the Task Force,” the report said.

The task force avoided taking an official position, instead highlighting disagreement among its steering committee.

“An important smaller group of the task force believes, however, that a successful redesign could or should properly contextualize the statue in its location within the quadrangle itself,” the report said.

Alexander X. Byrd, a co-chair of the task force, pointed to this disagreement as an example of a broader variety of opinions about the statue in the Rice community.

“It speaks to the nature of our work and the ways that our work reflects the larger community,” Byrd, vice provost for diversity, equity and inclusion, said. “What we stress are the places where there’s no difference of opinion.”

Caleb McDaniel, the other co-chair of the task force, said the task force’s call for a redesign competition, potentially soliciting submissions from firms across the world, could be an avenue to resolve the debate over the location of the statue.

“The unanimous recommendation at the top is a design competition,” McDaniel, the department of history chair, said. “The disposition of the statue is a part of that overall design.”

Shifa Rahman, the original organizer of the Willy Statue sit-ins, said that he feels hopeful from the report’s recommendations.

“I hope that … means that the Rice community will engage as little as possible with the shrine of this university's white supremacist founder,” Rahman, a Lovett College senior, said. “Now all eyes are on the Board of Trustees and [President David] Leebron to do what needs to be done.”

According to Byrd, the importance of students to the Founder’s Memorial, both in its conception as the centerpiece of the academic quad and now at its potential removal and relocation, was an impactful takeaway.

“In the early parts of the 20th century, being involved in thinking about the memorial was important on campus,” Byrd said. “There are important connections between that and the ways in which students presently have a certain purchase on the importance of the memorial and what it means and what the landscape of the university should look like and what it should convey.”

Rahman said he believed student involvement and activism was a critical factor in Rice’s decision to reexamine the statue’s place on campus.

“The fact that these sit-ins and what the Rice community has done this past year has made the memorial into such a pertinent issue that [the task force] needed to make another whole document for it is honestly really impressive and encouraging to see,” Rahman said.

The task force took care to consider the statue’s place on campus, Byrd said, rather than studying the statue in isolation.

“[The report] is not looking at … the Founder’s Memorial all by itself, but is considering its importance, given the way it is contextualized presently, what it is and is not in conversation with, and what is present in the historic quadrangle,” Byrd said.

The task force also examined the way the statue was contextualized in the past, according to Byrd, finding a key connection between the construction of the statue and the greater context in which Rice and other early university leaders lived.

As part of its report, the task force detailed a tableaux tribute to the confederacy in the commencement ceremony of 1916, a “plantation-themed” dance in 1929 and a Southern-themed event with a “Court Jester” dressed as an enslaved Black child in 1930.

The report also described students’ interactions with Jack Shelton, an African American trainer and groundsman in the athletics department, who was well known on campus, yet rarely called by his given name.

“The young men and women of the [Institute] persistently, proudly, and with a sense of what they understood to be friendship and high regard, referred to him as, ‘N***** Jack,’” the report says.

Numerous Thresher articles from the time printed this pejorative in their headlines, along with further articles that referred to Shelton as “N***** Jack” or another slur in the body of the story, according to the report.

“Such ways of thinking were in the air, and very much reflected in the choices that students and faculty made, at the Rice Institute,” the task force wrote.

One of these choices, according to the report, was the reverence of the Founder’s Memorial.

“The memorial’s common name across the university — Willy’s statue — testified to the amicable warmness with which many at Rice regarded the founder and his memorial,” the report said. “And there can be no doubt that the statue evolved into a center of social and cultural activity at the university.”

The statue holding such a prominent role was by design, according to the report. Its sculptor, John Angel, hoped that the statue would become a “special corner” for students.

“I think the campus of a university is one of these things which has a great influence upon the minds of students,” Angel wrote in a letter to Lovett in 1930. “I tried to express what Mr. Rice was and what he meant to the students — even more than what he looks like.”

According to the report, one of the inscriptions on the statue deified Rice: “salve aeternum aeternumque salve,” the Latin for “hail forever, and forever hail.”

“I can think of nothing that would seem to hold the founder himself quite so intimately and permanently in the midst of the local life of the institution on campus as this,” Lovett wrote in a 1928 letter to Rice’s nephew, William M. Rice, Jr.

The task force wrote that the Rice community now faces questions, such as if the statue should continue to have “a great influence upon the minds of students,” or if the statue means to students today what it did 80 years ago.

“Through petition, direct action, protest art, essays, letters, archival research, reportage, and conversations large and small, members of the Rice community have raised the question of whether the university that Rice has become is well served by continuing to hail the founder, in the here and now, in precisely the same way that it was thought good to honor him in 1930,” the report wrote.

Rice to provide vaccine clinic for community members on Dec. 3

Rice will be providing one final vaccine clinic on Dec. 3, partnering with the Houston Health Department to have 400 vaccine slots available for the Rice community. Three previous clinics were held on Nov. 4, Nov. 5 and Nov. 12. 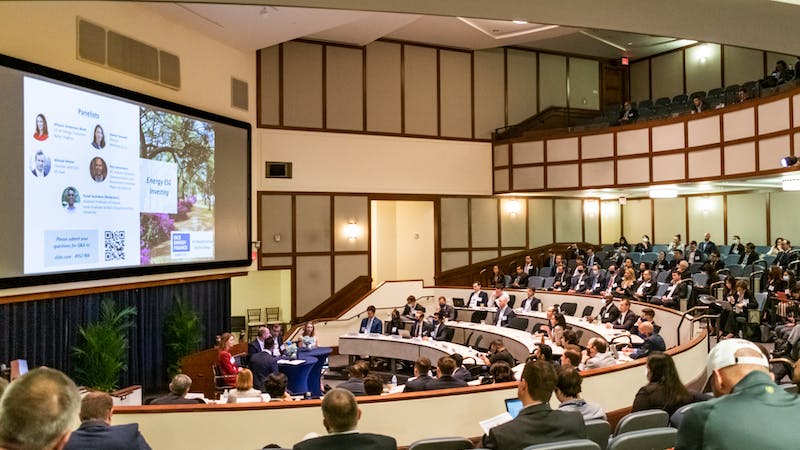 The 13th annual Rice Energy and Finance Summit was held at McNair Hall in the Jones Graduate School of Business on Friday, Nov. 12. The goal of the event was to discuss how to finance the transition to renewable energy resources, according to the school’s website and event information.