Students respond to RUPD messages regarding unhoused persons on campus 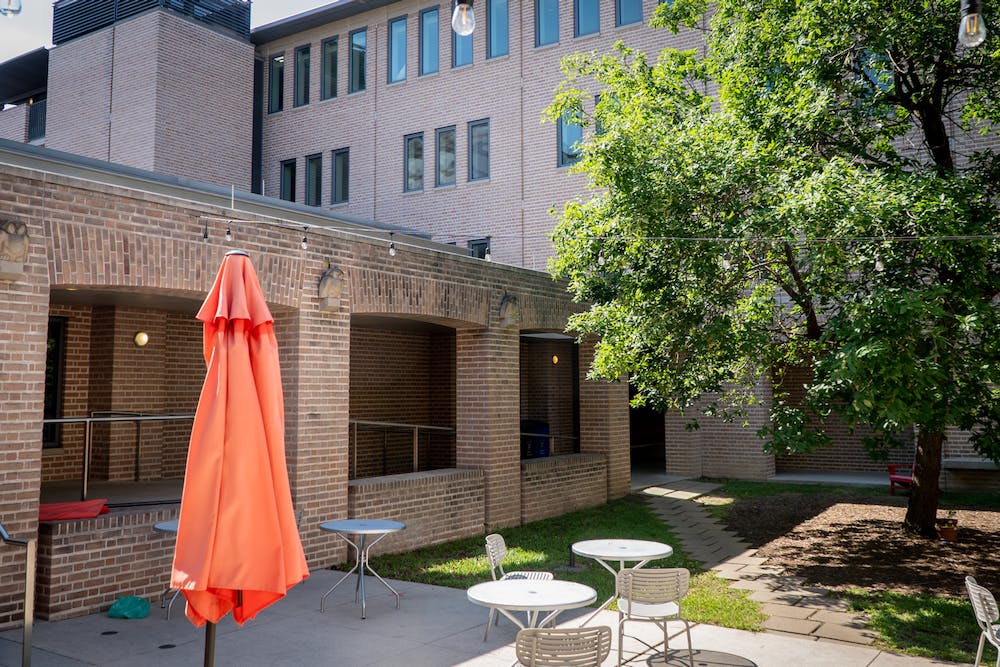 In these messages, students were advised not to allow unauthorized visitors into residential buildings, and said that students should not attempt to interact with strangers by themselves.

Baker College senior Diana De La Torre Pinedo said that she found that the conversation has changed surrounding the presence of people who are homeless on campus.

“I think students are becoming more conscious of policing and how it affects people who are homeless,” De La Torre Pinedo said. “I know that in my first two years I had seen a few homeless people and I myself accidentally let someone in and got reprimanded by a CJ for letting someone who was homeless into the college commons.”

The emails sent to Baker College students also mentioned the possibility that people who are homeless may have mental illnesses. De La Torre Pinedo said she found it to be ableist rhetoric.

“It’s trying to create a fear, a phobia, of these people,” De La Torre Pinedo said. “They are people that should be cared for by our community and not criminalized.”

Rodriguez said that in some cases, RUPD transports people who need mental health services to the Judge Ed Emmett Mental Health Diversion Center, where they can receive care free of charge.

“Our number one goal is to always treat people with compassion while maintaining a safe campus,” Rodriguez said.

Rodriguez said that when someone calls RUPD and reports a suspected unhoused person on campus, RUPD typically sends at least two officers to the place where the person was last seen. If they make contact with the person, Rodriguez said RUPD officers interview them to find out why they’re on campus and if they need help.

“If they’re in a restricted area such as a residential college or a locked building we ask them to leave campus,” Rodriguez said. “It’s the officer’s discretion to decide if the person’s behavior or prior contacts with RUPD warrant issuing a written criminal trespass warning.”

At Wiess, a residential associate notified students through a college-wide group chat of a possibly unhoused person attempting to enter Seibel servery and sleep on a bench in the Wiess alcoves, before eventually being escorted off campus by RUPD. Marin Beal, a Wiess College junior, said that she found the message insensitive.

“It sounded like this person was just trying to get food from the servery, or sleep somewhere safe, so I didn’t see why that kind of behavior warranted that sort of reaction, being chased away,” Beal said. “I just thought it was really over the top and really strange to also request for future police intervention with what seems like a harmless person.”

Alizay Azeem, a sophomore at Wiess, said that students in the group chat seemed to generally agree that the person seen on campus may not have warranted a call to RUPD.

“The idea that there’s this person who is underserved, is in need, we’re in the middle of a pandemic too, there’s just a lot going on, and this person wasn’t necessarily even a threat, they were just trying to sleep, and that the automatic response is calling the police –– I think, largely, a lot of students agreed that was a really weird and off response,” Azeem said.

Beal also said that students in the group chat voiced their disagreement with the suggestion to call RUPD to address the person or other suspected unhoused people on campus.

“I think people were relieved that there was a different perspective on the issue,” Beal said.

Rodriguez said that if students see a person who may be homeless on campus in a restricted area such as a residential college or in campus buildings, they should call RUPD immediately.

“In some cases, homeless people are just lost or cutting through campus, but in other cases they may need help. RUPD officers are trained to determine what assistance they need and the best way to connect them with resources to help them out,” Rodriguez said.

Restrictions on campus visitors, homeless or not, increased after the COVID-19 pandemic broke out. As a private campus, Rice has continued to require all visitors to wear face masks both inside buildings and outdoors after Texas governor Greg Abbott lifted the state’s mask mandate on March 2. On March 29, residential colleges announced that off-campus students who get weekly COVID tests may have free range of their own residential college, but may not enter other colleges. Before then, only students who lived on campus were allowed in residential areas after the pandemic began. Visitors not associated with the university are not allowed in residential spaces.

De La Torre Pinedo mentioned the pandemic as a possible contributing factor as to why more people on campus may be talking about unhoused visitors on campus, especially in comparison to other visitors on campus, such as pedestrians from surrounding neighborhoods.

“I think that’s why people are talking about it more, or more emails are being sent out, because you really shouldn’t be letting anyone who is not living on campus into these spaces,” De La Torre Pinedo said. “But then there is the question, is this treatment fair on all sides?”

Rodriguez said that RUPD does not typically receive many calls about joggers on campus, but if they do go into prohibited areas such as residential colleges or buildings restricted to Rice member access only, RUPD typically asks them to leave the area.

Beal said that she personally does not take issue with campus visitors who are experiencing homelessness.

“Things are very different now because of COVID,” Beal said. “I’m not even sure, as an off-campus student, if I’m even welcome in some residential spaces … I would not take issue with homeless people being on campus or sitting on benches on campus because we’re a part of the Houston community and I just don’t see why that would be a huge problem.”