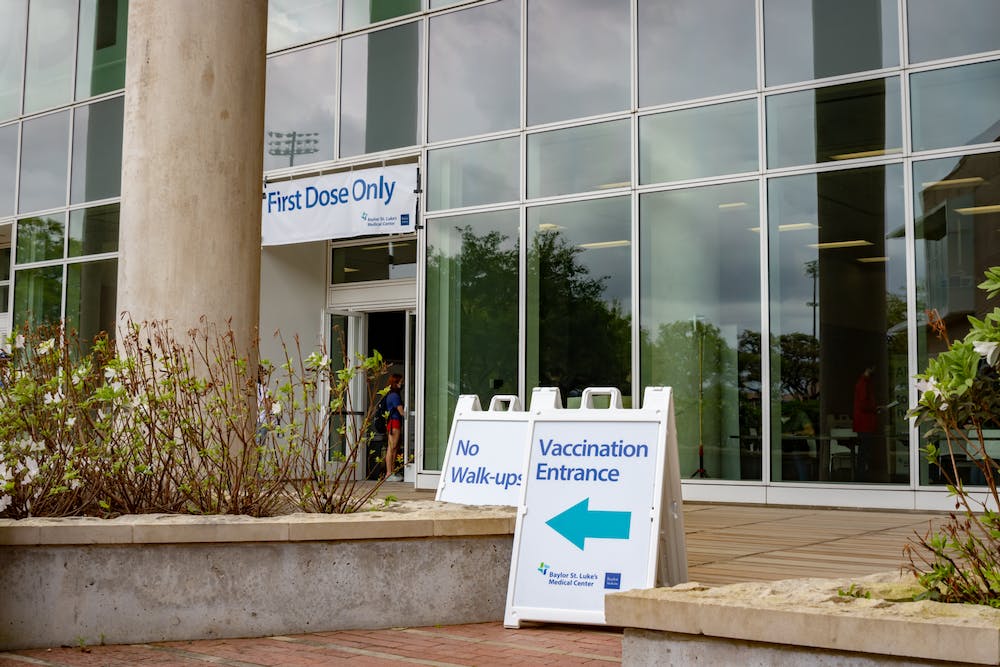 The Texas Department of State Health Services  announced last Tuesday that all adults over the age of 16 would be eligible to receive the COVID-19 vaccine in Texas starting Monday. Following this announcement, Rice placed an order for 4,000 doses of the Pfizer vaccine. Kirby said that Pfizer was chosen because of the shorter time period between the first dose and second dose, compared to the Moderna vaccine.

“What we want to do is be able to get the vaccine distributed to students and then be able to have them get their second dose here on campus before you leave at the end of the semester or graduation,” Kirby said.

While Rice announced that they received approval to order, store and distribute vaccines on March 8, Kirby said there was no guarantee that the state would fill Rice’s request until the announcement on March 30. Rice had previously ordered 1,000 doses to inoculate every person in the Rice community between the ages of 50 and 64 when the eligibility had initially expanded to individuals aged 50+ on March 15, but this order was not filled.

The details of vaccine administration, such as who will be administering vaccines, are still being finalized. At the Grand Hall vaccine clinic last week, a combination of Rice Emergency Medical Service members, Student Health Services staff and outside contractors administered second doses of the Moderna vaccine to those who had received the first dose during the snowstorm.

1,250 vaccine slots are available for Thursday, April 1. Rice community members who sign up to receive a dose on April 1 are guaranteed a second dose 21 days later, on April 22. The appointment for the second dose will be assigned for the same time of day as the first dose and it cannot be rescheduled or canceled. Individuals must have a Rice email address to sign up to receive a dose from this allotment. Kirby said there will be appointments for additional days next week.

In a separate email, President David Leebron announced that the fall semester is anticipated to be “largely normal.” According to the email, all classes are expected to be taught in-person and dorms are expected to be fully occupied. Additionally, it states that based on Center for Disease Control and Prevention guidance, the gathering size and mask guidelines may be relaxed.

“I’m pleased to announce today that given our ability to operate safely, the high probability that everyone in our community who wants a vaccine will be able to get one before August, and the continuing improvement of the COVID-19 environment in the Houston area, we anticipate a largely normal fall semester and are planning accordingly,” Leebron wrote.

Leebron also said that Rice will evaluate whether different metrics such as campus population vaccination percentage, COVID positive testing rates on campus and in the surrounding metropolitan area warrant relaxing any campus policies regarding COVID-19. Kirby also said that he expects there to be no significant changes in COVID-19 safety restrictions this semester.

Kirby also said that Rice is exploring the possibilities of allowing guests at the graduation ceremonies, and a decision will be announced by April 12.

In addition to the Rice vaccine distribution, many Rice community members were able to sign up for vaccine appointments at the Baylor St. Luke’s vaccine clinic at Rice, which opened on March 15 at Rice Stadium. Following a wind-related incident, the clinic was permanently moved to the Biosciences Research Collaborative building and began operating there on March 24, according to Kirby.

“We had a big windstorm and even though their clinic in the stadium is protected, the wind came through and knocked over a lot of tables and partitions and things like that,” Kirby said. “So we previously offered them the BRC’s event space. So they said, ‘yeah, I think we probably want to change.’”

“Due to the state’s opening up of vaccine opportunities, Baylor St. Luke’s also opened up their scheduling to include individuals 16 and up. This created additional opportunities for the Rice community to schedule appointments,” Susann Glenn, director of communications for administration, said.  “As these are individual appointments through an external scheduler we do not have numbers to share of how many individuals were able to schedule.”

Glenn said that the Rice administration will send out a survey on Monday, April 5 encouraging Rice individuals to update their vaccine status with the university.