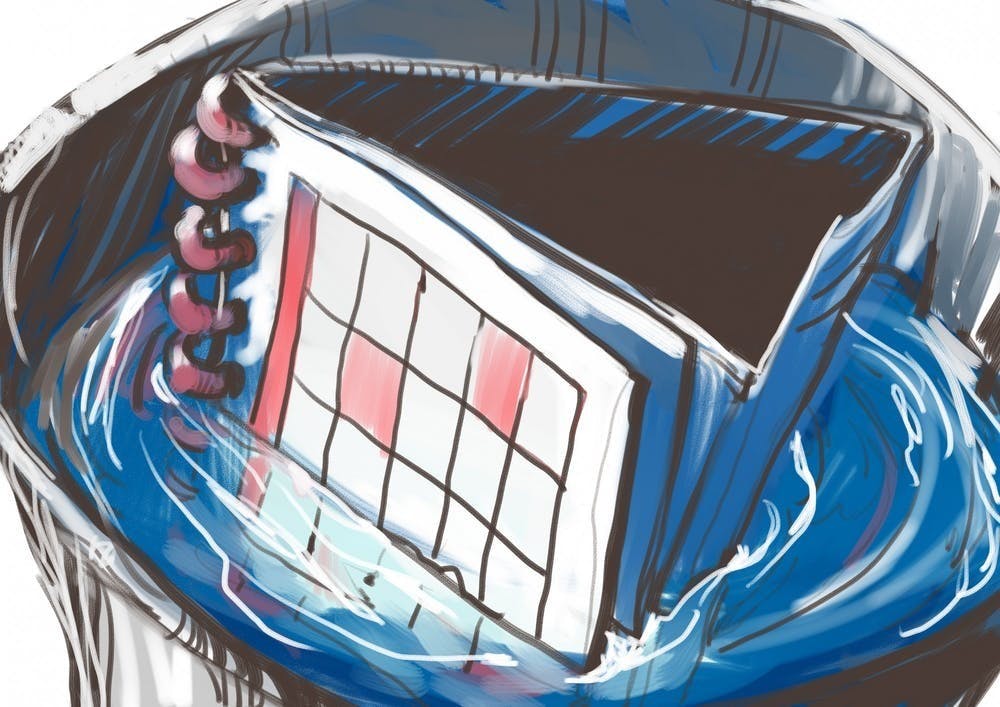 Throughout the ages, countless figures in history have been quoted about food — each saying something different. "Food is fuel," some say, a mere means of getting nutrients. But Josh Furman subscribes to a more complex view on the matter.

“It’s a way of studying an ancient culture and people by examining what they eat and why they eat it,” Furman, adjunct lecturer of Jewish studies and curator of the Houston Jewish History Archive, said. “There’s the old adage that we are what we eat, and to a certain extent, that’s true. But why do we eat the foods that we eat is a question that we tend not to ask ourselves.”

This question is the basis of his course Jewish Food, which will explore historical food traditions when it convenes this fall. With the add/drop period starting April 21, and most fall 2021 classes returning in person, the Thresher has compiled a list of seven fun classes, like Furman’s, that are perfect for students of any major to consider taking.

JWST 301 is a creative introduction to Jewish civilization that explores its food traditions from biblical times to today, according to Furman. At the beginning of the course, students will read critical literature on food studies and learn how food is used by humans to signify who we are and who we aspire to be.

“Somebody who chooses to eat organic, locally grown food is choosing to express certain values. And somebody who cooks their grandmother’s recipes is trying to keep their family heritage alive,” Furman said. “So food can actually tell us a whole lot about a person’s values and identity.”

The class will explore food rules that exist in the Bible and make sense of how those rules functioned in the ancient world to create boundaries between minority groups and the larger societies that they lived in.

If COVID-19 restrictions allow, students will dine out with their classmates to actually taste the foods they have been studying. Furman hopes to take his students to Kenny and Ziggy’s New York Delicatessen, a preeminent Kosher-style deli, where students will get to enjoy a meal and chat with the proprietor, Ziggy Gruber.

Furman wants the dinner and class to be an experience his students remember fondly far beyond their time at Rice.

HART 325: Coffeehouses and Teahouses: A Global History with Farshid Emami

While not featuring Rice’s own Coffeehouse, HART 325 will dive into the history and artistic design of coffeehouses and teahouses located everywhere from Japan to France. Farshid Emami will be teaching this class for the first time this fall.

“Coffeehouses and teahouses offer an interesting lens by which we can understand the common humanity that unites us across cultures and geographical regions,” Emami said. “There is something unique about [the substances we consume therein]: We take them less for their nutritional benefits than for their capabilities in altering our moods or the status of our minds. Yet there has always been much more to these substances than a mere biological effect; perhaps more than any other kind of food or drink, these substances have been capable of taking on cultural and social significance.”

Students will examine the material context of everything from utensils to urban landscapes of coffeehouses and teahouses from the 16th century onward and think critically about their architecture and cultural significance, according to Emami. If COVID-19 regulations allow, Emami also said the class will occasionally meet at local museums throughout the semester to study the material culture of tea and coffee — which includes coffee cups and tea sets — across regions.

For any coffee- or tea-lover needing a Distribution 1 credit, this is a great class that provides a new perspective on an experience as seemingly mundane as visiting a coffeehouse or teahouse.

MUSI 221 combines music, history and science all into one neat package. Allie Kieffer wants this new course to attract students from all disciplines.

“[One] of the reasons I decided to teach it was that I wanted to offer a music history course that might interest students outside of the Shepherd School [of Music], including those who don’t have prior musical experience,” she said.

Kieffer’s goal for the course is to show students how to look at both science and music in different ways.

“In a nutshell, the course is about music as a point of collision between science and culture in Western European modernity, starting with the Italian Renaissance and ending with current-day theories of music cognition and human evolution,” Kieffer said. “Music has been a topic of scientific study and experimentation for as long as ‘science’ has existed, but it also has long challenged and resisted scientific explanations, and still does today, in ways that say a lot about changing ideas of science over the past few centuries.”

No prior musical experience is required to enroll in this course, and it satisfies a D1 credit.

Ever wanted to give acting a try? THEA 102 might be the course for you. This course encompasses acting terminology, voice and movement training and will include ensemble work as well as individual exercises and monologue scenes. The instructor varies by semester, but this course is worth checking out no matter who is teaching it.

Kat Rosner, a Duncan College freshman, took Introduction to Acting this year with Heidi Hinkel, a visiting lecturer in the Visual and Dramatic Arts department, and Rosner said she highly recommends the course to other students.

“It was really relaxed and fun, and Heidi is an awesome professor,” Rosner said. “She gives really personal feedback and breaks down acting technique and immersion really well.”

Corey Tolbert, a Wiess College sophomore, said that when he took THEA 102 with Alan Brincks in 2019, the class motto was “I will make a fool out of myself.”

No prior experience in acting is necessary, and this class satisfies a D1 credit.

Bryan Washington has published two books, written for media outlets such as The New York Times, Buzzfeed and Time Magazine, and won multiple awards for his work. This semester, Rice’s Writer-in-Residence is teaching a class on food writing.

Students will explore both fiction and nonfiction narratives of food, as well as how they have evolved over time, from writers such as Helen Rosner, Chang-rae Lee and Michael Twitty. Students will also have the opportunity to craft food writing of their own.

While this is the first time Food Writing has been offered, McKenna Tanner, a Hanszen College freshman, took Introduction to Fiction Writing with Washington in fall 2020 and appreciated the opportunity to learn from an up-and-coming author.

“As a creative writing concentrator, it was pretty cool to be learning from someone who is actively writing and getting published as he’s teaching the class,” Tanner said.

Looking for a one-hour class that introduces topics in Earth science? EEPS 114 is an overview of recent discoveries and research in Earth, environmental, and planetary science taught through discussions with graduate students and faculty in the department, as well as lab visits and demonstrations.

Topics covered in the class include volcanoes, earthquakes, climate and the dynamics of Earth’s interior.

Gonnermann said a different faculty member and their graduate students will give a presentation about their area of research each week. Kirsten Siebach, an assistant professor of Earth, environmental and planetary science at Rice, is part of NASA’s Mars rover team and will lecture about her Mars research.

HUMA 128: Why Did So Many Die? with Timothy Schroeder

Timothy Schroeder, a professor of philosophy, said he proposed HUMA 128 to the School of Humanities a couple months back with the working title “Why The Fuck Did that Just Happen?” The School of Humanities has been offering “Big Question Courses” on various topics, and Schroeder had his own big question he wanted to explore with students.

The question: Why did so many die? Schroder explained that instead of the United States leading the world in pandemic response as it should have, something went terribly wrong, leading to the loss of over 500,000 American lives due to COVID-19.

“In this case, [creating this course] was just reacting to the moment,” Schroeder said. “You can’t help but think about [the question]. We all thought so much about it, but you’d like to think about it systematically. And this is the moment. In a year I hope we’ll have the luxury of caring about other things … this is the moment to ask this question.”

During this class, Schroeder said he wants to explore the question of blame in the frame of the global pandemic.

“The idea of the course is [that] something went wrong [so] who’s to blame for that? And that’s a really crude finger-pointing kind of question,” Schroder said. “Because I’m a philosopher, as soon as I want to ask that question myself, my second thought is then, ‘What makes it okay to blame anybody? Is it ever okay to blame anybody?’”

Schroeder also hopes students will be able to take substantial action in response to these questions. If students are interested, Schroeder wants them to talk to Peter Hotez, a scientist and dean of the National School of Tropical Medicine at Baylor University prominent in discussions of the U.S. COVID response, about what he thinks went wrong and how to do better in the future.

“If the class wants to say, ‘Why did Rice make the decisions they made? … And how well did Rice do compared to Houston?’ for instance, those are great questions, and Rice itself hasn’t made a big effort to very clearly and publicly answer those itself. But our class could,” Schroeder said.