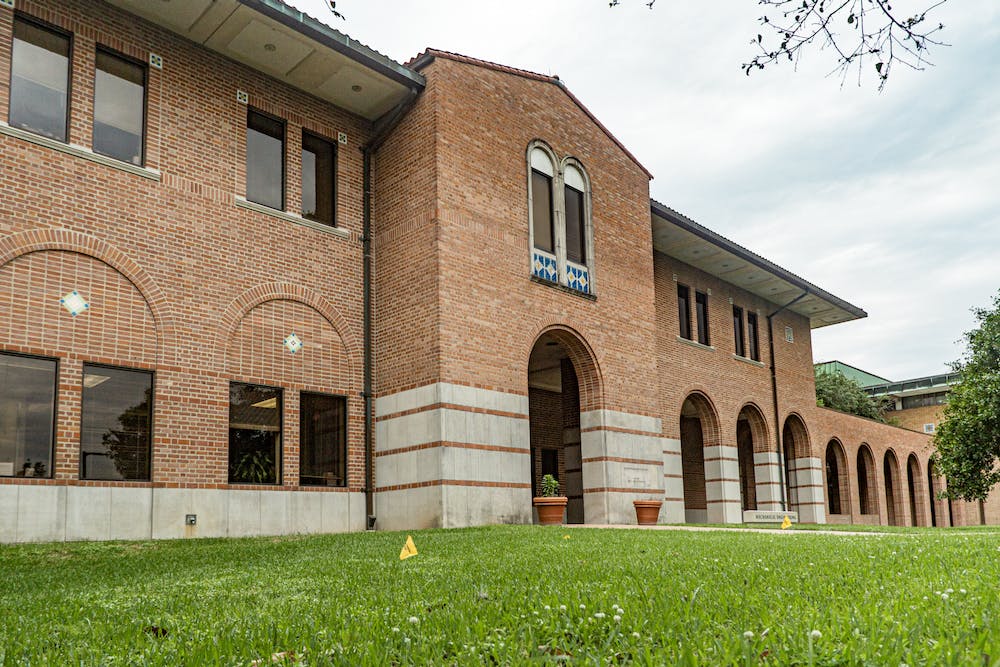 If the mechanical engineering undergraduate population grows alongside the recently announced 20 percent student body expansion, the department will need more faculty, more teaching and grading support, greater classroom capacity and additional funds for equipment, according to the Mechanical Engineering Undergraduate Advisory Board. The Undergraduate Advisory Board discussed the state of the MECH department and its future at their town hall on April 14.

Undergraduate Advisory Board junior representative Audrey Yao said the upcoming undergraduate expansion may grow the MECH undergraduate population by more than 20 percent because engineering majors have been very popular.

“As we’ve seen in the past, more students go into engineering, so we could expect to see a larger percent population increase in our department,” Yao said. “So that means class sizes of about 78 to 98 people — if you’ve ever been in a MECH class with 60 or 70 people, you know that that is a big number and may not bode well for the MECH department.”

Rodriguez said the MECH department needs more conceptually and experimentally focused faculty to teach a larger student population. She said that simply creating more sections is undesirable because a higher teaching load diminishes the experience of both the instructor and the student.

“We need more faculty to teach the core classes of the MECH department. We don’t want 100-person classes,” Rodriguez said.

Yao said that MECH is one of the most popular majors on campus: Out of the 4,052 undergraduates, 162 students are MECH majors, according to data from the Office of Institutional Research. Yao said this figure excludes the students who are taking MECH classes and intend to declare the major but have not yet done so.

Yao said that the amount of students who graduate with the MECH major is higher than the amount of students who indicate the MECH major on their applications to Rice since students can change their majors. Schaefer said that at orientation sessions, many students ask if they can major in MECH if they indicated a humanities or social sciences major on their application.

Laura Schaefer (Wiess College ‘95), chair of the mechanical engineering department, said most of the hiring decisions, which have been targeted to cutting-edge areas, don’t directly address the fundamental needs of the department.

“A lot of faculty that have been hired in recent years in some of these hotter areas end up primarily teaching upper-level undergraduate classes — which are elective classes — or graduate classes, and they teach in departments that don’t necessarily have the same kind of teaching need,” Schaefer said. “And so [our concern is] that we [need to] balance all of these things, that we don’t just chase the hot areas, but we build fundamentals that are important to our student experience and are also really important to things like ranking.”

According to the Undergraduate Advisory Board, the ratio of students to faculty teaching undergraduate courses in the MECH department this semester is about 12.5:1. Rodriguez said only computer science has a higher student to teaching faculty ratio of 14:1.

“[After] the past expansion that happened about a decade ago, the MECH department should have tripled in size in order to be in parity with other departments,” Yao said.

More teaching assistants would be needed as well, especially since the MECH department recently reduced the length of Ph.D. students’ TA duties from three years to two years to be in line with other institutions, according to Rodriguez.

Rodriguez said a larger MECH population necessitates additional computers and equipment along with funding for their maintenance. The MECH department’s resource allocation model is not based on the number of undergraduate students, according to Rodriguez.

“That means that if we get a significantly more than 20 percent increase in [the] number of MECH students, we aren’t going to get more money … to support those students and support the activities associated with those additional students, which, for obvious reasons, is a very big concern,” Rodriguez said.

Nakhleh said that space availability is a serious issue for all engineering departments.

“We in the School of Engineering have a serious space problem. This is not just for mechanical engineering,” Nakhleh said. “The good news is that we are going to have a new engineering building. It’s going to open in January 2023 … The current plan is that this new building will have two classrooms that seat 100 students each.”

Nakhleh said the mechanical engineering department will not receive space in the new building, according to the current plans. However, members of other departments will be moving into the new engineering building — freeing up space that they previously occupied, according to Nakhleh.

According to Nakhleh, making projections about undergraduate majors at Rice is difficult.

“When the students are allowed to change majors anytime they want, even in their junior year, it becomes very hard to make projections,” Nakhleh said.

Nahkleh said he is willing to sit down with MECH student leaders and the MECH department chair to discuss data that the students were previously unable to obtain from the Office of Institutional Research. Nakhleh also said that in August, the dean’s office, in coordination with the departments, will examine the impending population growth and its effects on class size, instructor needs and other aspects of the undergraduate experience.

“We definitely want to get this data from the departments, and I will definitely be going and talking to the central administration about this,” Nakhleh said.

Nakhleh said the department should not be begging for external funding.

“I would say it is scandalous for the university if every time a department needs lab equipment to teach undergraduates, we need to go to alumni and ask for donations,” Nakhleh said. “This is why I’m saying that I would like to get this information and I will go to central [administration] and make sure that you get this money for the department.”

Fifth-year MECH student Jeff Michel said he was grateful for students’ action toward improving the department’s situation and the dean’s willingness to help. Michel said that his MECH cohort was smaller than usual because many people were unhappy with the MECH experience.

“This is a serious problem that we need to advocate for ourselves for,” Michel said. “Looking at all of this, I don’t see institutional mechanisms like a funding model that’s based on the number of students that can advocate for us. So we are ultimately the drivers here, and we need to be able to speak up and stand up for ourselves in this case.”

Schaefer said that the relationship with upper administration is not adversarial but informational, and the department’s deficiencies need to be made known. Various groups, including the REA, are working together to make Rice the best place it can be, according to Schaefer.

“We need to make sure that the increased revenue that we get from the additional tuition is allocated in a way that meets student needs, and the upper administration needs to understand that we’re not just asking for this because we’re greedy, we’re asking for this because it’s a fundamental deficit that there is no other way to overcome,” Schaefer said.

According to Schaefer, faculty like herself share students’ concerns about the department, and she has spoken about these issues at Faculty Senate meetings. She said the MECH department’s undergraduate teaching fellow program is not only an opportunity for students to gain teaching experience but also a creative solution to the lack of TAs.

“What is a university? The university is the sum of its people, and what makes someone have a good university experience and then reflect nicely on that university afterwards is the experience that they have, as undergraduates,” Schaefer said. “It’s very short-sighted to chase these areas without focusing on the overall undergraduate experience because why do people choose Rice?”