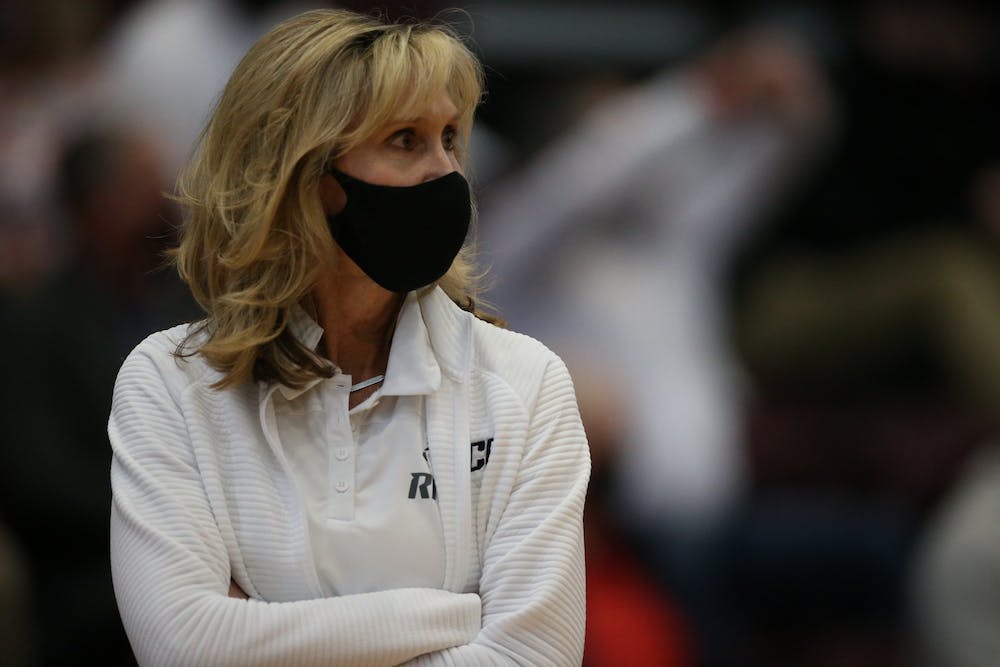 According to Rice Athletic Director Joe Karlgaard, while the program will be sad to see Langley go, her departure has given him a chance to appreciate much progress the program made under Langley.

“[Monday] was a sad day for Rice basketball,” Karlgaard said. “But [it was] also a day of reflection on just how far this program has come since 2015, and a day of gratitude for all that coach Langley brought to this university, to this athletic department, and to our basketball program.”

In 2015, Langley took over an Owls program that hadn’t had a winning season since 2010-11. Under Langley, Rice became a perennial contender in the conference. By just her second season, Langley was able to lead the Owls to a 20-win season, a mark that they were able to repeat in each of the next four seasons. That stretch included the Owls’ first appearance in the Associated Press Top 25 rankings in program history, and three consecutive Conference USA regular season titles.

Langley leaves Rice on the back of a season in which the Owls lost the C-USA title game in the final seconds (despite winning the conference in the regular season), before winning each of their games in the WNIT, the second-most prominent postseason tournament in the sport, by double-digits. In her introductory statement at Washington, Langley said she was thankful for her time at Rice.

“I’d be remiss if I didn’t thank everyone at Rice for everything they’ve done for me the last six years,” Langley said.

Langley will look to replicate her success at Washington. She takes over a Huskies program that has struggled in recent years. While the team was once nationally relevant, making 16 NCAA tournament appearances in a 23-year stretch from 1985 to 2007, they have only had one winning season since their Final Four appearance in 2016, and won just seven games this past season. Langley said that she is excited to coach at a school with Washington’s athletic pedigree, and make the leap from C-USA to the Pac-12, which she called the best conference in the sport.

“[Washington] is an elite institution that offers an unbelievable opportunity both academically and athletically,” Langley said. “I’m humbled to have the opportunity to compete in the best conference in women’s basketball.”

Rice has already begun their search to replace Langley. According to Karlgaard, the Owls will primarily look for candidates with head coaching experience and they expect the search to last 10-20 days. Karlgaard said that Rice will look for a well-rounded candidate to fill Langley’s shoes.

“We’re not specifically looking for a recruiter, or an X’s and O’s coach, or a great delegator, or a values coach,” he said. “We’re looking for [someone who can be] all of those things. We have to check all of the boxes. The women on our team deserve that.”

Langley’s departure is the latest question mark for a team that could look very different next season, as they look to follow up their WNIT title. According to Karlgaard, Rice hopes to find a coach who can not only replicate Langley’s success, but build off of it.

“We have a great foundation, we’re a well-resourced program, and we have a better profile than we did when we hired coach Langley,” Karlgaard said. “So we’re excited to launch this search and find someone who’s not only going to sustain the success that we’ve had, but improve upon it.”