What comes next for Rice women’s basketball? 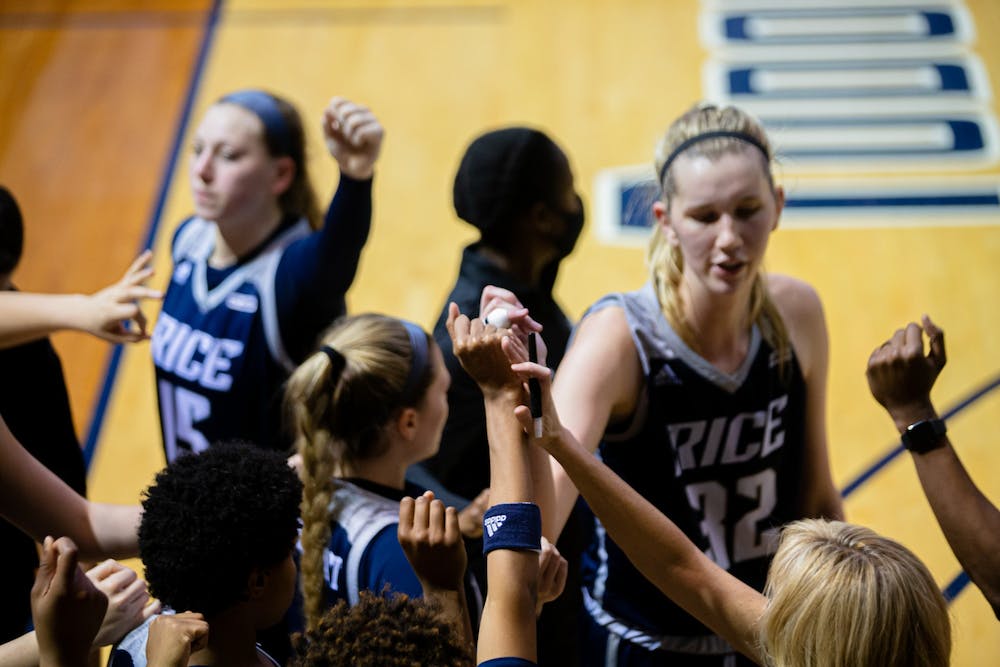 Following a disappointing loss to Middle Tennessee State University in the Conference USA championship game and not being selected for the NCAA March Madness tournament, Rice women’s basketball now faces the age-old question: Where do they go from here?

In the immediate future, they have another tournament. As the C-USA runner-up, they receive an automatic bid to the WNIT tournament, which takes place over the coming weeks. Despite all the surprises brought by this year, the Owls were the epitome of consistency with their starting lineup. For 22 straight games over the entire season, the same five women trotted out onto the court as the starting five. So although we have not seen the last of this parliament (a group of Owls), the question on everyone’s mind is what exactly will the team look like next year?

Potentially, the team could remain exactly the same. Due to the pandemic, the NCAA granted an extra year of eligibility to all winter sport athletes, meaning that if they choose to do so, this exact team can stay together and suit up for the blue and grey next year.

It’s unclear how likely that is to happen at this point, but there’s a compelling case for this team to stay together. They went 18-4 this season, won the C-USA West without much of a fuss. Should they choose to, it’s likely that head coach Tina Langley would gladly take them all back to make another run at a C-USA championship next season.

But of course, that the entire starting lineup will return is far from a sure thing. The biggest cause for this uncertainty is senior center Nancy Mulkey. It’s not a stretch to say that Mulkey is the heart and soul of this team, especially on the court. She is the anchor of their defense, and much of their offense runs through her as well. She finished this season averaging 15.7 points per game, 8.1 rebounds per game and a total of 73 blocks, the latter good for No. 8 in the nation.

A semi-finalist for the Naismith Women’s Defensive Player of the Year award, Mulkey could realistically transfer to a host of other programs to play her final year of eligibility. There is also a very real possibility that she is selected in the WNBA Draft.

If Mulkey does fly the coop, next in line would be sophomore forward Lauren Schwartz. After a respectable freshman year, Schwartz embraced her larger role in the offense this season, finishing with 11.6 points per game, second only to Mulkey. She was also named to the C-USA All-Tournament Team, as she averaged 15.7 points per game during their tournament run.

Schwartz is, for lack of a better term, the future of the Rice women’s basketball program. Should Mulkey choose not to pursue another season on South Main, Schwartz would become the de-facto leader of the team.

Wiggins was the workhorse of the lineup, leading the team with 32 minutes per game. Smith led the team in assists with 88, and Crosthwait tied Schwartz for most three-pointers made with 34.

Looking toward next year, it’s clear that the Owls would not be left high and dry without Mulkey. But it’s hard to overstate her importance to this team. I’m never one to bet against Tina Langley, but I don’t see how a Mulkey-less Owl team manages to retain the success we’ve become accustomed to seeing out of this program.