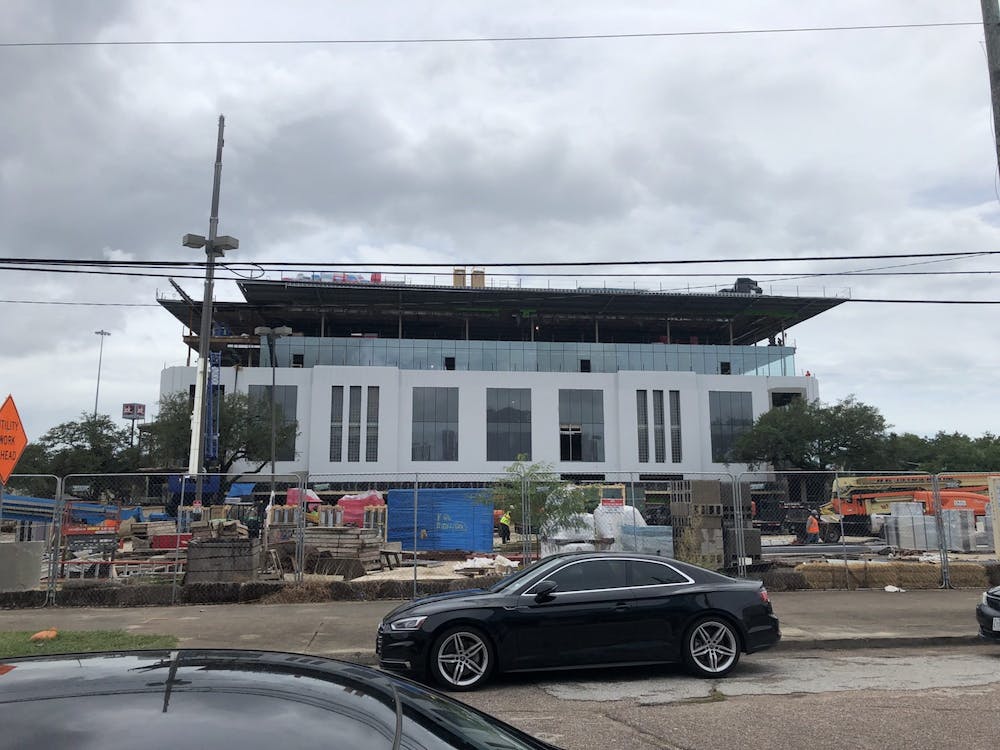 The Rice Management Company’s current construction of the Ion in the Third Ward has continued to spark controversy within the community. During the past year of ongoing construction, the International Union of Painters and Allied Trades has brought attention to the alleged mistreatment of workers from Milam & Co Painters, a company subcontracted by Rice for the Ion construction project.

The Houston Coalition for Equitable Development without Displacement and IUPAT held a car rally to protest this issue at the Ion construction site on March 7. According to Herrera, the purpose of the rally was to bring to light the issue of worker mistreatment at the construction site.

Sam Dike, Rice Management Company’s manager of strategic initiatives, stated that the company’s priority is to ensure that all of their contractors and their subcontractors are paying people in accordance with federal and state laws.

Dike also said that to his understanding, Milam & Co workers are not only allowed, but also encouraged to take rest and water breaks throughout the day.

The construction of the Ion is a C3 (construction, career, collaborative) project, so its workers are meant to comply with the industry-wide standards set by the C3 nonprofit agency. According to Dike, when allegations were first brought up against Milam & Co Painting last fall, C3 had done on-site interviews with two employees from Milam & Co and did not find anything that substantiated the claims that had been made.

“People can make allegations but what has happened to substantiate those claims … has evidence been brought forward?” Dike said.

According to Dike, the Rice Management Company does not get involved in personal disputes between private parties and would only get involved if there was a case of a violation of federal or state law, which to Dike’s knowledge, is currently not the case.

“If there were substantiated claims of violation of federal and state law, that’s something that we would have to take into consideration in terms of our relationship with that particular partner,” Dike said.

“Milam employees like to maintain a level of anonymity due to retaliation [by the company],” Herrera said. “To this day, three workers have been retaliated against for concerted activity and many claim to have been questioned about affiliation with the union.”

“Issues are not often legal and we feel that concerns, whether legal or not, should be addressed,” Herrera said. “While some of these [concerns] are not legal they should be addressed by the company and [Rice Management Company]. Otherwise, we could have contractors that pay minimum wage and are disrespectful to their employees if the only means for action [was that] workers made complaints on [a] legal basis.”