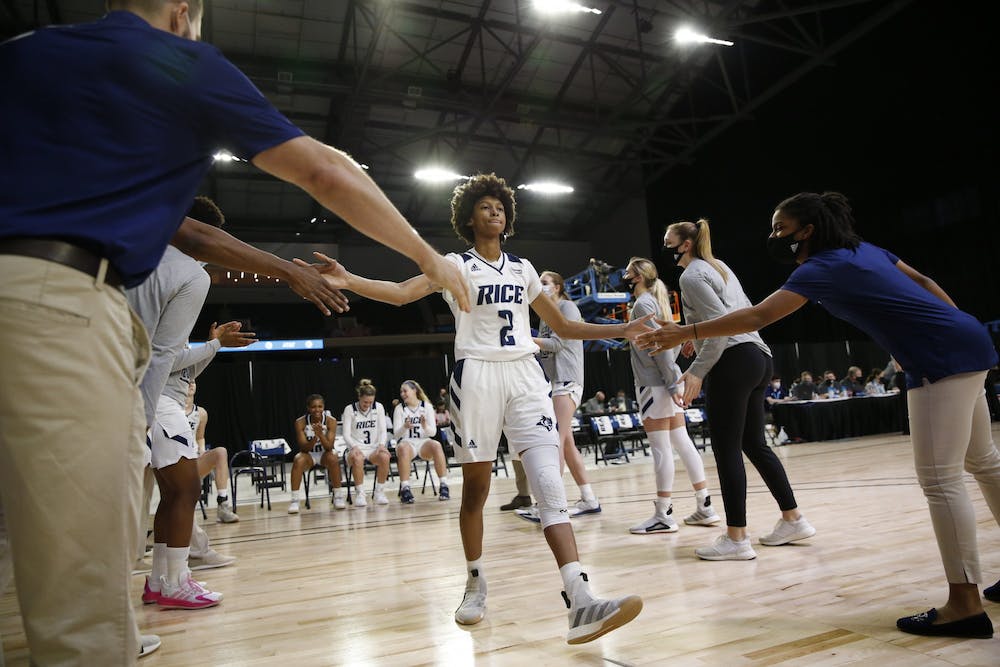 The Rice women’s basketball team, in an impressive showing, cruised to their program’s first WNIT Championship this past weekend. Despite their imminent victory, the question on my mind as the final seconds of the championship game against the University of Mississippi ticked off the clock was less than celebratory: Should the Owls have even been in the tournament in the first place?

The easy answer to that question is no, they shouldn’t have. They should have been invited to the big dance, NCAA’s March Madness, because they are one of the top 64 women’s basketball teams in the county this year. Evidence abounds in support of this claim — starting with the results of the tournament themselves.

The Owls won five straight games throughout the course of the WNIT, and none of them were particularly close. Their closest contest was the semi-final match against the University of Delaware, and even then the Owls beat the Blue Hens by an even 10 points. The Owls won their games by a combined total of 73 points, averaging out to 14.6 points per game. Those are blowouts.

In their final game of the tournament, the Owls held Ole Miss to an abysmal 30 percent shooting percentage from the floor. Rice, meanwhile, went about their business; they finished shooting 50 percent from the field, senior center Nancy Mulkey recorded seven blocks, and the Owls walked out of My Town Movers Fieldhouse (a high school gym, by the way, but that’s a discussion for a different time) victorious.

The Owls’ success in the WNIT shouldn’t have come as a surprise to anyone. Entering the tournament, the Owls had a record of 18-4.  The Owls’ record doesn’t even tell the whole story, as one of their four losses came in the final seconds against now No. 4-ranked Texas A&M University, and another was their three-point loss in the C-USA championship game. Meanwhile, four teams with double-digit losses received at-large bids to the NCAA tournament over Rice. The logic there was likely that those teams had tougher schedules than the Owls, but between holding their own against A&M, and a 19-point victory over Texas Tech University, who finished in seventh place in a top-tier conference, Rice proved themselves against tough competition all season.

If the Owls waltzing through the WNIT championship game wasn’t enough to convince you of the grave injustice committed by the NCAA selection committee, other metrics almost certainly will.

Every week, rankings are released naming the top-25 women’s basketball teams in the country. For the final six weeks of the season, Rice, along with a handful of other schools, received votes in these rankings. Even if they were not a top-25 team, they were consistently in the conversation. That alone should qualify them for the tournament. But instead, after falling in the Conference USA Championship game, the Owls were passed up for the tournament because no one, least of all the selection committee, holds C-USA in high esteem.

At the end of the season, the NCAA released their NET rankings of every program in the country. This year, Rice was No. 65.

But the NCAA works in mysterious ways. Nine teams ranked ahead of the Owls also missed the big dance, and were placed in the WNIT. The Owls never met the highest-ranked of those teams, the University of Missouri (No. 38), after they lost in the first round. The Owls beat the second highest-ranked of those teams, Ole Miss (No. 41), in the championship.

This season is now officially over, and who knows what the future has in store for Rice women’s basketball. But if Tina Langley and Co. can put together a similar regular season in 2022, with or without a conference championship, it would behoove the selection committee to remember that no team in the WNIT could come within 10 points of these Owls.