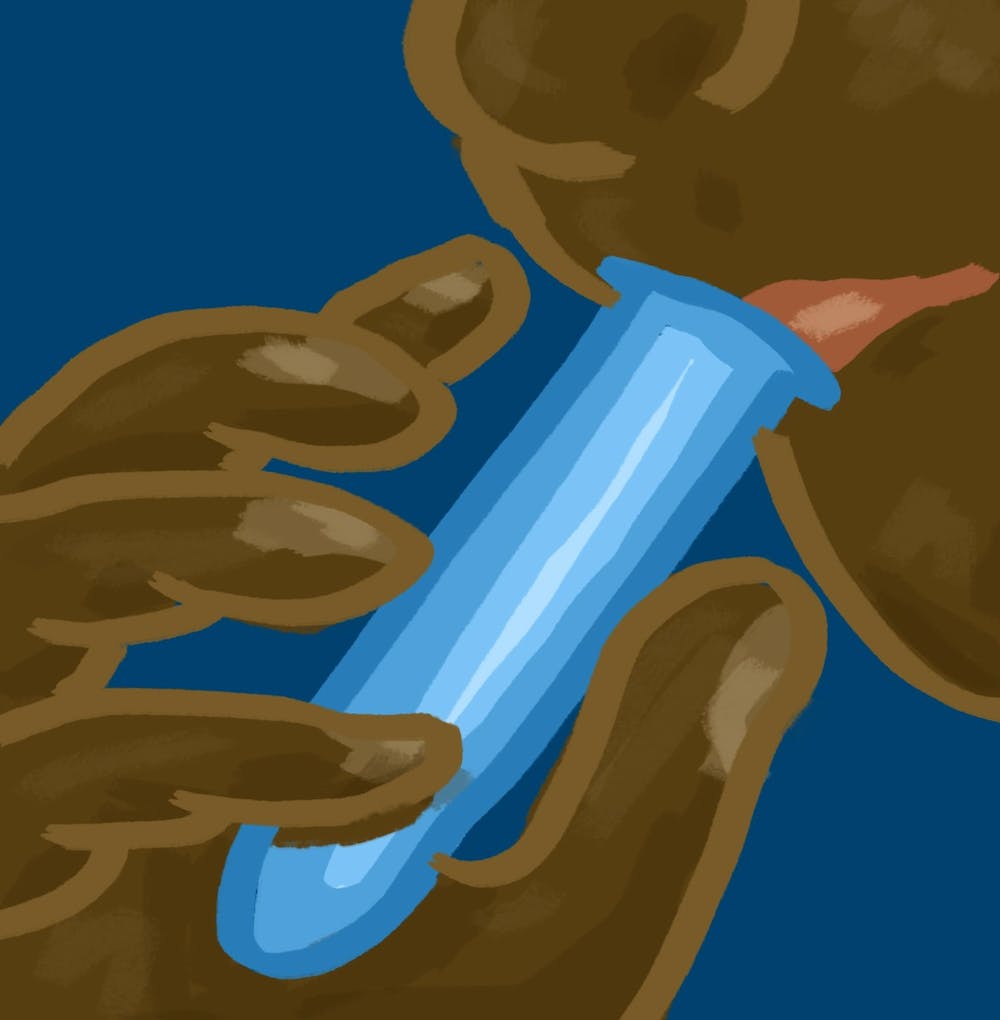 Rice students are currently taking part in a research study to evaluate a new SARS-CoV-2 test developed by the bioengineering department at Rice. Led by bioengineering professor  Rebecca Richards-Kortum, the research lab is recruiting test participants from the Rice student body and has already hosted testing sites within several residential colleges, including Wiess and Will Rice Colleges. According to Richards-Kortum, any student enrolled at Rice is eligible to participate in this study.  While 1,500 students have participated in the study so far, Richards-Kortum said the number of participants necessary to conduct the study will depend on the rate of positive samples the lab receives.

This novel test developed by the Richards-Kortum lab uses an isothermal amplification method called LAMP to detect viral DNA and is faster and cheaper than polymerase chain reaction (PCR) testing, according to Richards-Kortum.

“When our test is compared to PCR using nasopharyngeal samples, results agree more than 90 percent of the time. The research study we are conducting is evaluating the performance of the test with saliva, which is easier to collect,” Richards-Kortum said. “Other studies have shown that the amount of virus in saliva is comparable to that in nasopharyngeal samples so we are hopeful that the test will perform well with this type of sample.”

According to emails sent out to the student body to recruit participants for the lab, the testing process doesn’t require a nasal swab. Instead, participants will passively drool, or simply spit, a saliva sample into a test tube and may be asked to take a follow-up PCR test after receiving their results, which will be emailed 24-48 hours after taking the test.

Wiess senior Zac Zalles, a participant in the study, said the process was relatively quick and simple.

“[You] just scan a QR code, fill out a four-line form, get the tube and spit in it. Altogether, it took me three minutes,” Zalles said. “[It was] the complete opposite of uncomfortable, so definitely easier [than other COVID tests]. Even self-administered tests [using nasal swabs] had some bit of a burn and made me sneeze, so this is preferable.”

Angela Torres, a Wiess freshman, volunteered for the study twice. According to Torres, the process had fewer steps than the weekly nasal swab COVID tests.

“[In] the normal swab test, you move the swab around in fluids after inserting it nasally. With the spit test, it was just open, spit and close,” Torres said. “The only disadvantage from the spit test was that it felt awkward and a little embarrassing to have to spit into a tube, especially since the door to where I was located was clear and visible.”

Both Zalles and Torres said the saliva test was preferable over the nasal swab COVID tests.

“They’re quick and easy, and they don’t make you sneeze like the nasal swab tests sometimes do. It’ll just take a little getting used to to casually spit in a tube. My second time doing it was definitely less embarrassing, and I even recorded myself doing it just for fun,” Torres said.

According to Colin Chan, a Will Rice senior who also volunteered for the study, it is difficult to keep all the saliva within the small test tube provided for the test and could potentially take longer for people with dry throats and mouths. Chan said his test preference depends on whether the test would be administered publicly or privately.

“In my opinion, I would prefer using the nasal swab ... if [testing] has to be administered in public,” Chan said. “If we were allowed to self-administer the saliva test ourselves in our rooms then I think [the saliva test] would be preferred.”

“We are thankful for the students who have partnered with us to further this research, and ultimately hope to be part of creating a more efficient and affordable solution to COVID testing,” the Crisis Management’s COVID testing team said.

In an email sent out on Nov. 16 to the Rice undergraduate student body about the upcoming spring semester, Dean of Undergraduates Bridget Gorman included details about the anticipated timeline for implementing the LAMP test across campus. According to Gorman, Rice will continue to rely on PCR testing while the LAMP test is still under research, but the university hopes to implement  LAMP testing by early next semester.