COVID-19 test site differences, a fourth option in the works 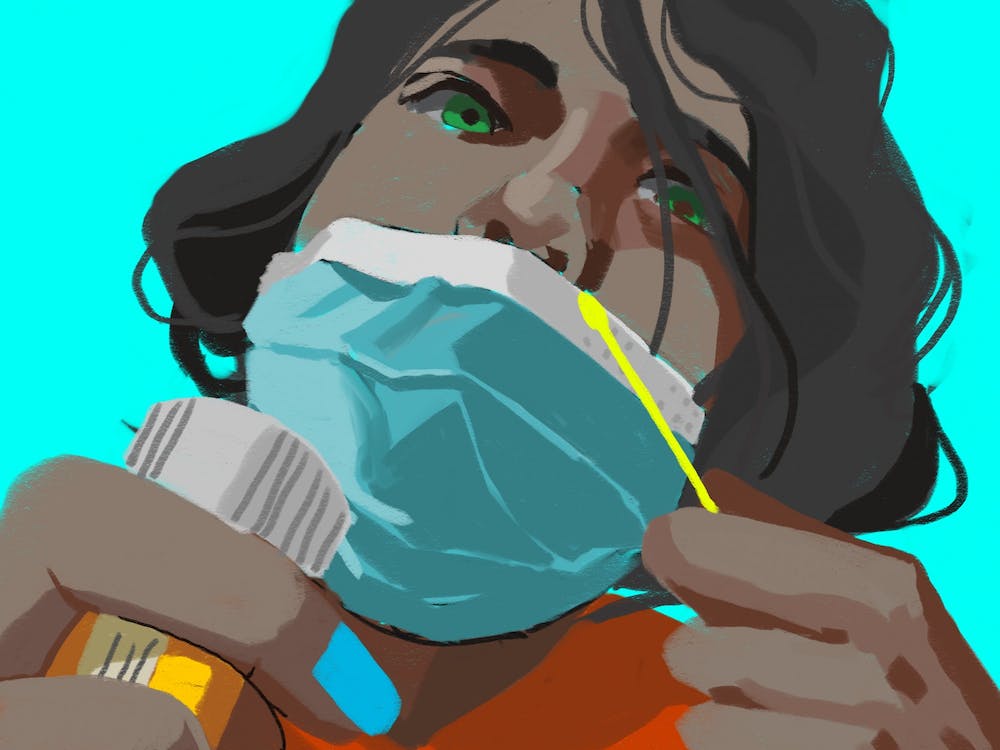 All three of these current sites (Abercrombie Engineering Laboratory, East Gym in the Tudor Fieldhouse and The Roost at Reckling Park) offer polymerase chain reaction testing. Bioengineering professor Rebecca Richards-Kortum said that her lab is working with the MD Anderson Cancer Center to develop a nucleic acid test for the fourth testing option.

“It is similar to PCR in that it amplifies nucleic acids, but uses an isothermal amplification process called [loop-mediated isothermal amplification],” Richards-Kortum said. “The advantage over PCR is that LAMP is simpler, faster and requires less expensive instrumentation. We are evaluating the performance of the new test with saliva as well as nasal swabs.”

Two contracted vendors, Baylor Genetics and Houston Methodist Hospital operate the three testing sites on campus. At the start of the semester, when students first returned to move in on campus, the university also had a contract with CVS to provide rapid result molecular tests.

“The reason we wanted to have more than one is that if something went wrong, or if that vendor couldn't provide us with testing — say their whole lab gets wiped out because everybody in there gets COVID, or they can't get their reagents or supplies — we can't rely just on one vendor,” Kevin Kirby, chair of the Crisis Management Advisory Committee, said.

According to Kirby, Rice staff were initially volunteering at the testing sites, but after the first few weeks of the semester, they have been entirely staffed by the contracted vendors.

“I volunteered there, Bridget Gorman volunteered there. We were just checking in people, giving people results back on the rapid test, helping our vendors, if they needed a table or needed water or something,” Kirby said. “But we've worked all that out and now we don't have any of our own people volunteering in those testing centers anymore.”

Sampling techniques can differ between locations, according to Kirby. For example, the tests are self-administered at Abercrombie and Tudor, but are administered by a site volunteer at Reckling.

Makayla Franco, a junior at Hanszen College, said she specifically chooses to be tested at Reckling Park because of this distinction.

“I get my test results back the same day and I feel confident that they’re more accurate because they administer the test,” Franco said. “Like yes, they are literally sticking a long q-tip into your nose but if that’s gonna happen at least I’m making sure that it's done right.”

According to Kirby, in both contracts with their vendors, the vendors are required to test provide results within 48 hours.

“The turnaround time is really, really important,” Kirby said. “What you see all over Houston is getting results five, six, seven days later, and the problem with that is, by then you've come in contact with so many other people. Ideally, you want a very rapid turnaround time, and so for us, we've been getting almost all our results in 24 hours or less, often the same day, which is better than what our contract requires.”

Kirby said there have been very few cases where test results were not delivered within that 48 hour window, and that these rare cases were oftentimes the result of people incorrectly marking their birth date when signing up for a test.