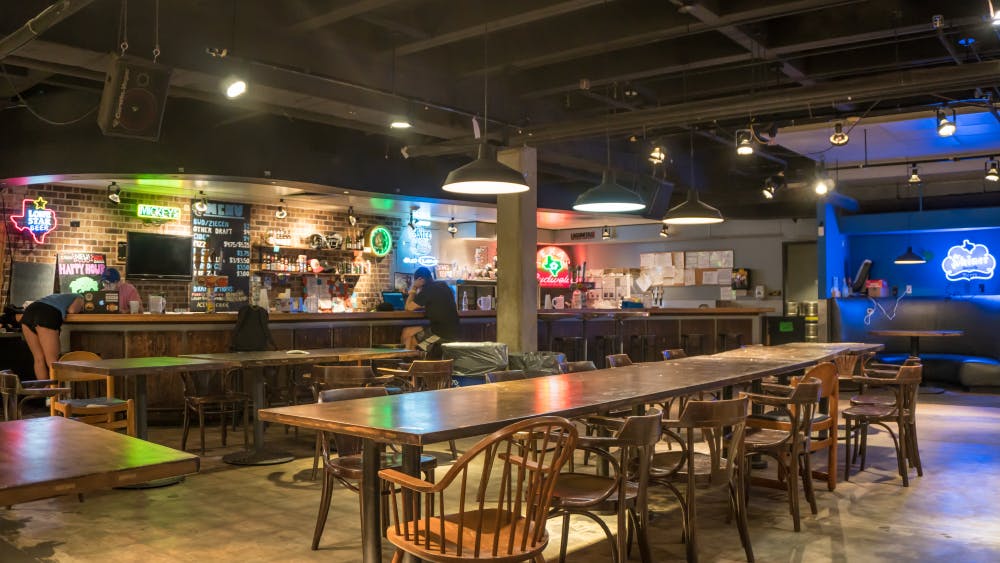 Willy’s Pub raised over $39,000 by Sept. 28 to go towards reopening the business, almost doubling their initial goal of $20,000, according to General Manager Emily Duffus.

Duffus, a McMurtry College senior, said that Willy’s Pub faced financial challenges starting after it closed for most of the fall 2017 semester due to damages from Hurricane Harvey. In the spring 2020 semester, Pub was open for three weeks before it closed again.

Duffus said that Pub initially planned to petition Dean of Undergraduates Bridget Gorman to reopen after they were asked to close for the semester since the initial closure was not related to the pandemic. However, Pub was not able to complete the petition process before all of campus closed.

Before reopening in January 2020, Pub had repurchased equipment that had broken over winter break and new inventory, and wasn’t able to recover the losses because they closed so early in the semester, according to Duffus.

Pub also pays $850 per month in rent for their space in the Rice Memorial Center, and initially expected to have to pay rent during the months that Pub was closed, according to Duffus. Duffus said that Frank Rodriguez, the board president for V&W Permits which oversees Pub’s permit, was able to petition Rice to have some months forgiven.

“I think [Rodriguez] had to petition each month,” Duffus said. “So we’re not sure exactly how many months we’ll get it forgiven.”

Duffus said that Pub sought the $20,000 to get new COVID-19 protective gear and disinfectant materials for when they reopen, as well as to pay their employees, who weren’t offered the same financial resources that were offered to some official student-run businesses when campus closed for the pandemic.

“Up until now they haven’t received payment from us,” Duffus said. “We’re a bit more of an independent [student-run business]. So we weren’t able to get even some of that money from Rice. So we have been struggling a little bit.”

Duffus said that Pub had been planning the fundraising effort for the entire summer.

“We knew that it wasn’t a good idea for us to launch the fundraiser and ask people for money until people had started recovering a little bit from the initial wave of COVID,” Duffus said. “But we also wanted to fundraise in anticipation of reopening.”

Pub offered donation gifts, including spots on a “Pub Saviors” plaque for donations of $500 or more, a booth named after the highest donor or group of donors, and currently offers named bar stools for gifts of $1500 or more. Previously, donors of $1,500 or more were gifted a tap named after them, but by Sept. 25, all eight taps had been taken.

Hurst Williamson (Rice ’15) donated in September after Pub started to publicize the fundraiser.

“My wife and I agreed to go on our first date at Pub,” Williamson said in a comment on Pub’s Facebook page.

Another alumna, Katy Turner (Sid Richardson College ’10), said she donated and had many great memories at Pub.

“I’m saving for a house but honestly if y’all were about to say you’re done, I’d just give you my savings,” Turner said in a comment on Pub’s Facebook page.

Duffus said that the donation page will remain open indefinitely, and the donor gifts will be available until Dec. 31. Bar reopenings are currently at the discretion of counties in Texas, and Harris County judge Lina Hidalgo has declined to allow bars to reopen.

Duffus said that Pub has a reopening plan to present to Rice administration once bars are allowed to reopen.

“We love [Pub],” Duffus said. “We’re putting in all this work because we want it to be around for years.”

[10/19/2020 11:23p.m.] This article has been corrected to reflect the fact that only some, not all, official student-run businesses received aid from Rice when campus closed for the pandemic.