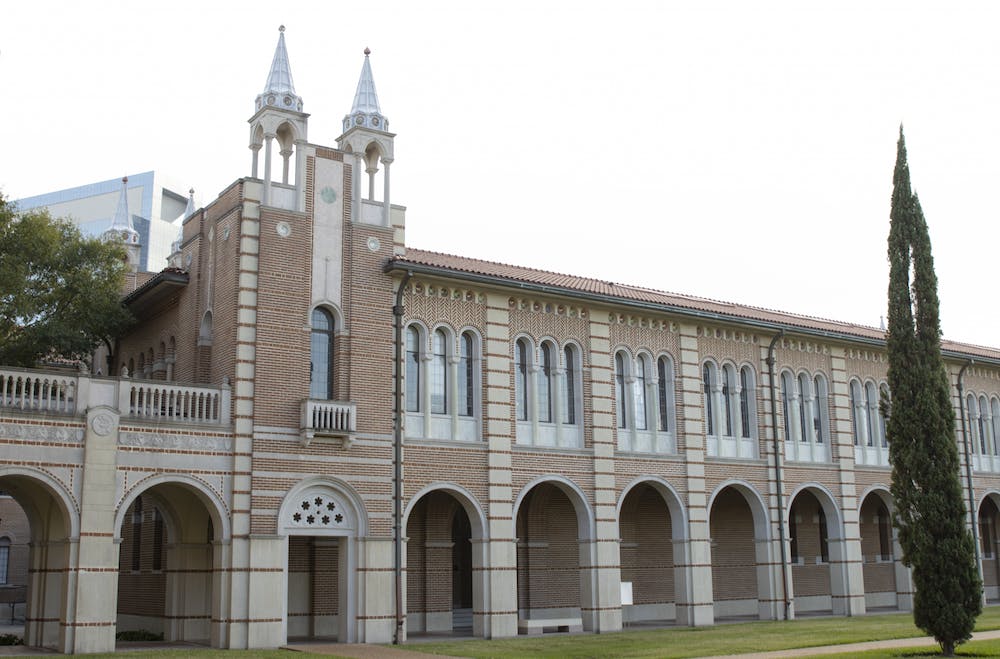 The three recommendations that the Faculty Senate pass/fail working group presented in January were to raise the pass threshold from a D- to a C-, to not allow students to reuse pass/fail designations that they uncover at the end of a semester in later semesters and to allow students to take one of their major requirements pass/fail. Raising the pass threshold would result in a P/D/F system, where students can get either a passing grade, a D+, D, D- or an F on their record.

Johns-Krull said that he fully expects that the third recommendation, regarding allowing students to only take one major requirement pass/fail, will change before it comes up for a vote again.

“I feel 99 percent certain that the final version of the recommendations that is voted on is not what you see right now,” Johns-Krull said.

At the Faculty Senate meeting in September, physics and astronomy professor Patrick Hartigan said that the reason for pass/fail was for students to take classes they wouldn’t normally take, not for major requirements.

“I really don’t see any reason why, if it’s going to be your major, that you would want to hide one of the grades,” Hartigan said. “I think that’s not helpful for our reputation generally as a degree-granting institution, and I don’t think it’s really in the spirit of the reason why pass/fail is there.”

Dean of Graduate and Postdoctoral Studies Seiichi Matsuda said that students who use pass/fail on major requirements to boost their GPA for graduate school applications may not know how to use pass/fails effectively.

“From the graduate admissions side, in general, a B, even in an important course, isn’t going to kill someone’s application even at the best of schools. One C in an important course really can kill someone’s grad application,” Matsuda said. “I think the problem with allowing this pass/fail is someone might be covering up a B+ or an A- because they want to polish their GPA, and a pass that might be masquerading a C really might be enough to kill an application.”

Brown College Student Association Senator Gargi Samarth said that the SA Senator cohort feels overall that it would be beneficial to have a town hall or some sort of open discussion with members of the faculty senate about a lot of these concerns.

“This is something that affects the entirety of the student body,” Samarth, a sophomore, said.

Samarth said the SA Senate felt that some of the Faculty Senate’s recommendations were not as substantiated with data as they would have liked.

Johns-Krull came to the SA Senate meeting on Oct. 12 to answer questions about the proposed recommendations. At the meeting, Wiess College President Lauren Biegel said that eliminating the ability to be flexible with pass/fails would do a lot of harm to students’ mental health and peace of mind.

“I don’t understand how taking that away [the ability to recycle pass/fails] would resolve the problem of students leaving pass/fails on major requirements,” Biegel, a senior, said.

Baker College SA Senator Lily Sethre-Brink said that the data the SA collected on student perspectives seemed to conflict with what the Faculty Senate saw as issues for students.

“Almost everybody unanimously [said] they didn’t want these recommendations to go through. I continue to hear that at my college,” Sethre-Brink, a sophomore, said. “I’m just confused on why y’all aren’t listening to the data from students that the SA has already put out saying we don’t want these things.”

Lovett College SA Senator Jared Butler said that the Faculty Senate’s first proposed recommendation would not have any bearing on students’ grades, but would have an impact on the way students evaluate pass/fail grades.

“Students would have the additional pressure of trying to feel like they’re keeping up a C- level of work in the class, even though it’s already been proven and it’s already in the report that students don’t just give up on pass/fail classes because they want to get their pass/fail back,” Butler, a sophomore, said.

Johns-Krull said at the meeting that while the Faculty Senate does listen to student concerns, and presumably read the student survey results that the SA sent to them, student concerns are not necessarily the deciding factor.

“I do think the [Faculty] Senate pays attention to the students, and takes their feedback into consideration, but by no means do they just do what the students say,” Johns-Krull said.

“Now in fact the vast majority of our peers, that is the way it is [the minimum passing grade is C-], but there are a few that are like what we have now and so students generally speaking want to have the lower standard,” Johns-Krull said.

For the first recommendation, regarding raising the pass threshold from D- to C-, the concern from the Faculty Senate was over whether students using a pass/fail for classes with group work would put in as much effort as their classmates who were taking the class for a letter grade. Samarth said that the SA Senate was met with a lot of the same responses to student concerns that the Faculty Senate had provided the last time the recommendations were up

“We did press the speaker on if they had the data on how many students complained about this group work issue, or what professors had said, but they couldn’t provide us any concrete data on that. So it seemed like it was just speculation, we weren’t too sure,” Samarth said.

Many faculty as well as students are unhappy with the second recommendation, which would stop students from recycling pass/fails, according to Johns-Krull.

“I think it is actually an accident the way we wound up where we are, I don’t think it was originally intended that students would be able to recycle their passes if they uncover their grade,” Johns-Krull said. “I think a lot of faculty see that that is a good thing, that it keeps students more engaged than they would otherwise be, so a lot of faculty are sympathetic for not changing that rule.”

Biosciences Department Chair Ed Nikonowicz said in the Faculty Senate meeting that the original purpose of pass/fails has evolved, and students now use it to relieve some stress as they take courses.

“It’s not like students are … using it and just getting by with Ds, they’re doing pretty well with their pass/fail, so I don’t agree that … the recycling is necessarily a bad thing,” Nikonowicz said.

Other Faculty Senate members were also concerned about the issue of academic dishonesty with using pass/fails on major requirements to inflate GPAs. David Messmer, associate director of the First-Year Writing Intensive Seminar program, said that using pass/fails to misrepresent academic records was not something that should be encouraged.

“We’re a university that abides by an honor code,” Messmer said. “To institutionalize [student] dishonesty seems to me in many ways a bad move.”

English professor Nicole Waligora-Davis said that it was not only an issue of academic dishonesty, but also an issue of diversity, equity and inclusion, because students who do not know that they can pass/fail a major requirement until the last semester before graduation cannot take advantage of the loophole.

“I think if we’re going to institutionalize bad behavior we need to make it absolutely known to every single student that this loophole exists, so we’re not continuing to suture forms of inequities in our university,” Waligora-Davis said. “But I actually think we shouldn’t be encouraging this kind of pass/fail system at all.”

Johns-Krull said that the recommendations will probably come up for a vote again sometime this academic year, as the Faculty Senate continues to do more research on the ways other institutions keep students from taking major requirements pass/fail. Rice is unique, according to Johns-Krull, in that students can declare their majors in the second semester of sophomore year and change their major up until the last semester before graduation.

“I think faculty, in general, are very supportive of that idea, that students should be able to change their major easily. But there’s a tension there between changing your major easily versus not having major requirements taken pass/fail,” Johns-Krull said. “So the question is, how do we design a system around pass/fail that recognizes and works with that flexibility?”