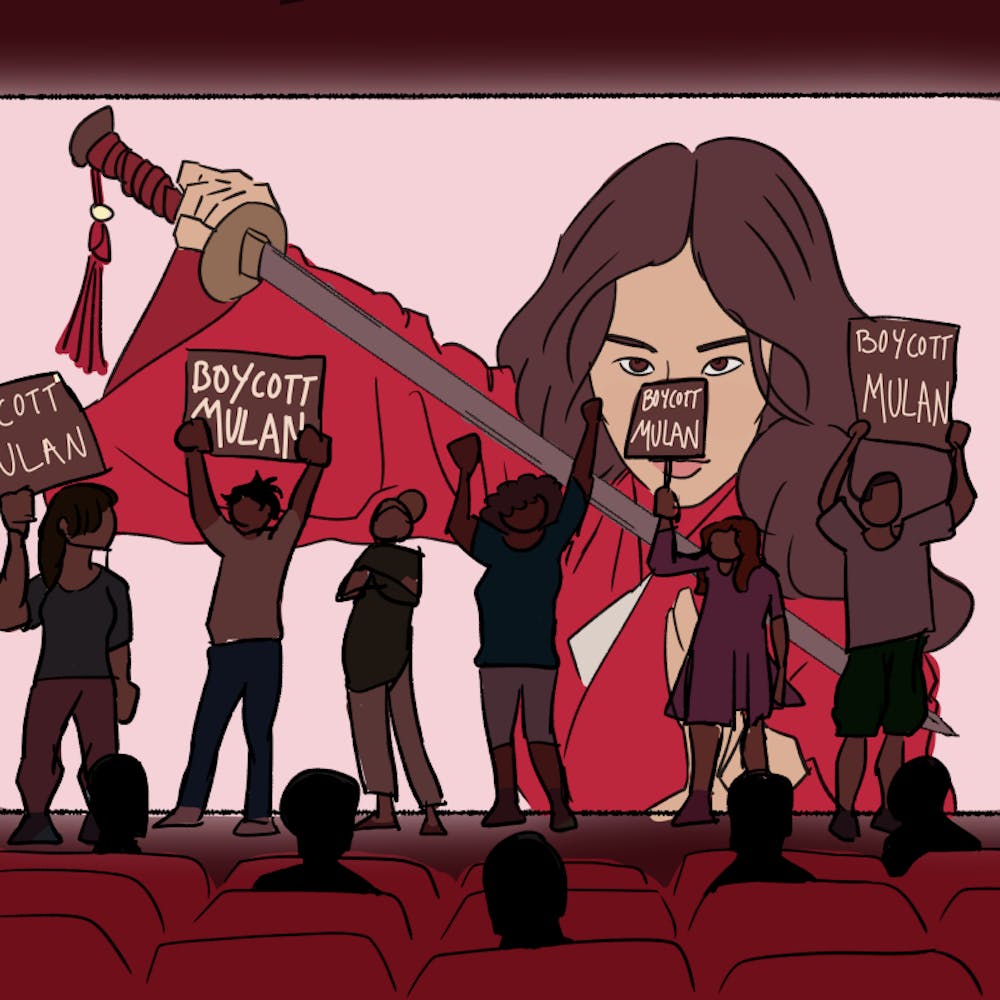 The Rice Program Council canceled the “Mulan” (2020) movie night after students addressed on social media a boycott movement against the film due to one of its filming locations being Xinjiang, China, its end credits thanking local agencies that conduct concentration camps and the main actress’s support of Hong Kong police.

The Night Owl Antics committee originally planned to screen “Mulan” for Rice students because the movie was not easily accessible, according to RPC President Samantha McClendon. The new live action Mulan was released on Sept. 4 on Disney Plus and required its subscribers to pay an additional fee of $29.99 to buy.

The concerns regarding the film were initially brought into the RPC’s attention by a comment on its Instagram post promoting the event, according to McClendon, a Martel College senior. In her Instagram comment, Autumn Engebretson, a Duncan College senior, brought up the #boycottmulan movement and encouraged the RPC to research the issues surrounding it.

According to Irpan Yierpan, a Duncan sophomore, the main reason people are boycotting the  “Mulan”  movie is that it was partly filmed in Xinjiang, China, where there are concentration camps that imprison Uighurs, as seen in satellite images taken by the European Space Agency.

“I am Uighur, and I was born and raised in Xinjiang,” Yierpan said. “I came to the U.S. because there were lots of human rights violations in my region, which have gotten worse in recent years.”

Yierpan said that he doesn’t understand why Disney decided to film there because Xinjiang is currently one of the hardest places to access right now, according to the Associated Press. Even for major news media outlets such as BBC and CNN, it is extremely difficult to enter the region.

According to CNN, Disney also thanked the government agencies in Xinjiang that were conducting the concentration camps in the film’s end credits.

“Disney is such a big company, I’m sure there were people who knew what was going on in Xinjiang. But Disney just turned a blind eye in order to make a profit. It’s unethical, and that’s why a lot of people are boycotting this movie, including me,” Yierpan said.

The RPC apologized for their movie choice and canceled the event in a social media post on Wednesday.

“Our mission as RPC is to enhance undergraduate life and hold events that are inclusive of all students,” the RPC wrote. “We strive to never alienate any group of our student population.”

Engebretson said she thinks the RPC made the right decision to cancel the event.

“I respect students’ willingness to learn more about the situation and make an educated choice on if it was a good idea and matched with the values they wanted to send,” Engebretson said.

Selena Shi, a Chinese international student and a Brown College junior, said that even though she personally liked the movie for the visual imagery and martial arts, the “Mulan” movie can be a controversial film to Chinese audiences as well.

“I’m not surprised that a lot of the Chinese audiences are disappointed,” Shi said. “It’s a Disney movie, and it’s trying to represent some of the Disney spirits, like how women can also be leaders. That’s a great message, but the true message of the original Mulan story is ... one’s devotion to family. I think a lot of the Chinese audiences didn’t take the rendering of the story that well. The historical inaccuracies and western magical elements didn’t help either.”

According to CNN, a lot of people are also boycotting the film because of the main actress, Yifei Liu, who supported the Chinese government and the Hong Kong police against protestors in a Weibo post earlier this year.

Shi said that Liu’s post is not the black and white issue as it seems to be.

“Almost every Chinese actor posted the same content to support Hong Kong police because that is what is deemed politically correct in China,” Shi said. “People pick Liu’s post out because she is now on the stage of international cinema, but it’s really not about her personal choice or Disney’s preference. It’s really about the difference of political correctness between China and the U.S.”

Shi said that she was not surprised by the boycott movement.

“‘Mulan’ is really caught up in an interesting time, not only with the pandemic, but also rising political tensions between the United States and China,” Shi said. “It is really hard for the movie to appeal to both sides.”

Shi said that she believes the boycott movement will result in even fewer Hollywood movies that include Chinese culture.

“I feel like this movie could have been an effort to mend the gap, and the result is a shame. Even though I understand why people are boycotting, unfortunately, it will only lead to less cultural diversity in Hollywood,” Shi said.