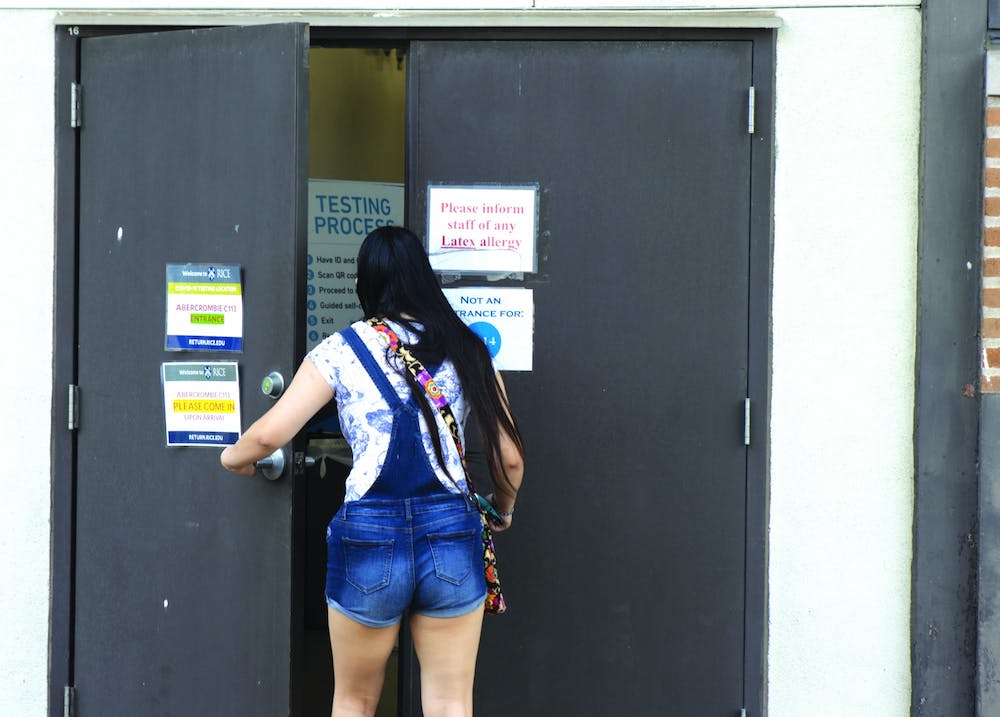 The remaining 15 Top 20 universities will teach the semester primarily or fully online, with eight allowing students on campus and seven operating remotely.

“I think good planning is a large part of it,” Amirian said. “I know that [reopening] is something that’s been planned for several months and has been very carefully thought through.”

“I feel like we got some pretty good communication going in, especially from those emails,” McMurtry College sophomore Max Cunningham said. “They were definitely communicating with us pretty well.”

The university is also reaching its stated daily testing capacity of 1,000 individuals. Every non-visitor who comes on campus — on-campus students, off-campus students, faculty and staff — is tested at least once a week. The entire state of Texas is averaging approximately 40,000 tests per day, according to The New York Times, which puts Rice at about 2.5 percent of Texas’ daily tests.

According to Kirby, test results have returned quickly, which was particularly important. If labs take too long to analyze tests, Rice cannot conduct contact tracing, Kirby previously told The Thresher.

“Almost all results from our 18,000 tests since August 1 have been provided within 24 hours or less, which is excellent,” Kirby wrote.

To reduce the price of analyzing tests, Duke is using a strategy called “pooled testing,” in which the specimens from a few students’ tests are combined and analyzed as one batch. If the batch has no traces of the virus then all of those students are presumed negative; if the batch result is positive, then the students’ tests must be individually analyzed, according to the Centers for Disease Control and Prevention.

Other institutions with a larger student population are taking a more creative approach. For example, the University of Arizona — which has more than 35,000 undergraduates — successfully detected the presence of COVID-19 in dorms and identified COVID-positive students by testing wastewater.

Part of Rice’s COVID response is contact tracing, including a contract tracing group of about 20 people, according to Kirby.

During Orientation Week, two advisors at Will Rice College tested positive for COVID-19. Kirby previously told The Thresher that contact tracers promptly identified, quarantined and tested anyone who had close contact with them. Will Rice moved their O-Week online, cross-college activities were cancelled and indoor dining has since closed.

“I think Rice did a good job of responding to the cases at Will Rice,” Ivanshi Ahuja, a Will Rice freshman, said. “The people who did test positive were sent to isolation and everyone else had to do O-Week online, and that really made sure that everyone was safe.”

Some peer institutions have already dealt with larger outbreaks of COVID-19. The University of Notre Dame, for instance, has recorded 660 cases of COVID-19 from Aug. 3 at the time of publication, with a spike in late August; contact tracers there attributed the spike to off-campus parties. Notre Dame moved undergraduate instruction online for two weeks as a result, and the number of newly reported cases has decreased.

Amirian said a benefit of hybrid instruction is the ability to switch to a fully online format if an outbreak hits.

“If you do find your case counts headed in the wrong direction, you need to be ready to take quick action,” Amirian said. “For schools that are set up in hybrid mode, that might be much easier.”

Students at some other colleges have faced criminal misdemeanor charges for being involved in on-campus parties, which have been tied to spikes in COVID cases.

“I think when people get drunk or when there's alcohol involved, people tend to have gatherings and parties,” Ahuja said. “I think [the alcohol restriction has] been preventing that to a certain extent, which is good.”

The Rice campus has been dry since March 16, one week before the spring semester shifted to remote instruction. Gorman said that she has been satisfied with the management of COVID-19 on campus and expressed her hope that campus can allow alcohol as soon as this semester.

“I am really pleased with how our fall start is going,” Gorman wrote in an email to the Thresher. “My hope is that we'll be able to provide some loosening of the current restrictions on alcohol in the near term.”

Though Cunningham believes Rice is handling COVID-19 well, he expressed concern about relaxing restrictions too quickly.

“If you loosen it up right now, people are going to go back to acting like how it used to be before pandemic, and it's just going to get out of hand,” Cunningham said. “Texas had the shortest stay-at-home order, and that's why Texas had the giant spike in June. So yeah, cases are really good right now. But that's the thing: That's how it's supposed to be.”