Administration shares logistics on plans for remainder of fall semester 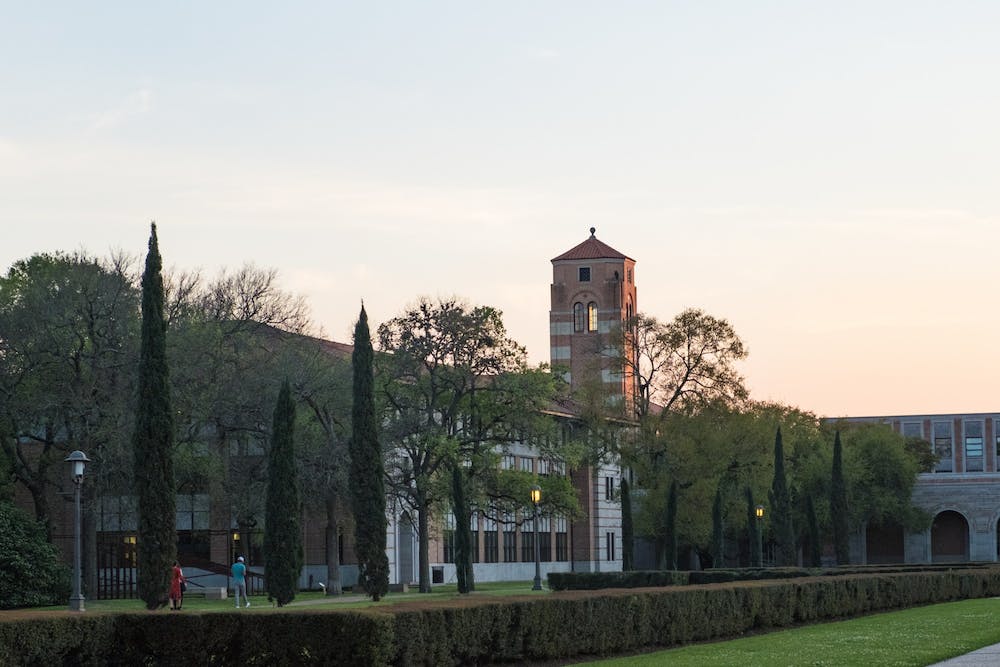 The Faculty Senate met yesterday to discuss Rice University’s plans for the remainder of the fall semester and potential responses to COVID-19 case increases. The meeting follows the passing of a recent resolution expressing faculty disappointment with the Rice administration, due to implicit pressure on faculty to return in-person to campus.

According to Speaker of the Faculty Senate Christopher Johns-Krull, in response to the resolution, the administration affirmed their willingness to regularly update and consult with the faculty senate over the university’s plans moving forward regarding COVID-19.

Vice President for Administration Kevin Kirby spoke at the faculty senate meeting to share the logistics of the university’s plan for this semester.

According to Kirby, rather than discrete trigger point case numbers for shutting down campus operations, the Crisis Management Advisory Committee is approaching COVID-19 cases in terms of a continuum.

“We try to think of it as a continuum of potential states, and we use data and analysis of the kinds of things that would indicate a need to change to a different operational state,” Kirby said.

Rice is monitoring certain metrics to determine if a change in operation level is necessary, which includes the daily data provided by the Texas Medical Center, according to Kirby.

These metrics also include testing capacity, isolation building capacity, and monitoring if Student Health Services becomes overwhelmed by student volume. The care capability of the TMC is also a factor, as well as any government orders that Rice is required to follow, said Kirby.

Kirby said Rice is currently around level two in the continuum of operational states. Rice was at level four during March when the campus-wide shutdown was put into effect.

Kirby said that the Crisis Management Advisory Committee and Crisis Management team are utilizing a wide variety of tools to monitor the state of campus, including population density tools as well as the ability to increase physical interventions such as restricting access to buildings or increasing cleaning of shared facilities.

“We’re going to roll out an app soon for students to monitor their daily health symptoms,” Kirby said. “We've also built a Google Analytics platform to correlate infection rates by certain residential areas on campus or classes or things like that, so we can act decisively and quickly if we need to make some kind of an intervention.”

Kirby also mentioned how COVID-19 testing at Rice has been operating thus far.

“We use three different vendors to avoid supply chain disruption issues and we're developing a fourth vendor to utilize,” Kirby said. “Generally we're getting test results within 8 hours, or in many cases under 24 hours, which is particularly important for contact tracing purposes. If you aren't getting test results for four to seven days it's like you're not getting tested at all, because you can't contact trace then.”

Rice President David Leebron also spoke at the meeting to discuss the state of finances of the university.

“The good news is that we estimate the endowment to be down only 1 percent - this is one of those years where you congratulate the endowment managers for only being down 1 percent,” Leebron said. “More challenging is that this represents an 8.5 percent difference on what we would ordinarily expect on endowment returns, so that has the potential to be a long term problem but that will all depend on future returns.”

Leebron said COVID-19 testing and the facilities that have been constructed this semester have been the bulk of the expenses, and there was significantly less revenue generated by housing expenses because the campus is operating at about 50 percent capacity.

Leebron also briefly mentioned his thoughts on the international student community at Rice.