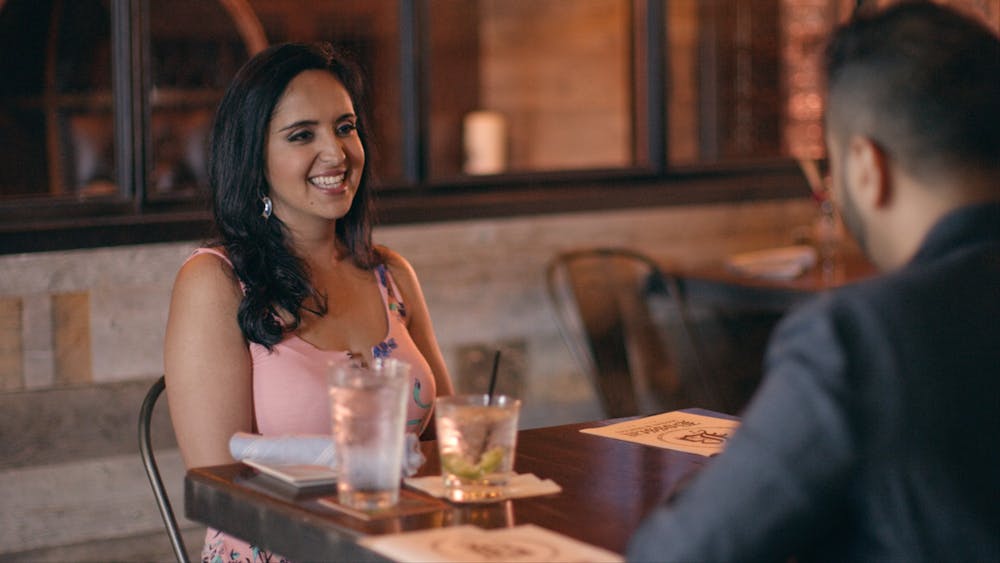 Aparna Shewakramani was a freshman at Lovett College when she signed up for an introduction to Hindi class at Rice. She couldn’t have predicted what the class would lead to — that she’d meet one of her two closest friends in the class, and that eighteen years later, the two would briefly appear on Netflix’s reality TV show “Indian Matchmaking” to support her. Or that, during the show, Shewakramani would use her Hindi to communicate with a matchmaker.

“I had never thought about that,” Shewakramani (Lovett College ’07) told the Thresher over the phone. “Man, [my friends and I] have been together half our lives.”

Although she instantly became friends with Smita Kumar (Sid Richardson College ’06) following their Hindi class together, Shewakramani said she didn’t become close to Divya Pande (Hanszen College ’06), who also appears on the show to help Shewakramani find a match, until after they had graduated. Over the years of knowing the two, Shewakramani says their friendship continues to grow stronger.

“It’s just been a good friendship — and it’s grown, and it’s changed, and it’s evolved and it’s much deeper now, obviously, than it was even when we were at school, because it’s like, you’ve gone through life together,” Shewakramani said.

Kumar and Pande weren’t Shewakramani’s only support system when she joined Netflix’s hit reality TV show. Shewakramani says that her family, who agreed to join her on the show, also provided her with a lot of support.

When Shewakramani first became involved in “Indian Matchmaking,” she didn’t know what it would turn out to be. She knew that the creator of the Netflix project had previously done a documentary called “A Suitable Girl,” which followed three Indian women navigating the difficulties of Indian marriage culture. Having seen the documentary, Shewakramani was under the impression that “Indian Matchmaking” would be a docuseries, similar to “A Suitable Girl” but split up into multiple parts. Instead, it turned out to be a reality show.

“It’s not what I signed up for,” Shewakramani said. “A docuseries is one that actually portrays full, more rounded characters and it doesn’t really focus so much on the archetypes. What we have in ‘Indian Matchmaking’ is very heavily edited archetypes used in a way to elicit feelings for the viewer, and then also to show many people, in a simplified way, what arranged marriage could look like with these extreme archetypes.”

Once she began filming, Shewakramani realized that using a matchmaker to try to find a life partner may be more complicated than she’d originally realized. Although Sima Taparia, the show’s matchmaker, understood some English, and Shewakramani understood some Hindi, neither understood enough of the other’s language to communicate clearly. This barrier, combined with their differing views on what kind of man Shewakramani should end up with, resulted in one of the more memorable moments of the show.

On the show, Shewakramani is depicted saying she doesn’t like comedy, and her surprise that people look for a sense of humor in their partner has been turned into a gif. In real life, however, Shewakramani says the moment was taken out of context.

“My only criteria that I gave Sima was not shown to the viewer, but all I said to her was I want someone who’s laid back and introverted, and she said no,” Shewakramani said. “She was like ‘No, I want you with someone jolly’ ... I don’t want a jolly man, I want the wallflower. I want a quiet guy. I don’t like funny guys.”

Although she originally viewed their exchange as a miscommunication due to language, she realized later on that Sima had different plans for her than she had for herself.

“You see sound bites of me trying to explain to her, because I’m thinking ... ‘This must be a communication breakdown,’ but it wasn’t,” Shewakramani said. “It was that she believed I needed to be with someone that I don’t believe I want to be with.”

When the show first came out, viewers took to social media to express strong responses, both negative and positive, to Shewakramani as she was portrayed on the show. Many of these responses had to do with Shewakramani verbalizing what she wanted in a husband — some labeled her picky, while others praised her for being confident in her standards. Although there have been negative comments, Shewakramani said countless women have reached out to her through social media saying they were inspired by her willingness to stand her ground.

“Why is there a constant vilification of strong women in reality TV? I’ve gotten thousands of messages where women aren’t there for that narrative anymore,” Shewakramani said. “A lot of women say that just seeing me has helped them make their decisions not only in their matchmaking process, but in their workplaces and their friend groups ... they’ve been more willing to say, ‘This is what I want.’”

One of the reasons why Shewakramani joined the show was to shed light on how arranged marriages work, and to help illustrate how an arranged marriage can be one of many options for people looking to find a life partner.

Shewakramani said she’s encountered many people whose understanding of arranged marriage, before watching the show, differed drastically from her own.

The show has faced criticism for displaying sexism, colorism and other negative aspects of Indian culture. Although this wasn’t the portrayal of Indian culture that Shewakramani had signed up for, she said she feels honored to move important conversations surrounding these topics forward.

“I’ve been a part of such wonderful conversations about classism and colorism and heightism and sexism and misogyny and all of these parts of our culture that are really real,” Shewakramani said. “And the show didn’t sanitize that — it really put it out there on the global screen and let people talk about it.”

Shewakramani went into the show with a support group of close friends — and came out with one as well. One of her closest friends from the show is one of her former dates: Shekar Jayaraman, who was only shown on one date with Shewakramani before being paired with Nadia Jagessar later on. On a work trip to Chicago this past weekend, Shewakramani says they met up on multiple occasions, and have kept in contact often since they stopped shooting the show.

Although she and many of her “Indian Matchmaking” castmates never actually met on the show, Shewakramani says the group has bonded in the aftermath of the show’s popularity.

“We all say the same thing — how silly and naive were we, that we all went on the show just to find love,” Shewakramani said. “And we were all laughing because we’re all still single today except for Rupam. Rupam got engaged and is about to get married to that guy that she met on Bumble [while] on the show.”

Although Shewakramani is currently single, she said she now knows what she’s looking for in a partner moving forward— not because of the show, but rather because of her friends Kumar and Pande, whom she met at Rice. Both are married, and Shewakramani said that their examples of what marriage can look like have given her high hopes.

“They married really wonderful men and they’ve grown with them and they’ve shown me what compatibility looks like,” Shewakramani said. “I’ve watched my friends go through really good times with their husbands and really hard times in life, and [I’ve seen] that person step up to the plate for them … I didn’t go on [the show] to find a husband, I went on there to find a partner — and my friends all have partners.” 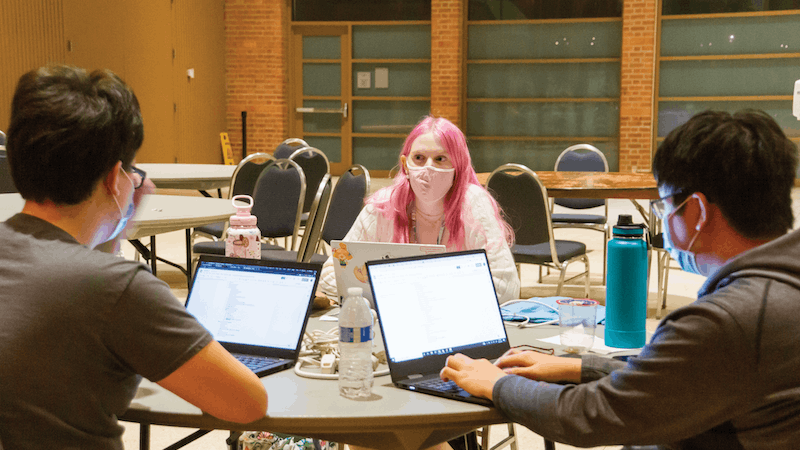 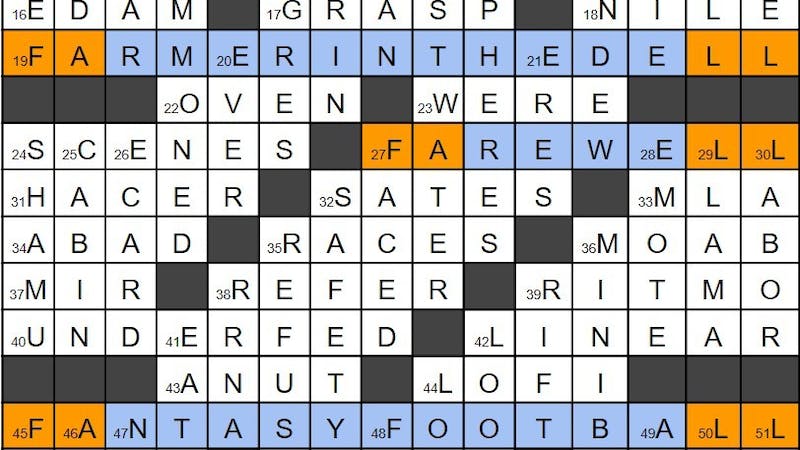