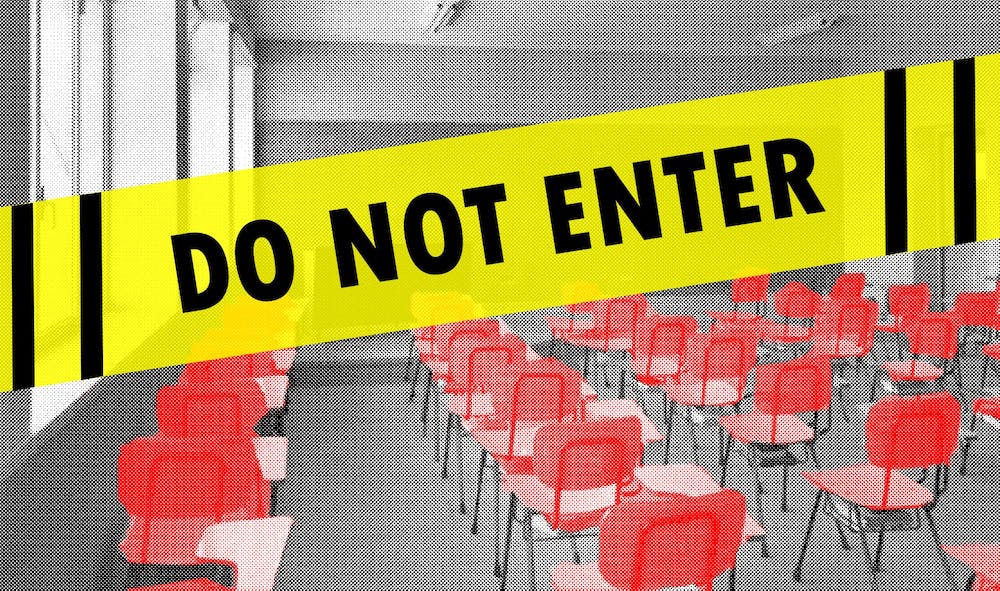 Rice officials announced new health protocols, which will be in place starting June 1 until further notice, in an email to students yesterday, following the initial announcement to reopen campus in early May. President David Leebron also recently shared a $10 million budget gap caused by COVID-19 and the potential for full-time employees to be furloughed in a town hall on Friday.

Kevin Kirby, chair of the Crisis Management Advisory Committee, provided updates on Rice’s face mask policy for all students, employees, contractors and visitors in an email on Monday . According to the email, starting June 1 and for the foreseeable future, everyone on campus will be required to wear a cloth on their face to cover their nose and mouth at all times outdoors and in any indoor areas where they are around others. In individual dorms or offices, people will not be required to keep their masks on. During the month of May there was a mask-wearing mandate temporarily in place on campus after County Judge Lina Hidalgo issued a county-wide order, but this new Rice-specific mandate continues that temporary order.

People can wear their own face coverings or use university supplied masks, which will be available to anyone on campus.

“We are in the process of executing a contract for this service which we expect to start by the end of June,” Kirby, the vice president for administration, wrote in the email. “The service will allow you to pick up a cloth mask every morning and return it at the end of the work day whereupon it will be cleaned and sanitized per CDC and FDA guidelines and recycled.”

Kirby said the committee will now be sending weekly emails every Monday.

In the town hall, Leebron said that when campus reopens, Rice will be testing everyone on campus regularly, as well as providing hand sanitizer, contact tracing and quarantining. According to Leebron, Rice will finalize the testing protocol with the Texas Medical Center over the next month.

Most students will attend classes in person while some students, particularly international students who can’t return to campus, will participate online in real time through “dual-delivery”, according to Leebron. The Academic Restart Committee, which was recently created, is still deciding if students and faculty can choose whether to be remote, but at-risk faculty can elect to teach remotely, according to Leebron.

For the international students who live in vastly different time zones, it can be difficult to participate in online classes, especially in real time. Audrey Cabay, who lives in Singapore, said she had been following recorded lectures for her Chinese class this spring, but had to get a language partner to do the group activities for her class. She said that she would wait until spring to re-enroll if classes were held remotely.

“Personally, if it were to be remote, I just really wouldn't enroll in the fall,” Cabay, a Martel senior, said. “I'm [planning on] graduating in May — it'd be nice to graduate with my friends if I can. But also I can't do online school, especially with the time difference.”

“[The endowment] is not a rainy-day fund we can dip into to make up the shortfall that we’re now anticipating,” Leebron said. “But the endowment can smooth downturns, and we’re very fortunate. That is what happened for those who were here in 2008 and 2009 [during the Great Recession].

However, Leebron said Rice remains in a relatively strong position compared to other colleges, with its large endowment, the liquidity to pay its bills, an established online program and the potential to increase enrollment when the new Sid Richardson College building opens in 2021.

Leebron said that although no Rice employees have been laid off or furloughed as of yet, Rice cannot promise there won’t be staff reductions, furloughs or resource cuts. Leebron also said there is a risk for full-time employees to be furloughed, but this can be minimized by increasing enrollment or expanding Rice’s online education programs.

“The risk will be greater if we aren’t able to return to our campus,” Leebron said. “We’ll do all we can to minimize the job losses in those circumstances. And we can minimize that in part by finding new sources of revenue.”

At the same time, sporting events will resume and campus tours will be allowed with the proper social distancing measures, according to Leebron. Visitors to campus will not be tested, but Rice will post signs around campus to notify visitors of distancing rules.

If campus stays closed next fall, Rice will continue to provide technology support and work toward an equitable online learning experience, according to Leebron. One point for reopening campus is that vulnerable students will have the social environment they need to succeed, according to Leebron.

Leebron commended the work that Rice has already done, such as moving over 1900 courses online, implementing pass/fail grading, setting up a million dollar fund for COVID-19 research and opening two residential colleges for workers in the Texas Medical Center.

Rice faced a similar challenge when the Spanish Flu and World War 1 disrupted the campus in 1918, causing commencement to be held early and one residential college to be converted into a hospital, according to Leebron.

Leebron said Rice emerged a stronger community after the War ended and quoted, from a 1919 edition of the Thresher, “we are living in a wholly different, bigger, broader and better school.”

“These will be challenging times,” Leebron said. “What we can not do is simply hunker down, simply ride out the storm or decide that there are no new aspirations to pursue or opportunities that we will seize.”