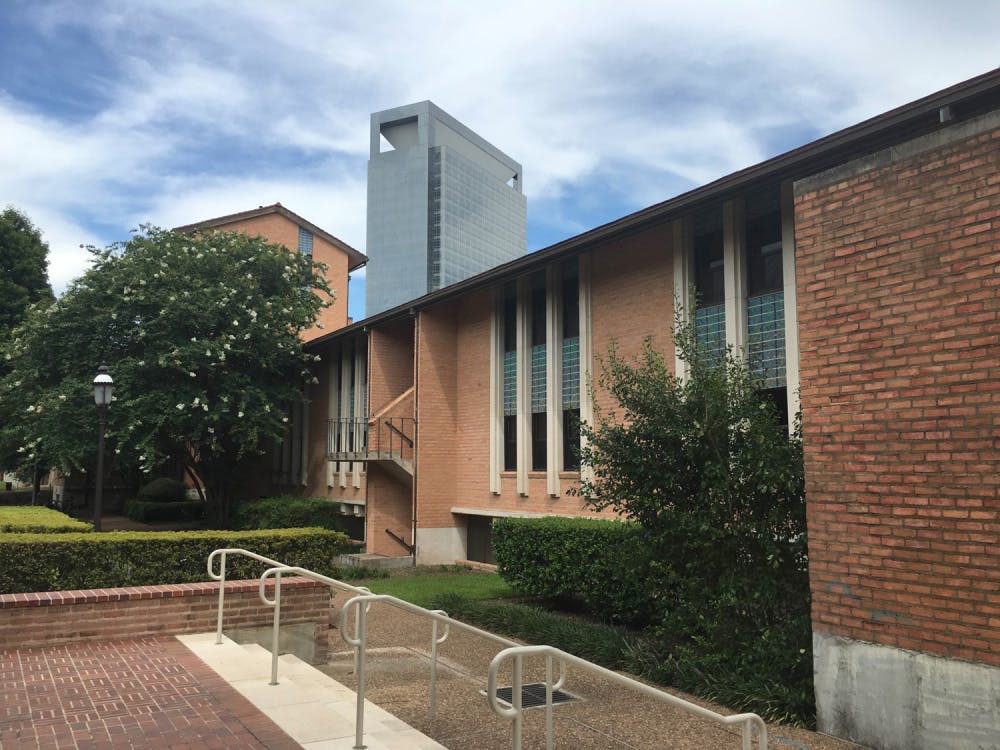 Rice will offer temporary housing for medical personnel who work in nearby Texas Medical Center hospitals at Wiess and Hanszen Colleges and relocate students currently living there, according to an announcement from President David Leebron on Sunday afternoon.

“Now, as the hospitals of the Texas Medical Center prepare for the peak of COVID-19 hospitalizations likely to occur over the next several weeks, we must do more,” Leebron wrote. “Our hospitals are being stretched to their limits, and their medical personnel are working round the clock ... Enabling hospital staff to live nearby will give them a greater opportunity for rest and to work needed hours.”

While Hanszen and Wiess can collectively accommodate 460 students, Kirby said the number of medical personnel housed will be decided by the TMC officials, who will consider comfort and social distancing. While Rice is providing the space free of cost, the TMC will bear the cost of utilities, according to Kirby.

Kirby said the TMC will provide their own custodial services, but Rice may offer the same pre-packaged meals that are being currently served to on-campus residents.

Leebron noted that protecting the safety of the Rice community is still the first priority. According to the announcement, Wiess and Hanszen were chosen due to their proximity to TMC hospitals, their connection to each other and the ability to isolate these colleges from the rest of the Rice campus. Leebron said that approximately 50 students and resident associates will be moved out of these two colleges to other colleges on campus.

Dean of Undergraduates Bridget Gorman said she emailed students currently living at Wiess and Hanszen colleges soon after Leebron’s announcements. In her email, she told students that they must pack their belongings and be ready to move by 8:00 a.m. on April 11. Gorman said that students will be provided boxes and packing materials and professional movers will take their belongings to their new rooms for the remaining weeks of the semester. Hanszen residents will be moving to McMurtry College and Wiess residents will be moving to either Brown or Duncan College.

“I understand and regret the inconvenience this will mean for you,” Gorman wrote in her email. “This is already a very stressful time. You have my assurance that Rice will work diligently this week and thereafter to minimize the stress of this move and to continue to provide for the health and wellbeing of each of you and our community as a whole.”

Amirtha Shekar, a Wiess College freshman currently residing on campus, said she found out about this announcement through Leebron’s email and didn’t think much of it until she realized that these decisions specifically applied to her. Amritha said Gorman reached out to her professors about providing academic accommodations this week such as extensions.

Luis Leal, a Hanszen College freshman, is currently living at Hanszen. While he finds the move inconvenient, especially because he had to move all his belongings from Hanszen’s old section to the new section just a few days ago, he said he understands why Rice opened its housing for medical personnel. Leal said that some students, including himself, had concerns about how the medical personnel would be isolated from the rest of the campus community.

“We were worried about how they are going to make sure we don’t interact with [the medical personnel] as much as possible,” Leal said. “I’m all for helping out as long as there are boundaries.”

Gorman addressed student concerns over the risk of exposing students and staff to the coronavirus by bringing medical personnel to campus. In her email, Gorman said that “extensive precautions” will be taken such as prohibiting the personnel staying at these colleges from moving into any other part of the Rice campus.

Residential associates, who are faculty and staff members living with their families at each college, are also affected by this announcement. Gorman said both pairs of Hanszen RAs have elected to remain at Hanszen since they were already planning to move off campus when their terms end this semester. According to Gorman, Rice will erect fencing to isolate the entrances and stairwells that provide access to their homes from the other parts of Hanszen.

The Wiess RAs will be relocated elsewhere on campus. One pair will be moved to a private apartment located at the top of the Cohen House Faculty Club. The other pair will move to the president’s suite at Baker College. Rice will also provide assistance for the move and set up of their new homes.

Leebron also wrote that a Rice parking lot was recently opened up to Houston Methodist so that workers could park nearby and avoid public transportation.

“We decided at the outset in dealing with the pandemic that although the vast majority of our students should leave the campus and return to their homes, students who faced certain hardships, including many international students, would be permitted to remain,” Leebron wrote. “We acknowledge and regret the inconvenience to some of those students who must now move to other campus locations as we prepare to make this housing available.”

“Today, our county reached a grim milestone. Within Harris County, including the City of Houston, more than 1,000 residents have now tested positive,” Hidalgo said on Friday afternoon. “Deaths have now entered the double-digits — 13 people have had their lives stolen by COVID-19.”

Rice’s announcement follows related decisions at other university campuses. Columbia University relocated students last month to free up residence halls for COVID-19 patient overflow. Last week, Yale University initially denied the City of New Haven’s request to open Yale dorms to public safety officers in the event that they are exposed to COVID-19, drawing strong criticism from the mayor. However, Yale later announced that they would open up 300 beds for first responders and hospital personnel in residential buildings. Locally, the University of St. Thomas announced on Monday that it would also open its main student dormitory, which is currently empty, to medical personnel from the TMC.

Gorman said that Wiess and Hanszen will be vacated by the medical personnel prior to Orientation Week and both colleges will be “professionally sanitized” afterward, before students return.

The Texas Medical Center is the largest medical complex in the world and located directly adjacent to Rice’s campus, across Main Street.

“I hope we can all agree that it is the right thing to do in support of our neighbors who are undertaking heroic efforts literally across our street to save the lives of Houstonians,” Leebron wrote.

Editor’s Note: Below is a copy of Gorman’s email to Wiess and Hanszen students, which was provided to the Thresher. Please click on the embedded image to read the letter in full.

[4/5/20 8:50 p.m.] The story was updated with more quotes from Leebron’s announcement as well as Hidalgo’s statement.

[4/8/20 4:50 a.m.] The story was updated with information and quotes from Gorman and Kirby and a new headline.