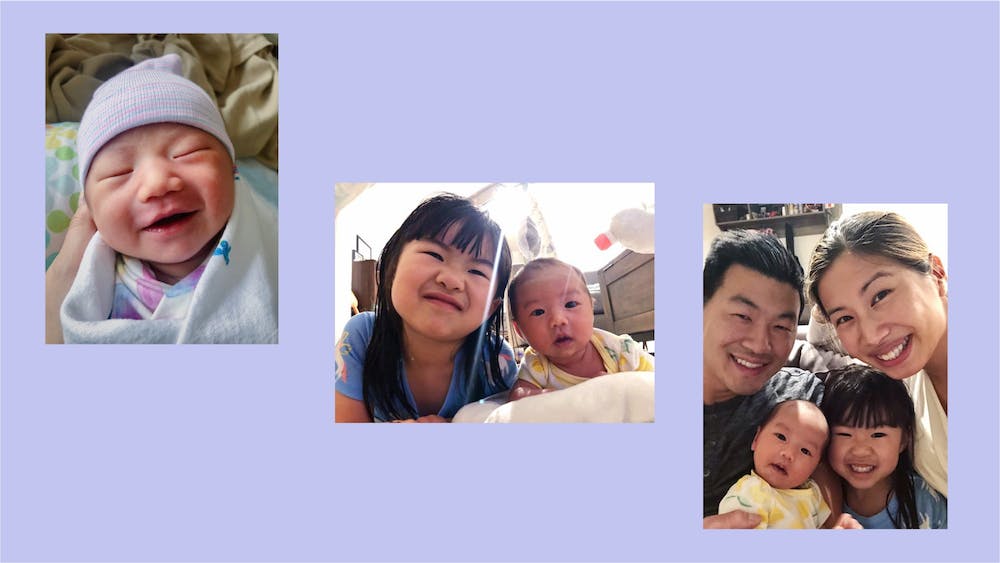 The week before Ophelia was born, Tran and her husband, Eric Lu, were hustling to address the impacts of the coronavirus on Rice. After students were told to pack up and leave by March 25, Tran and Lu were faced with a flurry of questions and concerns about the process, citing the lack of communication between faculty and staff and students as a major challenge.

“I’m not going to be able to put it lightly,” Tran, a chemistry lecturer and Sid Richardson College resident associate, said. “It was quite chaotic. Even though I was very, very pregnant during those days, we were pretty much working [at] all hours trying to answer questions.”

Tran and Lu had looked forward to having a large community at Sid to take care of Olivia, their 4-year-old firstborn, when Ophelia arrived. That plan was thrown out the window with Rice’s closure. Everything was up in the air, even the decision of where to live.

“With a lot of uncertainty of how safe it is to be on campus, living in a really crowded area as a residential college, even Rice was a concern for us,” Tran said.

However, after Housing & Dining offered Tran and Lu an off-campus apartment, the choice became a matter of familiarity.

“[With] the balance of having Olivia … and balancing the comfort of being home, which is Sid … we made the decision to stay at Sid,” Tran said. “The silver lining is, with a newborn who has immunocompromised issues, having fewer students here actually worked out for the better.”

On the day of delivery, Tran and Lu went to an almost unrecognizable Texas Children’s Hospital, with increased security and officials who escort patients through the hospital and touch elevator buttons for them.

“It was interesting,” Lu said. “I think it was more like a military base than anything.”

Texas Children’s also restricted the number of visitors that Tran could have to two. Visitors had to be older than 18, so Lu had to make trips to and from the hospital while Wiess College RAs Carissa Zimmerman and Nick Espinosa took care of Olivia.

“Prior to all of the coronavirus craziness, we had somewhat of a plan … [with] Carissa and Nick ... taking care of Olivia on some occasion, but we had to completely change that up,” Tran said. “We had to resort to relying a lot on Nick and Carissa to take care of Olivia during the day, and then Eric had to come back home and take care of Olivia a little bit at night.”

According to Tran, the hospital made up for the restriction on visitors with the demeanor of their staff.

“I was really impressed with the hospital,” Tran said. “The medical staff and administrative staff were super caring and very attentive the entire time.”

Now back at home, Tran and Lu can’t catch a break from the stress of the coronavirus. Tran has been sleeping three to four hours a day; Lu said being a new parent is all about just surviving the day. That said, both Tran and Lu agreed that Ophelia is a lot easier to handle than her sister Olivia was.

“Newborns … typically sleep 16 hours a day on average during the first month, but we were not blessed with children who sleep a lot,” Tran said. “Olivia definitely sucked. I had zero, near zero sleep because she was the one who [took] 30- to 60-minute naps … [when] the norm is one to three hour[s].”

Since Olivia was so challenging, Tran said they were better prepared for Ophelia.

“[Ophelia]’s a cakewalk at this point,” Tran said. “She only sleeps one to two hours at a time … but she is well-tempered [and] not very fussy at all.”

Perhaps atoning for her previous behavior, 4-year-old Olivia has been paying it back. According to Lu, Olivia is often seen hugging, kissing and reading to Ophelia. Tran lauded Olivia’s caring nature.

“Olivia has definitely been a really good big sister,” Tran said. “Anytime she goes out and … comes back out to the living room and she sees Ophelia, she always asks 'How's baby doing?'”

Tran said Olivia has also been stepping up as quite the self-sufficient toddler, as well as a loving daughter. Check-ins apply to Tran too, as she frequently asks if her mom is okay.

Lu’s two-week paternity leave, which he said is 12 days longer than his industry’s standard, just ended. According to Tran, Lu works in the floor lobby while she continues her maternity leave in the apartment.

“It’s a pretty nice setup in the sense [that] we have the entire floor to ourselves,” Tran said. “We can spread out, [and] Eric’s at home more or less if I need an extra set of hands.”

To help out in the mornings, Tran and Lu hired one of Olivia’s teachers from Rice Children’s Campus, the daycare limited to Rice community members.

“A lot of the parents who go to the Rice daycare are trying their best to help the teachers out by hiring them as nannies or sitters on a regular basis to give them income,” Tran said. “The daycare's still covering the benefits of those teachers, but they're not paid by salary anymore.”

With a settled day-to-day routine, Tran envisions that the next two to three months will be a lot of the same routine. As a person who thrives on going out, socializing and having variety in her life, Tran said wrapping her head around the monotony will be challenging. Until at least the end of the semester, Tran and Lu will also have to juggle their RA duties, including communication with the 15 remaining students at Sid.

“It's challenging to figure out where they are, what they're doing, and let them know that if they need anything we're here,” Tran said.

Tran said that worries about the coronavirus with a newborn complicate things as well.

“There is a fine balance of being a core team member with regards to being support for the students versus being vigilant and watching student behavior,” Tran said. “We don’t want to police these kids who are around here and keep guilting them about, ‘Hey, Ophelia’s around, watch what you’re doing’ … but on the other hand we do want them to be very cognizant of being very responsible social members.”

Tran and Lu emphasized how the rest of the Sid A-team has been super supportive through everything. According to Tran, they have lightened the load by not worrying the couple with  some of the college logistics, including cleaning out rooms, redistributing students and handing out cleaning supplies. Lu, for his part, has praised Tran’s strength through it all.

To Tran, it’s a matter of taking it day by day and dividing and conquering.

At the end of the day, Tran has focused on maintaining a sense of normalcy for Olivia.

“I was always concerned about making sure that Olivia is attended to,” Tran said. “Regardless of coronavirus … [I wanted] to make sure that our family could adjust well to a family of four.”