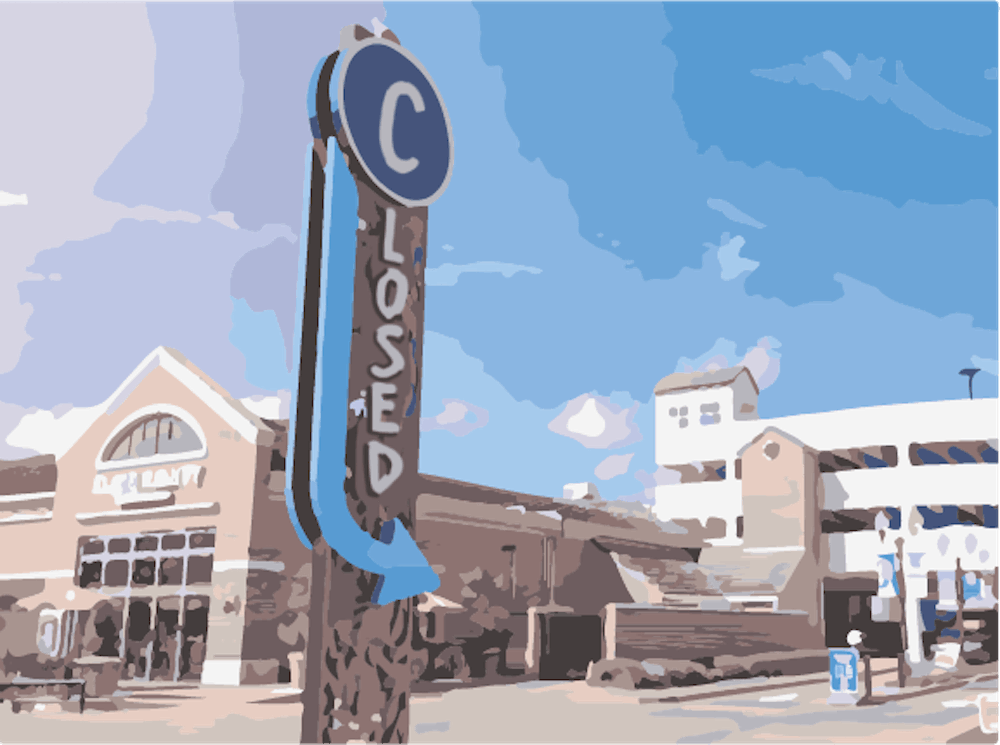 Restaurants across Houston have suffered reductions in revenue, some over 50 percent, after Harris County Judge Lina Hidalgo suspended dine-in service in the county in an order on March 17 as a response to increased concerns about COVID-19 in Houston.

Sales have plummeted by 80 percent for Backstreet Cafe, for which the coronavirus shutdown has been the restaurant’s most severe closure in its 35 years of operation, restaurant owner Tracy Vaught said.

“We laid off most of our staff and are operating with only our highest management,” Vaught said. “It's been super scary for all of us. We are in free fall.”

Last week, Hidalgo issued a “stay-at-home” order in addition to the restriction on dine-in service, requiring residents to remain at home unless shopping for essential items. Hidalgo also ruled, however, that restaurants are considered essential businesses, permitting them to continue delivery, takeout and drive-through services.

While the potential lifting of the ban on April 3 could allow dine-in service at restaurants once again, some of the stores interviewed were not optimistic that sales will return to normal immediately after the ban ends. Vaught draws a distinction between store closures in the past caused by natural disasters and the current shutdown fueled by coronavirus fears.

“The difference is that with power outages, storms and renovations, you know there is an endpoint after which you will go back to normal or even have better business afterward,” Vaught said. ”After we reopen, whenever that is, I feel business will trickle in over time.”

Some stores, particularly those in Rice Village, anticipate that sales will continue to slump as students remain away from campus.

For recently opened Tiger Noodle House, located on Rice Boulevard in Rice Village, students made up nearly 50 percent of the store’s dine-in customers before the pandemic sent students home, an employee at the restaurant said. The employee, who opted to remain anonymous, now estimates that less than 10 percent of the restaurant’s customers are students.

“Because the students have already returned home, most of [our customers] are not students. It’s very slow,” she said. “[Since] there’s no class, nobody’s outside.”

Jason’s Deli in Rice Village saw a 60 percent drop in sales after the pandemic swept through the state and caused Texas Governor Greg Abbott to issue a statewide ban on large gatherings, said Bryan Holder, a district manager at Jason’s Deli, which is a chain-based catering company.

“Since most of our deliveries are to meetings, and there are no meetings, our sales have decreased,” Holder said. “Most of our customers are either with the medical center or the university.”

Some news headlines have suggested that Chinese restaurants have been particularly impacted by racist notions linking those establishments with the virus.

For Qin Dynasty, which serves Chinese cuisine at its location near West University, the restaurant has seen a 67 percent decline in sales over the past few weeks, as well as a reduction in in-store customers, Philip Truong, a manager at the restaurant said.

“One day I decided to walk around to [Jewish deli] Kenny’s and Ziggy’s, which is right across the street and not a Chinese restaurant,” Truong said. “They’re just the same. They were dead too. Everywhere is dead.”

As restaurants shuttered their dine-in services, some stores turned to alternative sources of revenue. The Rice Village location of Local Foods, a Houston sandwich chain, converted most of its store’s dine-in space into a pop-up grocery store, said Billy Hargis, an assistant manager.

“I believe we are going to be the closest grocery store to Rice University,” he said. “We want everyone to stay home and stay safe but we want them to know that if they need anything we can provide for them.”

Customers of restaurants have found ways to support their favorite stores amid the coronavirus slowdown. One customer who worked at the medical center bought $4,000 worth of food at Becks Prime, a Texas hamburger chain, Molly Voorhees, the chain’s president, said.

“I cry like every time I think about it. Like literally that order saved jobs. It saved jobs,” Voorhees said. “She was like, ‘I wanted to support you guys and I wanted to bring cheer to the medical center.’”

One organization, the Southern Smoke Foundation, which was started by Houston chef Chris Shepherd, has donated over $160,000 to people in the food and beverage industry. The website Help Main Street, which lets people order restaurant gift cards, includes most of the restaurants mentioned in this article, such as Local Foods, Backstreet Cafe and Tiger Noodle House.