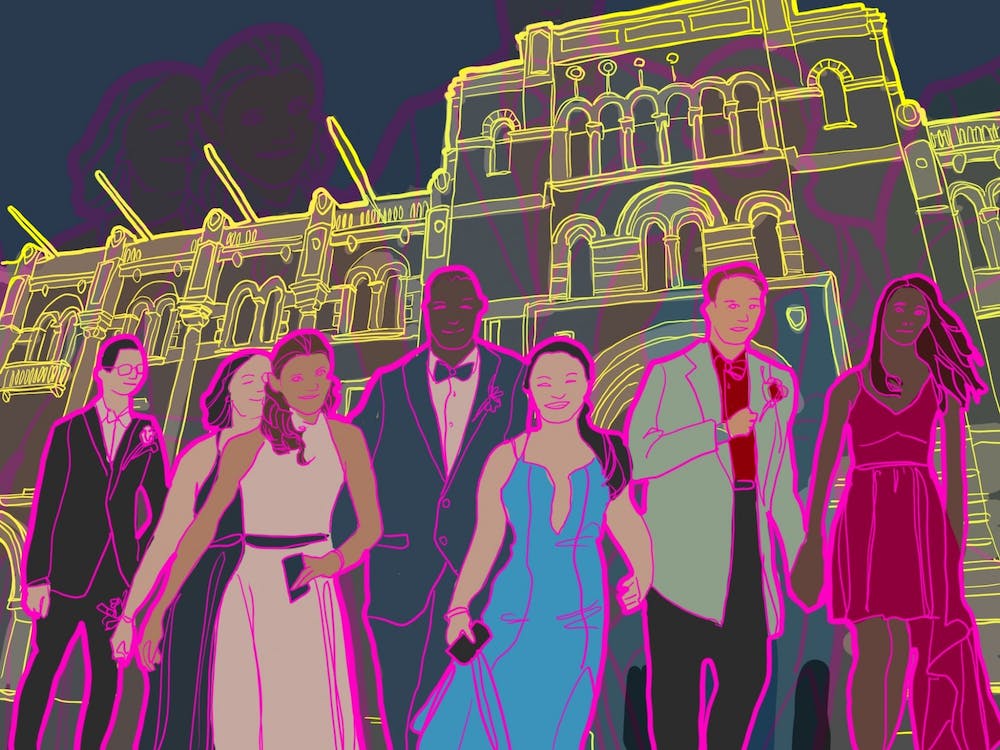 As more and more social distancing guidelines were put in place over the past months, high school seniors across the country watched as prom slowly slipped out of their grasp. Instead of donning prom dresses and tuxes, they realized they would be donning face masks. Rather than spending the night dancing with their classmates, they would be staying home, only stepping out for groceries and medication.

In the wake of widespread prom cancellations, the newly admitted owls of the Rice Class of 2024 GroupMe chat began joking about hosting their own prom at Rice during the upcoming fall semester. But what started as a joke in the admitted student group chat soon solidified into an actual possibility. The plans for an “ImPROMptu” moved to a separate GroupMe chat for planning as these prospective students continue to work out the details.

“At first, I think we were all kind of just throwing ideas out, like pretty wild ones, just as funny jokes — like we were saying that [President David] Leebron should go and we should make him prom king,” Angela Torres, an admitted student from Corpus Christi, said. “But once we got over the fun stuff, we started looking for the logistics of how we could do it.”

Students have begun volunteering to put their interests and talents to use in organizing the event, helping to add what some hope will be a more personal touch to the event.

“We get to know a lot about each other's talents and interests,” Catherine Nguyen, an admitted student from Dallas said. “Because we made [subgroup chats] to talk about, like, ‘Okay, I really love decorating. Let me be on the decorating committee,’ or like, ‘I really love to bake desserts. Let me help out with the catering.’”

Bringing a passion for baking to the group, admitted student Josh Fang is helping figure out how the event will be catered. While exact decisions are still up in the air, he already has some ideas.

“I was thinking of ordering some desserts but also baking some,” Fang, who is from Cypress, Texas, said. “We’ll probably set up little groups that would like to contribute to this effort, and we'll divide people up into teams for each dessert and will probably take advantage of the residential college kitchens.”

Several of the students cited Torres, the owner of the imPROMptu group chat, as the chief organizer of the event, initiating much of the communication between the group and leaders on campus about the reality of putting on this event and available venues.

“I actually emailed President Leebron, because we had the [admitted student video call] with him, and as the first live question told him how the class of 2024 wanted to get our final prom but at college,” Torres said. “And he told me that definitely could happen and to reach out to him, and he could put me in the right direction. I did email him, but I'm still waiting to hear back.”

Although the idea is to provide an experience close to that of prom, admitted student Maria Wagner said she does not view it as an exact recreation of the high school prom experience but something unique that can bond the class of 2024.

“Prom is an experience that you get to exclusively have with your high school friends,” Wagner, who is from Arizona, said. “I still think that doing something like imPROMptu is really special because it will not only give us a chance to bond as a class over this tough experience that's never been experienced before. I think it'll make us as a class a lot stronger. This is not easy to make up, but I think that we can make it up in a different way.”

Beyond providing a prom for those who had theirs cancelled, it gives students who would not have otherwise had the opportunity to attend prom even before cancellations.

“I've always been involved in event planning during school, and India doesn't have prom so it was a really new and exciting thing for me,” admitted student Stuti Jain, who is from Mussoorie, India, said. “I'm still not very sure what to expect from prom … [which] makes prom an interesting chance to get used to things and bond with other freshmen.”

Through an uncertain time, planning the event has given students a sense of purpose while changes to their normal routine leave many with unusual gaps in how to fill their time.

“I think that having an event like this to look forward to puts a little less negativity in the whole situation,” admitted student Karen Perez, who is from El Paso, said. “I have a purpose. I’m doing something, so I’m not just lost or not sure what to do with my time.”

For some students, planning the event gives them a sense of control in an otherwise uncontrollable situation and allows them to find a welcome sense of solidarity among others in their class.

“For a lot of us, it's kind of clamoring to return to normalcy. It's something that we're missing out on because of all the things that are happening,” Andrew Bare, an admitted student from Iowa, said. “And so the more we can reclaim that once school starts again, the better.”

While this experience is new to many students, others were heavily involved in planning their senior proms. Ariana Moshiri, an admitted student from Houston, was planning her school’s first prom before whether it was going to happen at all became a question.

“Our school opened two years ago ... so this year we're gonna have our first ever prom. I'm the student council president at my school, so I was pretty much taking the lead in planning our school's prom,” Moshiri said. “I went to the taste testing with our [assistant principals] to taste the food and get everything finalized. It was a really exciting thing to make our mark as our first ever high school prom for the school, and it was just gonna be this really big plan..”

Now, though, she hangs in limbo as she waits to find out whether their senior prom will happen as school administration goes back and forth on whether they plan to cancel or reschedule.

“Either way, even if it does get rescheduled, it probably will not be the same venue we originally reserved,” Moshiri said. “It's not going to be what we envisioned.”

Many students of Rice’s class of 2024 hope that a prom at Rice will give them a chance to bond over a shared experience. In the meantime, they’re already growing closer, according to Torres. She said many students are spending their spare time on regular Zoom calls and playing games together. Their goal is to help to foster a tighter knit group of students and help their classmates find a home at Rice.

“I hope that, for many students, [ImPROMptu] makes them feel welcome and definitely involved. I don't want anyone to feel scared of the new year or that they don't have any friends going in,” Torres said. “I hope we kind of take those worries away and let them know that we're in the same place and that we're all gonna get through this together.” 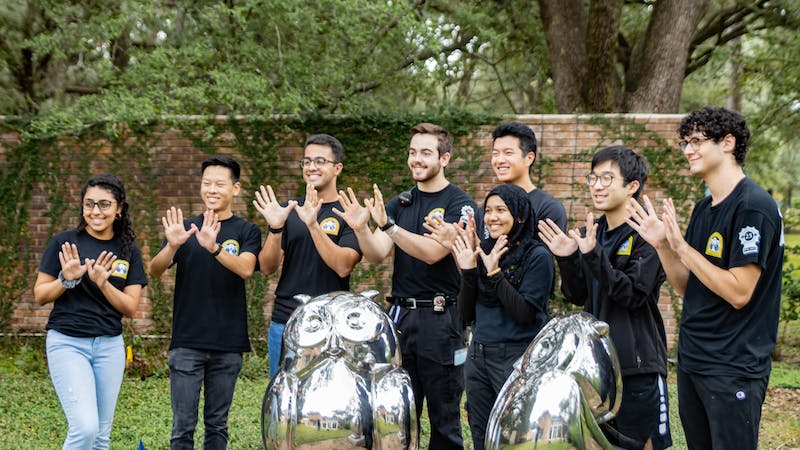 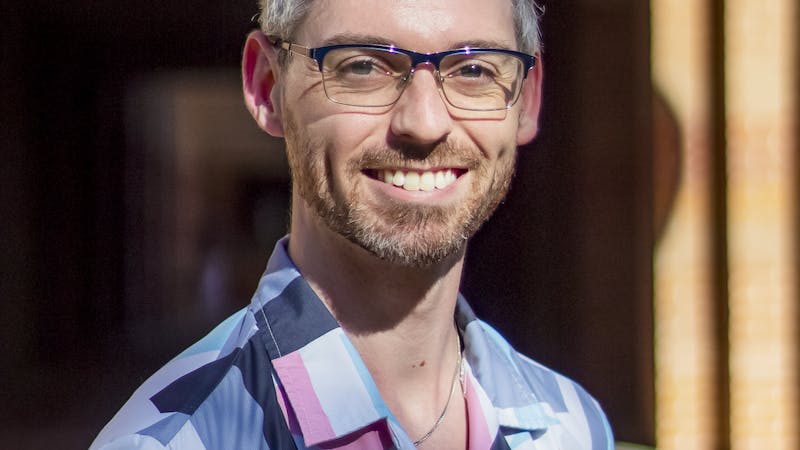 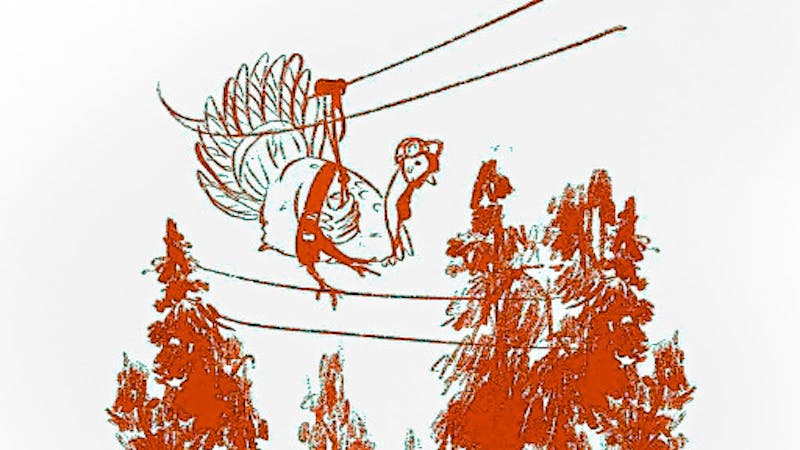