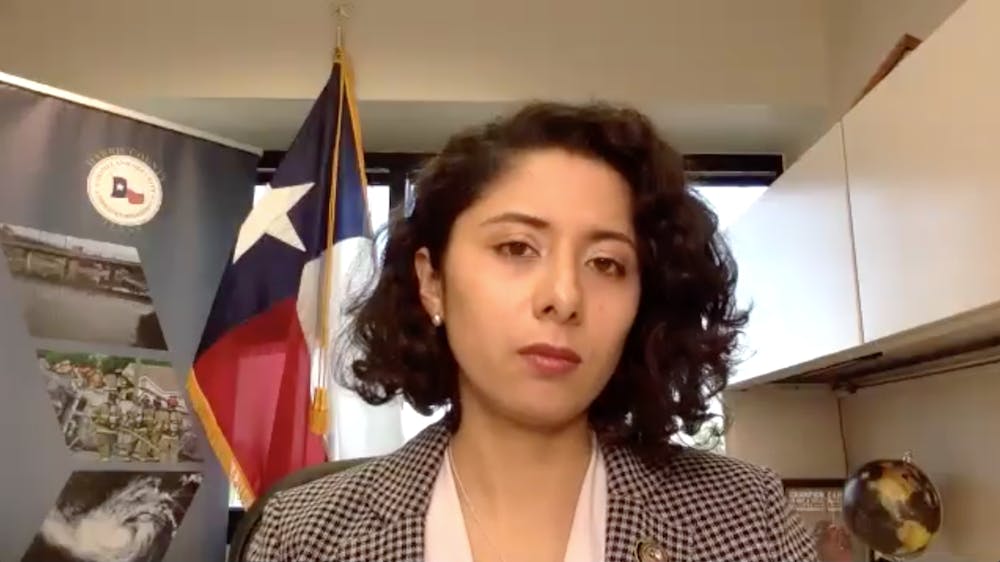 Harris County Judge Lina Hidalgo, announced a stay-at-home order for the county on March 24 which, originally scheduled to end on April 3, has been extended to April 30. Working alongside Houston Mayor Sylvester Turner, Hidalgo has been responsible for instituting these and other precautions for the city of Houston during the current pandemic. The Thresher recently sat down with Hidalgo to discuss next steps for the city.

“We actually had been working with researchers at the Texas Policy Lab at Rice to see what best practices were, and we knew it was the right time to issue a stay home order,” Hidalgo said. “So I had to talk with Mayor Turner, with the mayors of the 33 other cities that are part of Harris County and then developed the best stay-at-home order that we could all agree on and issued that.”

According to Hidalgo, discussions about reopening the county by lifting the stay-at-home order are currently in progress. But Hidalgo said that before anything can change, Harris county needs to reach the peak number of cases.

“Right now the case count is still growing. The admissions to hospitals are still growing,” Hidalgo said. “You think of New York, they went from being okay to a catastrophic place in 96 hours. We’re not out of the woods. We could still end up in a very difficult situation.”

Hidalgo said that there was push back from the community for instituting seemingly drastic measures so soon, including criticism for ending the 2020 Houston Rodeo over a week early.

“A lot of folks were saying we had to wait for there to be community transmission, but my sense was there was no evidence of community transmission yet because we weren’t testing enough. It wasn’t because there [were no other cases],” Hidalgo said. “I’d been in touch with leaders of other counties and cities around the country who had been harder hit, and I asked them what they wished they’d done differently and the answer was that they’d taken steps earlier.”

Restrictions on businesses came along with the stay-at-home order, including a regulation for restaurants to offer takeout or delivery options only. Hidalgo said county officials have consequently been working on ways to support small businesses in the current downturn of the  economy, including providing $10 million worth of zero interest, forgivable loans, halting evictions and childcare support for essential workers.

“You know the economy globally is depressed, nationally it’s in dire straits, and so we can’t pretend that, with a county budget as large as ours is, that we can fix the broader economy,” Hidalgo said. “But we feel a responsibility to do what we can. The thought behind the loans is that it will be a bridge while folks receive help from the federal government and we’re continuing to see what else we can do.”

Hidalgo said that as the county waits to hit this peak, the other main obstacle to lifting any mandatory precautions is the need for faster and more universal testing.

“If we reopen, even if it’s just lifting parts of the order, we know we’re going to have a resurgence of the virus,” Hidalgo said. “And so if we can test anybody who feels symptoms and get those results back quickly, then that person with symptoms can isolate themselves. Our epidemiologists can circle back with them, make sure that we’re isolating their close contacts, and the rest of us can continue to go to work, continue going to school.”