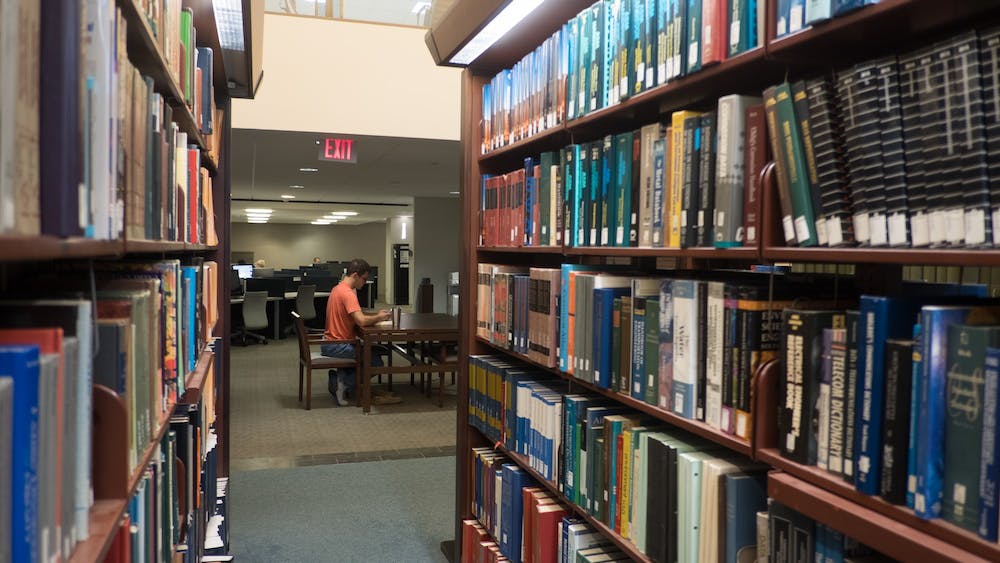 The Faculty Senate unanimously approved the second round of academic relief accommodations presented by the Executive Committee during their April 22 meeting.

One of the approved amendments to the EC’s proposal posits that any course that is dropped after the last day of classes will be designated on the transcript as “NG” or “no grade.” Undergraduates now have until June 1 to use this option, but classes dropped before this Friday will still be completely removed from transcripts. Any class marked as “NG” will not count as credit earned, so if the class is a prerequisite it will not meet the prerequisite requirement, according to David Tenney, the university registrar.

The intention behind this amendment is that no students go under the minimum hour requirement for the semester if they dropped a course. Students can retake the same course designated as “NG” later, and can then request the Registrar to remove the “NG” from their transcript.

An additional amendment further extends the previously approved deadline to designate a course Pass/Fail until June 1 for all continuing undergraduate and terminal masters students, while Spring 2020 degree candidates will have until May 20.

Other approved accommodations include ensuring undergraduate students will not be placed on academic probation, academic suspension or dismissed from their program as a result of course outcomes in Spring 2020 without the explicit approval of the dean of undergraduates or the dean of graduate and postdoctoral studies.

The accommodations were passed after campus-wide discussion of several potential policies to adopt, including a Double A policy that generated significant support from the student body.

After talking with students, Dean of Undergraduates Bridget Gorman said that, it has become clear to her that the challenges of moving online are more substantial than initially predicted.

“Learning through Zoom as well as the circumstances of learning at home, is much more complicated when [students] don’t have a library to study in, or study groups to work with,” Gorman said. “As we move closer to the end of the semester, I’m not seeing a decrease in students’ concerns and worries about this, or [a decrease] in the various stresses they’re experiencing.”

Christopher Johns-Krull, the speaker of the Faculty Senate, said the Executive Committee was strongly in favor of encouraging their colleagues to act with leniency and compassion, and find ways to test knowledge without relying on rote memorization.

“One of the things that would just relieve stress in general for students is to not feel that they have to memorize everything,” Johns-Krull said. “[We also encourage] faculty to be considerate of the technological issues students have encountered when trying to attend class [...] and not to rake them over the coals but to provide leniency.”

Seiichi Matsuda, the interim provost, said that he was initially troubled by the open-book, open-note exam proposals from undergraduate students but was later convinced of the reasoning behind the idea, and now favors the position that faculty should not be giving closed-book exams.

"A large part of the concern around closed-book, closed-note exams is not that people don't want to study, but rather real concern among honest people about how many would open their book even though it’s a closed-book exam," Matsuda said. "I found those concerns to really be compelling, and I favor the position that we should not be giving closed-book exams as they are acting as an invitation for major problems during this period."

Matsuda said faculty should try to be as generous as possible this semester, since many students are in very difficult situations.

"I would also encourage all of us to think seriously about the difficulty our students are under,” Matsuda said. “All of [the faculty] are encountering complications in their own lives, but most of us have a much more secure future and living situation than our students, so faculty should be generous such that all grading scales should be at least as generous as those in the past."

Johns-Krull also said that while the details are not finalized, there will likely be a notation on the transcripts for all currently enrolled students that notes the unique nature of this semester. This notation will be presented at the May 27 plenary meeting for the Faculty Senate to vote on once it is approved by the EC, dean of undergraduates and dean of graduate students and postdoctoral studies, according to Johns-Krull.

“At this point, we don’t have clear answers [to what the semester will look like] but there is lots of contingency planning,” Leebron said. “From the information that I’ve seen, I would still say the chances are very good that we would have a more-or-less normal opening in the fall, and while that’s not an assessment everyone would necessarily agree with, we’ll have to make a decision in the early-to-mid summer for the best course of action.”

Leebron said that Rice will also be standing by its commitments to financial access, including the Rice Investment.

“We have an appeals process that has always been in place if students find themselves in a radically different financial circumstance, and that process will carry on as it has before,” Leebron said. “We recognize our students may be in a significantly different financial position and our goal is to make sure it will still be possible for every admitted student to come to Rice."

According to Leebron, Rice has not seen an unusual amount of deferrals of admission yet, but the administration does think that this is a real risk.

“If we open the fall semester online, I think we'd see a fair amount of deferral not just among entering students but among continuing students as well, Leebron said. “I think there's also some risk of deferral, if we open campus with many restrictions on people's interactions for example, since people are looking to come back to the experience that they applied for and cherish.”

Leebron said there have not been many discussions about tuition adjustments yet but that would likely change if Rice decided to proceed with a fully online semester.

“One of our concerns is to try to maintain employment, particularly of the most vulnerable parts of our employment base,” Leebron said. “We did not let go of anybody after going online this spring semester, which is not true of every university, but the more we think about tuition differences, the less capability we will have to maintain [our current] employment levels.”

[4/22/20 6:45 p.m.] This article has been updated to include comments from Gorman and Johns-Krull addressing difficulties facing students studying remotely, additional comments from Matsuda encouraging faculty to be lenient with students and comments from Leebron concerning fall semester.