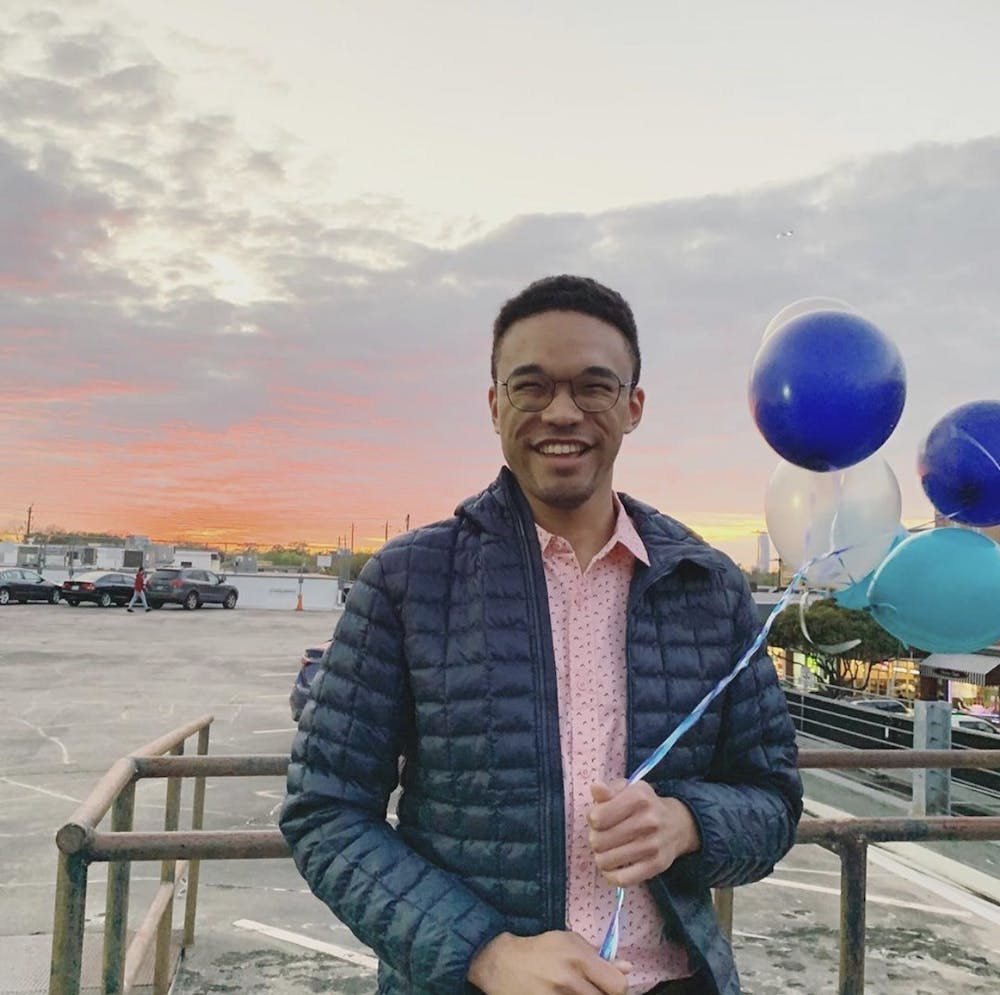 “For as long as I can remember, I’ve been interested [in] and loved everything about Nintendo as a company,” Carr, a Martel College junior, said. “To finally get some validation back and have them say, ‘Yeah, we want you. You’re enough’ ... was another big reinforcer that I was doing the right thing.”

By that time, Carr was no stranger to taking his interest in Nintendo video games outside of his childhood home. In the fall of his sophomore year, he began teaching a college course called “Super Smash Theory: Gaming Subculture” with Duncan College junior Daniel Christl, which explores the social culture surrounding Super Smash Bros. The class has gained immense popularity on campus, and has taught Carr that he has something to say.

Teaching a college class to his peers is just one way that Carr has begun finding his voice in his time at Rice. Carr is originally from Issaquah, Washington, a small city near Seattle he described as “supremely White,” which was reflected in the demographics of his middle and high schools. Although he was loud as a kid, Carr said he learned to be quieter as his parents taught him about the racism and dangers that accompany being a Black man in America.

“I think my parents did a pretty good job of teaching me how to be Black,” Carr said. “It was a lot of learning to be quiet, essentially, to hold my tongue. Not to necessarily forfeit my opinions, but to communicate them in a way that was tiptoeing around people’s feelings, essentially.”

Throughout middle and high school, Carr said he faced microaggressions that made him feel like an outsider. In middle school, for example, peers would see how many pencils they could stick into Carr’s afro without him noticing, and he would come home with lead in his scalp. In classes, teachers would sometimes tell him his performance didn’t matter because he wasn’t trying to go to college, even though college had always been in his plans.

Carr first laid eyes on Rice in the sixth grade, when his parents took him and his older sister to visit some colleges.

“Of course, me being in the sixth grade, I was just bored out of my mind, wasn’t really paying any attention,” Carr said. “But I remember loving the scenery of it, not knowing much more about the institution obviously.”

When the time to search for colleges finally came for Carr six years later, he took it upon himself to learn more about the institution, and was attracted to Rice’s balance of academic rigor and supportive students, as well as its relative diversity.

“I’ve always prided myself on being almost overly empathetic, and so the thought of being at a school that was really competitive or cutthroat was out of the question to me, not even a factor,” Carr said. “Hearing that Rice was not only a great school but also a place where people could freely collaborate and just work together, not to the detriment of one another, made it such an attractive option to me.”

Driven by a lifelong fascination with how people think, Carr has landed on a cognitive sciences major with a minor in business. He aspires to carve out a life for himself where he can “implement organizational psychology in [his] day-to-day, and use that to not only empower the people around [him] but maximize the opportunities presented to everyone.” He’d also love to return to Nintendo in the future, he said.

Although he loves his major, Carr said his academic path has not been devoid of struggles. When he came to college, Carr found himself with a learning disability that gave him a short attention span and difficulty retaining content.

“[It’s] a very annoying issue to be presented with as you’re transitioning to being a college student, amidst all the other things,” Carr said. “Rice is relatively supportive of people that fall within that community through disability accommodations, but it’s still a tumultuous path to tread given that you have to learn how to advocate for yourself. Though you can seek accommodations for extra time and stuff like that, you still have to get yourself up and deal with it on your own.”

The challenges posed by Carr’s learning disability were especially challenging to navigate because he already felt the pressure was on to perform well as a Black student, he said.

“Reconciling this expectation that I’m somehow less composed or intelligent because I’m a Black student with having a learning disability has created a very difficult slope to scale,” Carr said. “Up until recently, I felt like I was failing the people around me based on the need to prove them wrong and my inability to do that, and it wasn't until I switched to a more internal method of validation that I realized that I was doing fine.”

One community on campus Carr has relied on for support in the face of these challenges is the Black Male Leadership Initiative, a Rice organization that strives to instill a sense of belonging and solidarity among Black men on campus. Carr serves as BMLI’s secretary.

“BMLI has had a ridiculously high amount of impact on how I conduct myself. It’s taught me a lot about how to not only be professional but retain arguably the biggest part of my identity, being Black, while I’m doing it,” Carr said. “It’s been very powerful to have experiences with other Black men, to have the opportunity to see the majority of them all in one place, because that rarely happens.”

Ever since his Orientation Week in 2017, Carr has found his residential college, Martel, to be a steady source of support. Since then, he has served as an associate justice and an O-Week advisor for his college. He fondly remembers his first day as a new student, when his advisors welcomed him and his parents.

“My mom is super emotional, and she’s definitely imparted that trait on me too, so it wasn’t until she started crying and getting filmed by the O-Week people and stuff like that I realized I was in the right place,” Carr said. “And it made me realize that from the get-go I had a group of people that cared an insurmountable amount about me.”

Martel has also been a place where Carr has been able to initiate conversations about diversity and inclusivity on campus — aspects of Rice which Carr said are relatively better than other comparable universities, but have plenty of room for improvement.

“Just recently at Martel we held a Black at Rice experience panel, and I think that was really a step in the right direction,” Carr said. “Having more of those sorts of interactions is what will make the Black population feel more accepted. Just having those difficult conversations and more uncomfortable discussions about what’s been going down, honestly. I think that’s a big first step.”

For his own part, Carr said he feels like he is rediscovering his loud voice from childhood, which he said he lost for so many years. Whether it’s about his learning disability, his experiences being Black or his adoration of Super Smash Bros., Carr said he is committed to using his voice to advocate for both himself and for those around him.

“It’s taken me until today to really find my voice, to get my voice back,” Carr said. “But it’s more important for me to put myself in uncomfortable situations [than to be quiet], and to raise awareness for the people that are not able to advocate for themselves.”