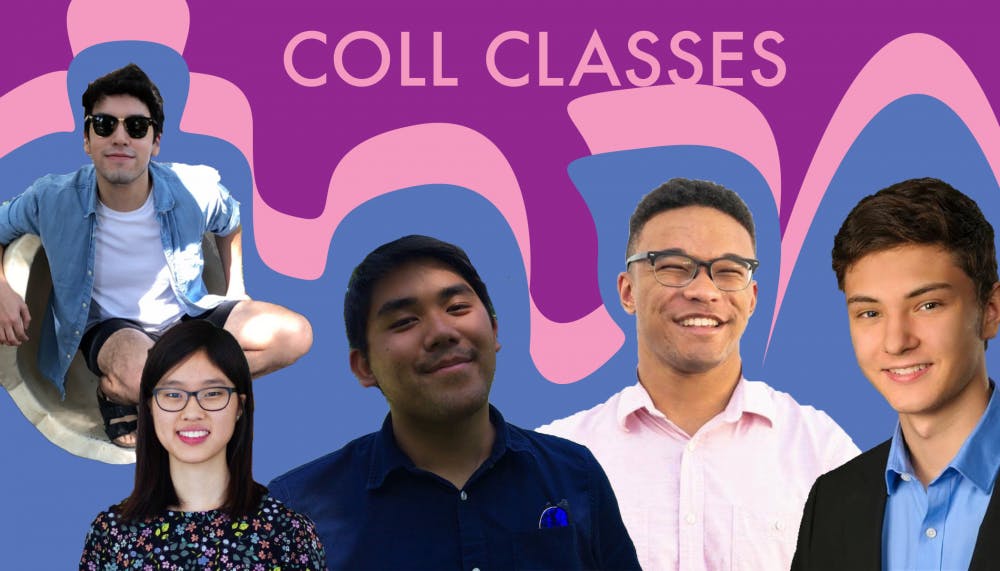 From classes on media and esports to biological information about skin, fall 2019 college courses cater to a variety of student interests.

Baker College sophomore Adam Cardenas has struggled with his skin for years. In middle school, Cardenas developed cystic acne, which soon took control of his life. He said it began dictating how people saw him to the point that he avoided going out.

“I started even showering in the dark because I didn’t want to see my face in the mirror,” Cardenas said.

His dermatologist prescribed intense medications, such as benzoyl peroxide and isotretinoin. These treatments encouraged him to perform his own research on skin medications, and he began to learn more about skin.

Not only did he research the side effects of the medications his dermatologist prescribed, but he also found experimental treatments. He tried a number of facial treatments — from tea tree oil to raw potatoes — and his research inspired him to create a more science-focused class on skincare.

“Skincare has a lot of people online spewing whatever their opinions are,” Cardenas said. “I really want to just organize [my class] into scientific studies so I can give crude facts to students that want to learn things.”

In his class, Cardenas plans to cover a variety of skin-related topics. After explaining the integumentary system, he will include daily skincare tips, skin diseases and cosmetic dermatology procedures like Botox.

Ultimately, Cardenas’s goal is to build up people’s self-confidence in their skin, something he lacked for a long time.

“The main takeaway is just appreciating the skin [and] not taking it for granted,” Cardenas said. “It’s important to learn about the skin because the skin has a lot of potential for building your self-confidence.”

For Duncan College sophomore Daniel Christl, playing “Super Smash Brothers”, a video game where competitors fight each other as Nintendo characters, started out as a causal hobby. Growing up, his older brothers played Nintendo 64, and it slowly became a way for Christl to bond with them despite a 10-year age difference.

“I remember staying up late with my brother against my mom’s wishes just to play with him and his friend,” Christl said.

“Super Smash Brothers” became a casual hobby for Christl, but it wasn’t until his junior year of high school that he realized it could be something more. After making a friend who shared his love of “Smash”, he began playing with a group and realized he didn’t know as much about the game as he thought he did.

“They were doing all these things that I had never seen before,” Christl said. “There’s a bunch of very technical things you can do.”

He wasn’t aware of these technical aspects of playing “Smash,” but began playing with his friends more until he learned the techniques. That group of friends turned into a community for him.

The subculture of the greater “Super Smash Brothers” community is the focus of Christl’s college class, which he is co-instructing with Martel College sophomore Jaylen Carr. For their class, the two plan to assign readings about different players’ perspectives on “Super Smash Brothers” as well as esports as a whole.

Christl said they particularly plan to explore the accessibility of esports, which is what Christl thinks makes esports unique.

“I think esports is special in that really anyone can get into it — anyone can play it,” Christl said.

Martel junior Eric Shi’s fascination with Survivor began with a passion for reality television. One day he happened to watch an episode, and was hooked by the unique content of “Survivor.” He found the interpersonal dynamics and competition interesting.

“I liked the concept of it and seeing how people play the game,” Shi said.

“Survivor” is a reality television show where people are placed on an island or remote area with the goal of not being voted out. According to Shi, contestants complete challenges to win immunity from being voted out of of the competition, both in groups and individually. When there are only three remaining finalists, the people who were voted out form a jury to decide the winner.

Shi took a college class on “Survivor” in the fall of his sophomore year on the recommendation of a friend. When the student who was teaching it stepped down, he decided to take over starting this spring. Next semester, Wiess College junior Yunjing Huang will be joining him to co-teach.

Shi and Huang’s version of the class, which is based on the previous instructor’s syllabus, will focus on the psychology behind the game. For their homework assignments, students will watch a few episodes of a season to discuss.

In class, the students will compete in Survivor-like challenges against each other. For a one-on-one challenge, Shi has two students get into a pool holding a ping-pong paddle with a cup on top, then compete to see who can knock over the other’s cup first.

Ultimately, the reason Shi got into the class was because his love of Survivor.

ASIAN AMERICANS IN THE MEDIA

For Wiess junior Priscilla Li, watching a movie like Crazy Rich Asians with an all-Asian cast was a big deal. Not only is it rare in Hollywood, but Li said she also appreciates seeing people like herself represented on the big screen. In order to open conversation on the topic, Li decided to teach a college course.

“I want the students to be able to have a conversation about these issues that normally we wouldn’t really talk about in Rice classes,” Li said.

In her course, Li plans to address the lack of Asian representation in media. Li said that by casting Asians into certain types of roles, Hollywood supports stereotypes that can be harmful to Asians in real life.

“Media perpetuates stereotypes that we come across in real life, and this can reaffirm or start to create these stereotypes in viewers’ minds,” Li said.