In 2002, the first episode of the Bachelor aired, capitalizing on the elements that made romantic comedies such a big hit. Eighteen years later, the show still has a captive audience. Although some of the watchers have stayed with the Bachelor since its inception, the show has also gained new watchers along the way — including students all across Rice, many of whom attend weekly Bachelor watch parties at their residential colleges to keep up with this season’s bachelor, Peter Weber.

The Hanszen College watch party began as an informal gathering, according to Morgan Seay, who hosts the watch party in her suite. As more people started joining, one person suggested getting the Hanszen movie committee involved to fund and publicize the event.

“Now it’s just like 20 people shoved into our suite,” Seay, a Hanszen sophomore, said. “We’re sitting on the floor, sitting on our couch, people will bring pillows and stuff and we’ll just eat snacks and watch the Bachelor.”

At the Baker College watch party, Spoorthi Kamepalli said students are always chatting throughout the show, discussing the events that occur.

“There’s definitely dramatic gasps. We all have commentary going on throughout, and we do random polls like, ‘Who do you think is going to make it next round?’ so I think it’s definitely very interactive,” Kamepalli, a Baker junior, said. “We all love talking through the episode.”

Becky Shepherdson, an exchange student from Cambridge University, said she discovered the Bachelor after her O-Week advisor described it as the American version of Love Island, a similar show based in the United Kingdom. For Shepherdson, part of the appeal of the show is watching it with a group.

“I wouldn’t watch it by myself. I know I wouldn’t,” Shepherdson, a Martel College senior, said. “But I think it’s a really good social excuse to bond over something which just doesn’t matter.”

Chris and Jaime Mize also prefer watching the Bachelor in a group. The Resident Associates at Brown College used to watch the show by themselves before realizing that many students at their college were watching as well. Now, their Bachelor watch party hosts up to 25 people in the elevator lobby of the Brown tower.

“It’s way more fun with a group,” Chris Mize said. “Honestly, without the group, I’m pretty sure we would fast forward through some of it — like the date parts.”

For Jaime Mize, watching the Bachelor with students amplifies the experience because of how passionate they can get.

“What's cool is I have people in [the fantasy league] that don't watch The Bachelor — they don't know [what happens and] they're like, we don't care,” Barber said. “There [are] people who don't watch the show and will ask me about it.”

According to Sarah Berton, who runs the Martel College watch party, the show’s appeal is its similarity to a romantic comedy.

“Everyone likes a rom-com, and I think that this has a lot of elements that are similar in that it’s funny, but they’re not trying to be funny — it’s just funny because we’re making fun of people,” Berton said. “It’s a little more rooted in reality than a written show or a written movie.”

Shepherdson, Berton’s O-Week new student, said she thinks people enjoy watching the Bachelor because of how inconsequential it is.

“At the [moment], the news, it’s just so fucking depressing — like everywhere you turn is another depressing news story or something to be annoyed or upset about,” Shepherdson said. “And I know that the Bachelor has its own problematic elements, but it’s largely irrelevant and you can sit there with all your friends … [and] make fun of people and know that it doesn’t matter.”

Despite making fun of many of the contestants, both Shepherdson and Berton admit that they care about what happens.

“Even if we make fun of it and think that Peter’s stupid and think that these top three [contestants] are uninteresting, we are heavily invested in what’s going to happen,” Berton said. “And every time we watch the trailer for the next episode, we’re like, what does this mean?” 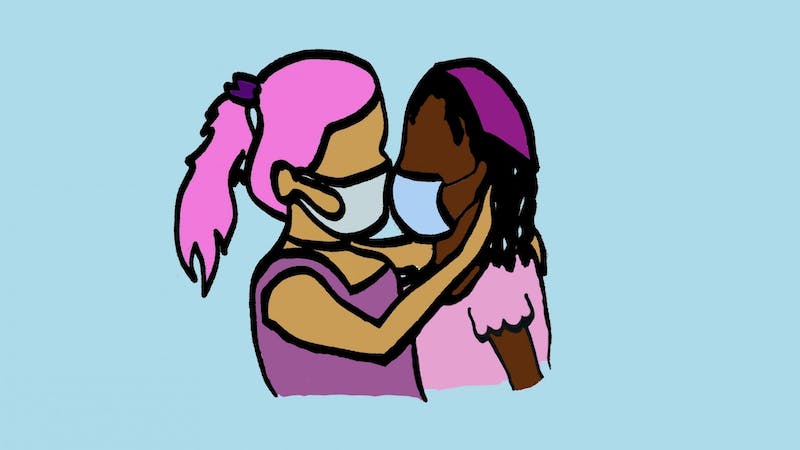 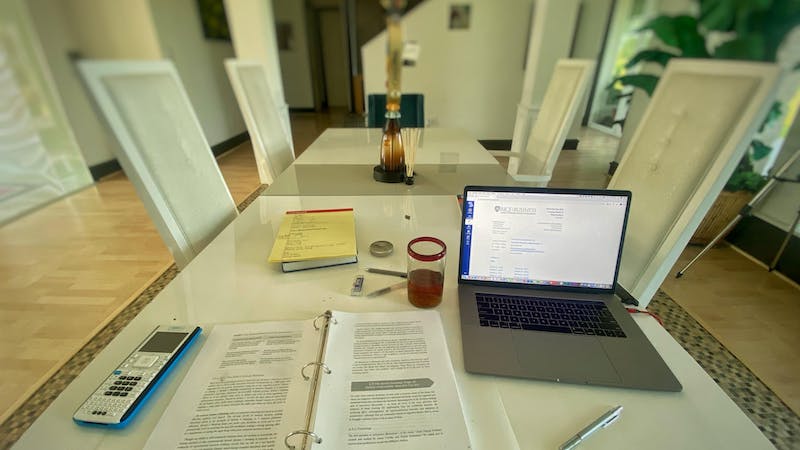