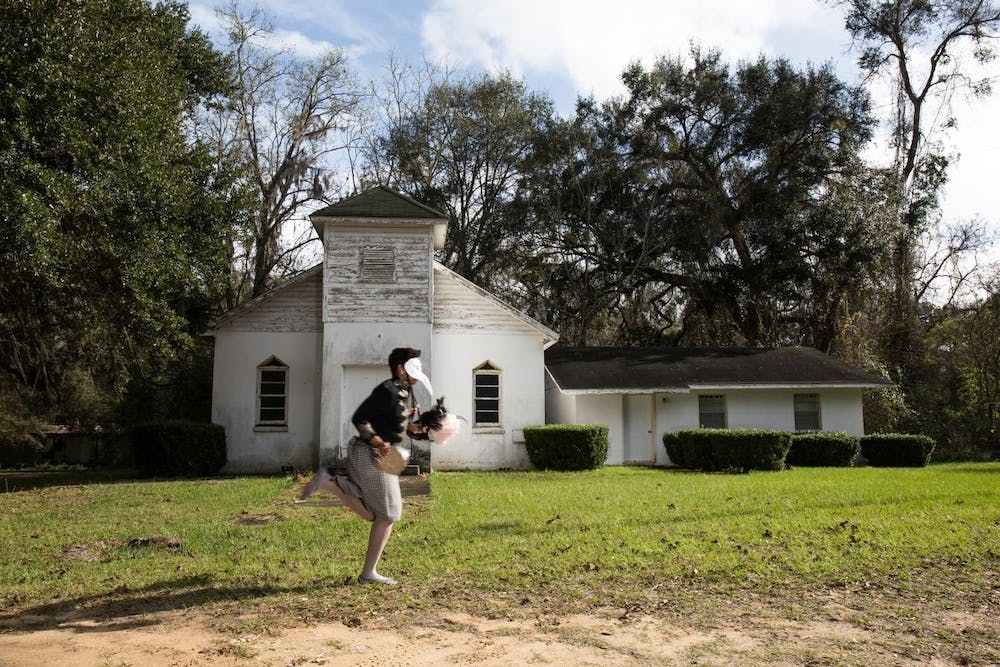 The Menil Collection’s “Photography and the Surreal Imagination” is a work of profound audacity, and is better for it. The exhibition, held in a single, large room bisected by a central wall, sets out to form a retrospective of surreal photography over a time period spanning from 1920 to today. The result is cramped and creative, displayed in a manner that seeks to draw big-picture linkages between eras and holds only lightly to chronology. A series of collages from the 1930s is broken up by a time traveler from 2015; a line of modern photographs on the back wall is interrupted by “The Demonic Tree,” a disconcerting 1950 work by Clarence John Laughlin.

In the face of such an apparent disparity between the scope of the retrospective and the size of the gallery meant to display it, the exhibit runs the risk of overlooking smaller, more obscure artists in favor of including as many titular artists as possible.  Indeed, “Photography and the Surreal Imagination” is packed with big names such as Man Ray, a photographer and painter whose lens captured the likes of Pablo Picasso, James Joyce and Salvador Dali. However, despite space constraints, the exhibit still manages to showcase a diverse array of contemporary work, most notably Arthur Tress’s “Hermaphrodite between Venus and Mercury” and selections from Alison Jaene Hamilton’s 2015 collection “Sweet milk in the badlands.” These are some of the best pieces of the exhibition. Tress’s 1973 portrait, showing a hermaphroditic figure standing in the middle of a lawn flanked by Romanesque statues, is beautifully tender and provides refreshingly uncoded queer representation. Hamilton’s portraits experiment in what she describes as rural Black surrealism, tapping into the power of masks — a device for cultural commentary that has become popularized in dark TV and film such as “Us,” “Watchmen” and “The Purge” —  to chilling effect. In one portrait, a middle-aged Black woman in a 1400s-esque plague mask walks in front of a run-down church; in another, a younger woman stands alone in the middle of a vast, grassy lawn.

The exhibition’s greatest strength lies in its juxtapositions between disparate time periods. Max Ernst’s 1920 photograph, “Health through Sport,” depicts a Greek heroic statue holding a golf club and wearing a reptilian mask, an augury of Hamilton’s masked subjects. A small glass case at the center of the gallery shows the exhibition at its most efficient: two photomontages, one from the 1920s, the other from over 70 years later but still both resembling each other.

These comparisons prevent the exhibition’s collapse into a drab timeline while also raising fascinating questions. By using a 1920 work as a barometer for understanding motifs featured in a 2018 portrait, it weds contemporary surrealism to work one might consider antique — and converts the present into the past with disorienting speed.

“Photography and the Surreal Imagination” is now on view at the Menil Collection until June 14. The Menil is open from 11 a.m. to 7 p.m., Wednesday through Sunday, and entry is always free.