Ringing in the Lunar New Year on campus 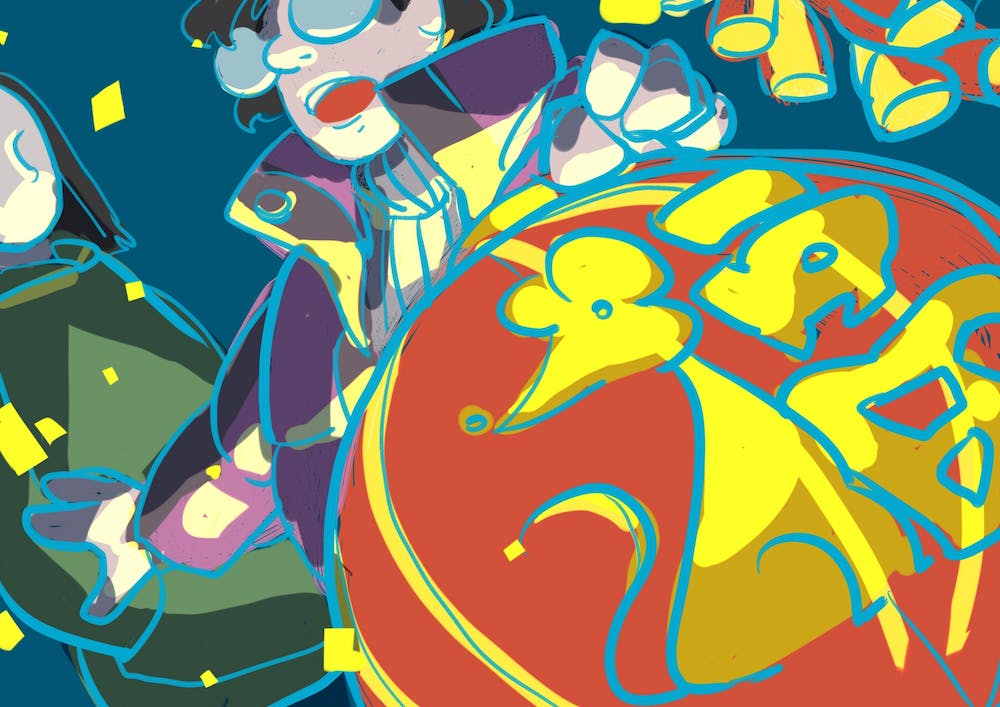 In the United States, people often celebrate the new year with kisses at midnight, a champagne toast and resolutions. When countdown concludes and the ball drops in Times Square, the new year has officially begun — for some. However, many East and Southeast Asians celebrate Lunar New Year, which doesn’t take place this year until Jan. 25. Here’s a look at how Rice students celebrate the new year.

Lingkun Guo, an international student from Shenzhen, China, said one of her family traditions includes watching the CCTV New Year Gala, which involves various songs, dance and comedy acts, during dinner. Although she said over the years the show has become repetitive, Guo’s family still watches every year.

“It has become a new year necessity at this point,” Guo, a Brown College freshman, said.

Another Lunar New Year spectacle is the lion dances, where people dress in a lion costume and mimic the animal’s movements to beating drums as a way to attract good fortune. Watching the lion dance in Houston’s Chinatown is Minhhy Truong’s favorite tradition.

“You’re supposed to give money to the lions as they are dancing to ward off evil spirits,” Truong, a Wiess College sophomore, said. “That’s always the fun part.”

“This year I’ll spend my time on rehearsals for a comedy happening on the last day of the Lunar New Year [celebration], which is also known as the Yuanxiao Festival, or Lantern Festival,” Lyu, a Baker College freshman, said.

Some Taiwanese families celebrate the new year by worshiping ancestors in temples, according to Annabel Chang.

“My father’s side of the family, the older generation, in particular, is heavily Buddhist or Daoist, so we’d bring all the food to the family shrine, light the incense, and offer thanks to the gods and our ancestors,” Chang, a McMurtry College junior, said.

Yunee Park, a Duncan College sophomore, typically visits her grandparents’ house on Lunar New Year, where they prepare large amounts of food such as “songpyeon,” a form of honey-filled rice cakes, and “galbi,” a type of grilled ribs. Family is at the center of Korean culture, Park said.

“Personally, the Spring Festival is not that special when you can’t be together with your family,” Cheng, a McMurtry College freshman, said.

To combat homesickness, many students turn to homemade food to remind them of home. Guo said she plans to replicate the  dumplings her grandma makes with her friends in her college kitchen. Cheng said he would like to have a nice dinner in a Chinese restaurant with his friends.

Troung, who organized a Lunar New Year feast at Wiess College last year, said he plans to hold a similar event this year.

“Last year, we succeeded in folding around 400 dumplings and catering several different dishes like two roasted pigs,” Troung said. “This year I’m hoping to do the same things.”

In Chinese culture, certain foods served on Lunar New Year’s Eve are said to bring good luck in the coming year. Dumplings symbolize wealth because of their resemblance to ancient gold ingots in imperial China, according to Guo. She often makes dumplings with her family during the festival.

For Wang, fish and “nian gao,” or rice cakes, are two auspicious dishes on her family’s feast table. The word for fish in Mandarin — “yu” — is a homophone of the Mandarin word for surplus, according to Wang.

“Fish is supposed to [refer] to the idiom ‘nian nian you yu,’ which means to have surplus every year,” Wang said.

“Its golden color symbolizes wealth in China and the Mandarin pronunciation of kumquat, ‘jin ji,’ sounds like the word for good luck, ‘ji,’” Du, a Hanszen College freshman, said.

Although Guo misses her family on the other side of the Pacific Ocean, she said she is excited to share her culture with other people here at Rice.

“I’m also excited to see how people celebrate it in Rice’s diverse community,” Guo said. “I look forward to learning about how other Asian communities celebrate it.”

Chang, who is a member of the Rice Taiwanese Association, said although she is unable to join her families halfway around the world, she is glad that she could hang out with her RTA family right here.

Du, who attended an American high school as an international student from China, said she is thrilled about celebrating the Lunar New Year with her friends at Rice for the first time.

“In my high school I felt lonely sometimes, but here I’ve met lots of like-minded people who made me [feel at] home,” Du said. “I cannot wait to celebrate the Lunar New Year with my new family.”