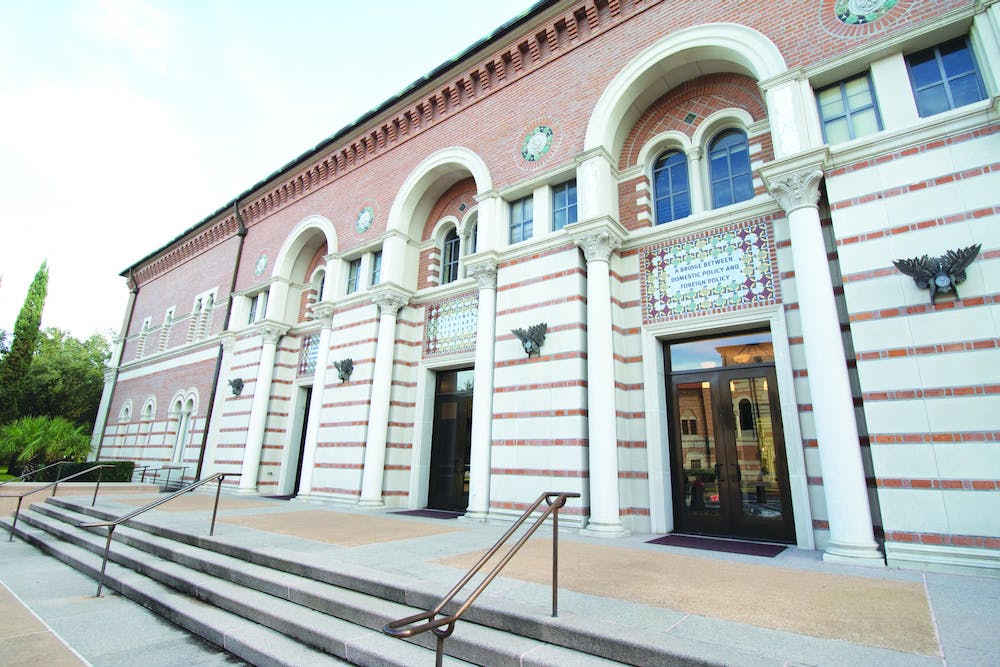 Since last year, high-profile speaker events including the visits of former President Barack Obama and current Vice President Mike Pence have been exclusive to students who are involved in high leadership positions of on-campus political organizations and those who are affiliated with the Baker Institute.

Rice Young Democrats also suggested that the Baker Institute send invitations to a listserv for students with an interest in politics and open up a link to undergraduates to submit questions.

“They [Baker Institute] expressed interest in this proposal,” Scannell said. “But they said this could operate as a lottery for those students who demonstrate interest in policy, and they think it should be managed by BISF.”

The Baker Institute rejected the suggestion of a mandate quote or percentage of seats reserved for students at every event, according to Scannell.

“They went back and forth talking about how setting a number was really hard for them, and that they were worried that students wouldn't RSVP,” Scannell said. “But we assured them that we would obviously be able to fill those seats and it's a question of them making room for us and not putting us last.”

The Baker Institute will be working with the BISF leadership in the coming year and listening to their ideas for increasing student activity at the institute, according to Stevenson.

“We welcome ideas from students and organizations on campus for potential speakers, student watch parties [...] and other initiatives to further contribute to student life,” Stevenson wrote in a statement to the Thresher.

The Baker Institute also expressed interest in creating a new student engagement position at the institute, according to Stevenson.

Scannell said she is concerned about the Baker Institute’s exclusion of students who are not involved in leadership positions of political groups.

“It’s not appropriate for a research institution that’s on a college campus to be so clearly excluding the vast majority of undergraduates from hearing what these people have to say and asking questions,” Scannell said. “Not everyone has the resources or time to commit to being on the board of these organizations.”

In a statement to the Thresher, Ben Stevenson, director of operations and planning for  the Baker Institute, stated that high-level speaker events are often space-limited because the building’s main event space, Doré Commons, can hold a maximum of 300 guests. Therefore, invitations to the Rice community are limited.

Decisions about the event location and audience capacity are determined by anticipated interest, venue availability and logistical costs, according to Stevenson.

According to Scannell, in the meeting between Rice Young Democrats andthe Baker Institute leadership, Stevenson said most speakers normally choose to hold the talk in Doré Commons since they want a small venue to make the room look full.

According to Stevenson, on-campus political organizations are prioritized when there is not much space.

Providing BISF members with the opportunity to attend high-level speaker events strengthens the BISF and its ability to serve as the primary link between Rice students and the institute, according to Stevenson.

According to BISF president Madison Grimes, BISF gives special preference to members who have a history of involvement in its events.

“We typically offer those tickets to BISF officers first, then to members of our general board, and finally, we offer any leftover tickets via our email listserv,” Grimes, a Hanszen College senior, said.

In the case of Pompeo event, the limited number of tickets offered to BISF meant that they were all taken by members of the officer team and general board, according to Grimes.

Some students expressed concern over the lack of publicity aimed toward students regarding high-profile speakers like Pompeo at the Baker Institute. Sophia De Leon-Wilson, a Baker College freshman, said she did not learn about the event until she saw the protest flyers distributed by Rice Left on campus.

According to Scannell, she had not heard about the Pompeo’s visit until Nishant Pradhan, the diversity and inclusion director of Rice Young Democrats, sent her a link to the event.

Scannell said a lot of people aren’t on the ALLDEPTS mailing list because it often gets spammed. She also thinks that was the only attempt that they made to inform students of the event.

Students who are not on the leadership positions of political clubs expressed frustration of having difficulty accessing the Pompeo event.

Although he was informed through the listserv, Josue Alvarenga, a member of the General Board of Baker Institute Student Forum, said he did not have a chance to attend the talk.

“You had to apply to be part of the BISF General Board to even have access to one of the very few spots offered and those spots were taken within minutes,” Alvarenga, a Baker freshman, said. “It doesn't seem right that only a dozen students out of thousands had access to this event.”

Anthony Saliba, the president of Rice University College Republicans, said he individually received an official invitation from the Baker Institute  Nov. 1, but he did not think many of his club members had received an invitation.

“I imagine many members would be eager to attend if invited,” Saliba, a Duncan College junior, said.

Scannell said Rice Young Democrats would follow up with the Baker Institute at the beginning of the next semester and that Stevenson said he will take the suggestions to other administrators.

“I hope the momentum doesn’t stop,” Scannell said. “I'm hoping that Baker Institute will follow up and actually pursue these changes.”