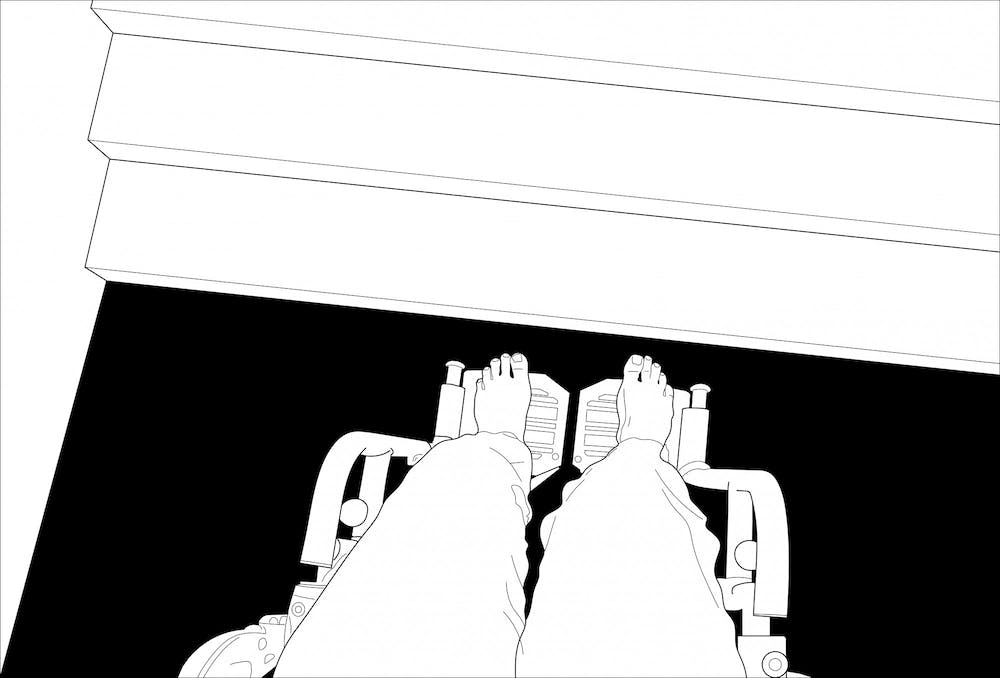 Each semester a Rice student will spend hours carefully crafting a course schedule that fills their major requirements, impresses future employers, and avoids that dreaded 8 a.m. section. But students with disabilities often have to worry about another factor: accessing their classrooms. A pending case against Rice by the Department of Education for disability discrimination motivated a deeper investigation into the experience of students with disabilities on campus.

Shane DiGiovanna, a Martel College junior, said he had to change his major from physics to economics due to the inaccessibility of the second-floor Herzstein Hall physics labs.

“I had to change my entire major due to severe accessibility issues,” DiGiovanna, Co-chair of the Student Association’s Students with Disabilities Council, said. “That unfortunately drastically changed the direction of my life, because I was planning on being an aerospace engineer working in the space industry at NASA, JPL, SpaceX ... That was my whole life plan ever since I was a child.”

Alan Russell, Director of the Disability Resource Center, said that Herzstein Hall has several complications in terms of accessibility, but they are working to improve those issues.

“This office worked with [Facilities, Engineering and Planning] to improve access into the building, which resulted in a ramped entrance instead of the old mechanical platform lift,” Russell said.

DiGiovanna said the lack of proper infrastructure was the sole reason he had to change his major.

“Twenty-nine years after the Americans with Disability Act was passed, students still have to factor in their disability when choosing what to major in, which I believe is not good and kind of unacceptable,” DiGiovanna said.

However, DiGiovanna said he does not blame the Physics department.

“It was 100 percent not their fault,” DiGiovanna said. “It was just the infrastructure that was the issue [which] couldn’t be fixed by them. And honestly, they were some of the best professors I’ve had at Rice.”

Vidisha Ganesh, a Baker College junior, found herself in a similar situation during her first semester at Rice when she took Differential Equations in Herzstein Hall.

“The stairs leading up to the second floor of Herzstein are treacherous on their own, but with my additional lack of balancing abilities, I felt endangered every time I had to go up or down,” Ganesh said. “It got to the point where I literally asked the professor to accompany me down the stairs every day after class.”

“Once when I was going to class, I couldn’t physically get in the building because the accessible entrance with a ramp was blocked off by maintenance staff,” Wu said. of this, I was late to class since I needed to wait for them to be there to let me pass, which went on for about three weeks.”

Wu thinks that there should be awareness training for faculty to understand accommodations. He said he once had to drop a course due to a professor who did not make accommodations for him.

“When I broke my leg, I needed to attend classes virtually through Skype or receive lecture notes/presentations from professors or other students,” Wu said. “One professor, who I will not name, would not work with me regarding this. A big part of the class was participation and she refused to let me Skype in to participate. She basically told me she will allow me to drop the class, but if I continued the class I would have 20 points deducted to my final course grade since I couldn’t participate in person.”

Unsure what steps to take after being denied accommodations, Wu eventually dropped the class.

“This dissuaded me from selecting that major since that was a required course and I already completed halfway,” said Wu.

Russell said that students with disabilities must notify the Disability Resource Center with documentation from a professional about their needs.

“If a student with a disability has an issue with accessibility in a particular building, we work with the Registrar’s Office to move the class to an accessible building,” Russell said.

DiGiovanna said that the DRC has been very helpful in obtaining accommodations for him.

“I will email them the names of my professors for the next semester, the classes that I’m taking and whatever accommodations I need and then they’ll give me you know an accommodation letter,” DiGiovanna said. “Also because I’m deaf, I will often get a professional transcriber to transcribe my classes and disability office is wonderful at getting those.”

DiGiovanna found that almost all of his professors at Rice have been helpful and given him all the accommodations he asked for.

“But then again, you know, part of that is because my disabilities are so obvious,” DiGiovanna said. “Nobody can deny that I have a major disability just because it’s so physically obvious. I do know that there are some students with invisible disabilities who have faced some issues with professors and their accommodations. And so, I think I’ve avoided some of that.”

DiGiovanna said that social life at Rice has been more accessible than academic life for him. He attributes this to both his residential college as well as his supportive friends.

“Martel is very accessible,” DiGiovanna said. “I haven’t had any issues at Martel. Whenever I go to a party, I usually have a friend with me or a couple of friends who know my physical issues. My friends are really good at making sure that I can do whatever I want at a party. They’ll help me get a chair [and] find a place for me to sit down.”

Wu said he felt limited at many social events because a lack of accessibility to functions at night or off-campus.

“There were a lot of nighttime activities that I wasn’t able to attend,” Wu said. “Because of my disability, I get tired easily, so I couldn’t stay up too long. Because of this fact, it became difficult to attend those social events. Additionally, sometimes, when events were off campus, it was difficult for me to go because of a lack of transportation.”

Ganesh said she commends students and staff for fostering an inclusive community.

“Thankfully, nobody at Rice has made me feel weird, different or like I didn’t belong here,” Ganesh said. “I still feel nervous going to events where I’d meet new people, but I think that’s more just normal nerves.”

DiGiovanna attributes the accessibility of social life at Rice to the Culture of Care.

“When it comes to social events at Rice, I think that accessibility is not as much of an issue because the Culture of Care really helps students with disabilities overcome most of the challenges,” DiGiovanna said.

DiGiovanna said that he had a wonderful Orientation Week experience, praising his advisers for including him in the activities and ensuring he didn’t miss out on anything major.

Ganesh said O-Week was accessible for her because her coordinators and advisors took initiative to make accommodations.

“They knew it would be physically demanding, so with the A-team, they rented a golf cart from the Disability Resource Center,” Ganesh said. “They also helped me rent a scooter for the first few weeks of classes when they knew I’d need time adjusting.”

However, Ganesh said her Beer Bike experience did not go quite as smoothly.

“My friend and I took the Target Shuttle all the way to the closest parking lot. The actual races were still really far away, and when I got there I was literally so tired I just remember collapsing onto a chair or bleacher,” Ganesh said. “Even after Beer Bike was over, I hadn’t recovered energy and had to ask a friend to drive me back to my residential college.”

Ganesh teamed up with Rebecca Chen (Brown College ’19) to form the Disability Advocates and Allies club in order to make Beer Bike more convenient for students with disabilities. This past Beer Bike they provided golf cart rides to and from the races.

“We strived to make Beer Bike more accessible,” Ganesh said. “We added an accessible seating area. I also provided a golf cart chauffeuring service for any student/staff member that required assistance getting to or going back from the venue.”

Russell said that the DRC has been working with Rice to make the campus more accessible to everyone. The center is specifically working with Facilities Engineering and Planning to recommend accessibility improvements to the building, according to Russell.

“The campus is over 100 years old so there are some buildings which are not accessible to persons with physical disabilities,” Russell said. “Making these buildings accessible takes time and resources.”

DiGiovanna said he welcomes recent changes produced as a result of the DRC’s work.

“One example of their action recently is the new doors on the front of the [Rice Memorial Center] that open automatically,” DiGiovanna said. “That makes the RMC a lot more accessible for people like me. So the [DRC] is making a lot of great progress. And so what I see for [our council is] complementing the [DRC] by providing a role for students and providing a different perspective so that we can tackle accessibility from every angle.”

However, Benjamin Lamb, Will Rice College junior, said that the administration lacks transparency and opportunity for student input when it comes to making the campus more accessible.

“Though admin is working hard to make the changes needed […] currently that’s a process that university is doing on their own and so students don’t really know what the plans are and don’t really have input in that,” Lamb, the other Co-chair of the Students with Disabilities Council, said. “That means that students don’t know what options are available to them in the future and don’t have a say in the problems they see on campus that they’d like to get fixed.”

Lamb said that the Students with Disabilities Council’s primary vision is to meet the SA’s mission of student accessibility.

“This includes outreach and inclusion efforts to increase overall awareness,” said Lamb. “Our primary project, Project Blackbox, is to increase the transparency of administration accessibility efforts and make sure disabled students are heard.”

The council also has plans to create an allergen and asthma friendly study room next semester.

“A lot of us spend much of the spring semester very sick trying to deal with that,” Lamb said. “For many students with both asthma and allergies, that can be a reinforcing issue with the immune response to the pollen making their asthma a lot worse. We’re hoping to set up a room with air filters running so that it will keep that room clean to give students a place that can focus, to just give their bodies a break so that they can work.”

DiGiovanna said the council has been mainly planning this semester and will start implementing tangible changes in the Spring.

“No student should ever have to factor in their disability in anything they ever do at Rice,” DiGiovanna said. “Currently that is not the case, but we hope to make that the case.”