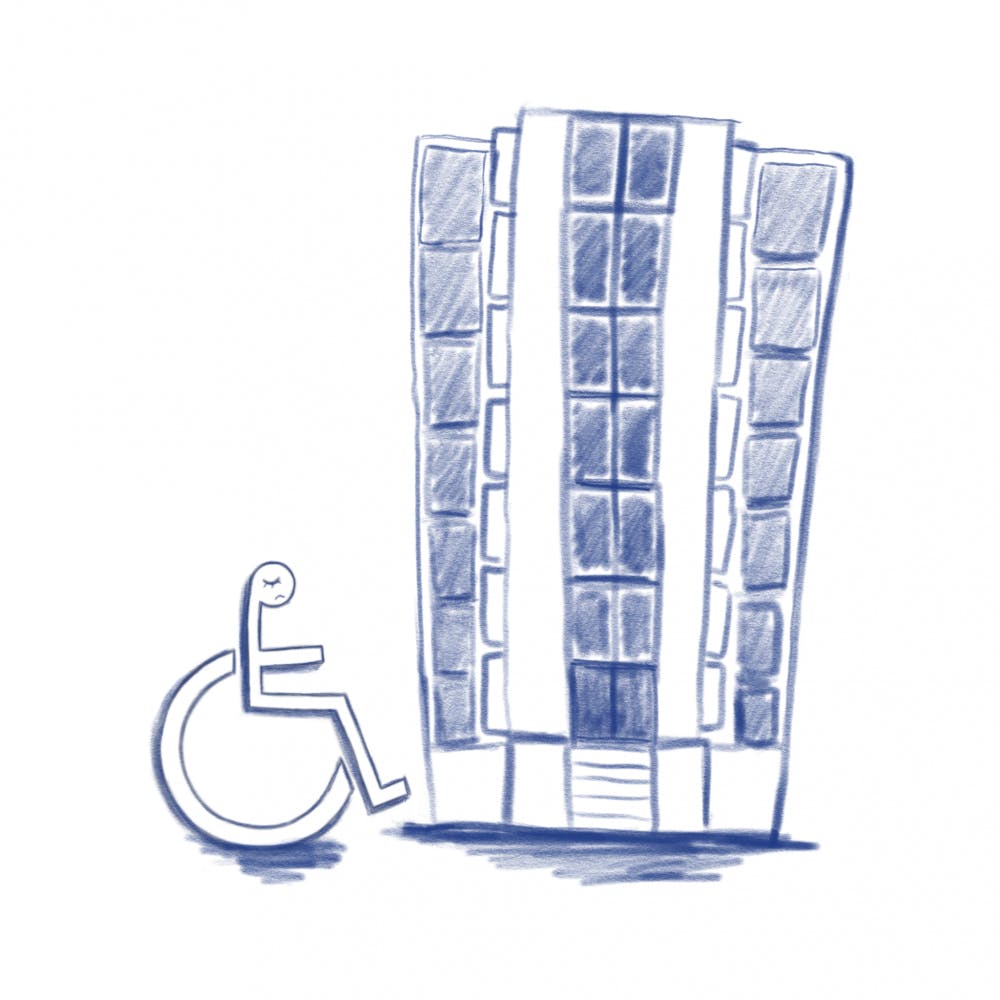 Rice University is installing accessibility features at Sewall Hall, Herzstein Hall and the new Music and Performing Arts Center in an effort to increase accessibility for students with disabilities, according to Vice President for Administration Kevin Kirby.

“Addressing accessibility issues on a campus that is over a hundred years old is complex,” Russell said. “[Americans with Disabilities Act] accessibility guidelines cannot ensure 100 percent accessibility for everyone. With the numerous variations in severity and types of disabilities, it is inevitable that the campus will be more accessible to some people than for others.”

As someone with disabilities who primarily uses a wheelchair, Russell said  he especially is aware of accessibility issues on campus. Before he was made an RA at Hanszen, Russell said Housing and Dining constructed a ramp to his apartment in Hanszen Old Section.

Russell said design issues often make it difficult for students with disabilities to easily interact with their peers and professors. He said students should not have to separate from their friends to access a classroom because it creates a disruption in their social life.

According to Russell, a new ramp is being built in Herzstein Hall to replace the old platform lift. He said the original platform lift caused “dignity issues” as students had to anticipate the embarrassment of the lift malfunctioning and were forced to separate themselves from their friends.

“First of all, it’s clunky and doesn’t work half the time and as a solution, you want to fit in and be the same as everybody else,” Russell said. “You have to separate yourself off. You can’t go into the building with your friends and you don’t know if it’s going to work.”

An accessible ramp is also almost completed on the east side of the new welcome center in Sewall Hall, Russell said, meaning the university will finally have an accessible welcome center. Additionally, the DRC is working with Facilities, Engineering and Planning on accessibility features for the new Music and Performing Arts Center.

Kirby said disability accessibility is a priority for Rice and the campus meets all of the ADA requirements.

“We invest a large amount of money every year and meet all standards,” Kirby said. “There are new projects and a committee that sets priorities in terms of accessibility.”

Martel College senior Felix Wu, who has disabilities that cause him to use a motorized scooter to get around campus, said overall he is content with the university’s efforts to make the campus more accessible, but that there is more that can be done.  He said accessibility issues can make it difficult to interact with peers and professors in his classes.

“Because the accessible seats are either in the back or the front, I would need to turn my head the whole time while talking and/or nobody sees me in the back,” Wu said. “Professors usually help me by having students move to where I am, but sometimes it is difficult.”

Wu said accessibility to other academic buildings could be increased.

“Sewall can be improved by having both elevators able to go to the same floors,” Wu said. “Furthermore, some of the classrooms do not have access to the where the computer is, which makes it difficult for presentations. Rayzor Hall is good, but there are doors that I cannot get out of and [it causes] me to go all the way around. The other two have a small step, but I can’t use it and makes it extra hard to move around.”

Russell said he hears the concerns of students like Wu and is working to improve not just the physical aspect of accessibility, but the social aspect of how students interact with each other in these spaces.

“It’s about the social model: constructing an environment so that irrespective of disability, you can participate,” Russell said. “It’s not just about basic accessibility, but inclusive design.”

Wu also said it is hard to get in and out of doors in the Humanities Building, the library’s narrow halls make it difficult to navigate and he can’t access the courtyard at Herring Hall because there is only one access point.

“These limited entrances makes it harder when it is raining and I can’t get into the building,” Wu said.

Russell said the new ramp will help students with disabilities to integrate more easily into their social environment.

But Russell said the goal of universal design doesn’t have to mean destroying the historical parts of campus. For instance, he said Sewall and Keck halls have ramps that were later built into the existing infrastructure so that they “didn’t destroy the beauty of the building.”

He said he is excited for the new renovations to the residential colleges and plans to be involved in discussions for the new building at Hanszen.

“We want to utilize the knowledge we’ve gained in the intervening decades,” Russell said. “We want to use the latest techniques and design for new Hanszen.”

Wu said he understands it is hard to consider accessibility when students are not looking from the perspective of someone with disabilities.

“Overall, it has been pretty good,” Wu said. “I can see that the university is constantly trying to improve access. I think there are just some things that is not considered if you don’t have a disability yourself.”