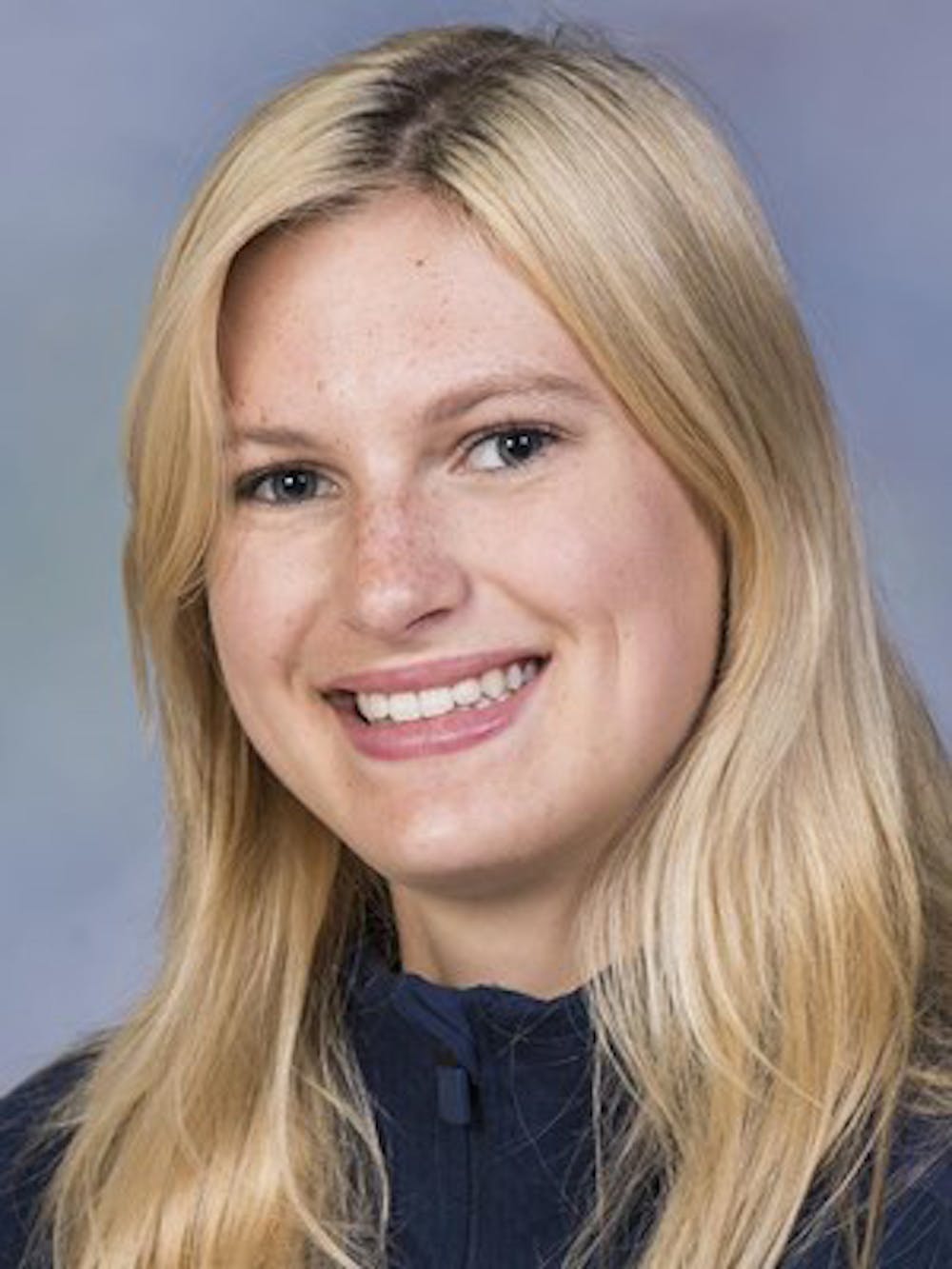 Kate Nezelek, Hanszen College senior and swimmer, loves everything about Coffeehouse, except for one thing: Their coffee, she says, has ruined all other coffee for her.

“I go to Starbucks now, and I’m like, ‘You’re telling me you’re going to give me a drink that’s worse for twice as much money?’” Nezelek said.

Nezelek says Coffeehouse is one of the things she’ll miss most when she graduates.

“I’m going to miss Coffeehouse because I basically live there,” Nezelek said. “I sort of want to stay in Houston [after graduation] just so I can keep coming to Chaüs.”

Although Nezelek, who’s completing a bachelor’s degree in English, isn’t sure where she’ll end up after graduation, she’s hoping to pursue a Master of Fine Arts degree in creative writing. As far as Nezelek can remember, she’s always been writing.

“When I was in second grade, I was writing my own chapters of [the ‘Warrior Cats’ series],” Nezelek said. “That’s the earliest I can think of where I was like, I want to tell stories.”

For her senior seminar class in the English department, Nezelek is currently writing a novel. Although she enjoys it, she says the project isn’t without its challenges.

“I am doing a longform fiction project, which has been so fun and so stressful at the same time because I’m literally just pumping out thousands of words,” Nezelek said. “I think that’s probably what I’ll end up wanting to do — novel writing. Because I’ve tried short stories, and … it’s a different beast, for sure.”

When she isn’t writing, Nezelek can be found in the pool. A member of Rice’s swim team, Nezelek has been swimming since she was about 4 years old. Her parents — a swimmer and a professional baseball player — decided to put her in swimming after she kept them up at night, unable to fall asleep.

“They threw me in swimming because they knew it was really hard,” Nezelek said. “They were like, ‘This is going to tire her out.’”

Nezelek jokes that although athletics may be in her genes, so is something else: shoulder injuries. Like her father, who tore part of his rotator cuff as a pitcher, Nezelek faced shoulder injuries after her junior year of high school. The injuries were so severe, she needed surgery. After her sophomore year at Rice, she had another surgery, this time on her elbow.

“I’ve been chronically injured since I came in [to Rice],” Nezelek said.

Nezelek says her decision to swim in college was a natural one.

Once she reached the college recruiting phase, Nezelek began getting calls from coaches, discussing scholarship opportunities and meeting teams. When making her official visits to colleges, Nezelek says, her visit to Rice was her least interesting trip.

“Rice was actually my most boring recruiting trip, by far,” Nezelek said. “We went bowling, and I was like, ‘What am I doing here?’”

But ultimately, she says she chose Rice because of the students she met and the connections she made.

“Every person that I talked to here was so weird and passionate about something,” Nezelek said. “I feel like when I talked to a lot of other girls on other teams, or other students at other schools, they just didn’t have that spark … Even though I had more fun on those trips sometimes, I just felt like I connected so much more with the girls on the team and this school.”

Although Nezelek’s experience as a student-athlete struggling with injuries hasn’t been easy, she says she’s grateful for the responsibility that it has taught her.

“That’s kind of helped me [learn] that there are things that you just have to muscle through,” Nezelek said. “When some days just suck … I can skip class [or] I could not turn an assignment in. But when you’re on a sports team, that’s not optional. You can’t just not show up to practice.”

Some of Nezelek’s favorite memories at Rice are the moments she’s spent with her swim team — at practice, between meets and just hanging out.

“It’s just the little moments — like we’ll do a training trip every year … [or] everybody sleeping on the bus together on the way back from a swim meet,” Nezelek said. “I think I value those little bits more than any measurable achievement.”