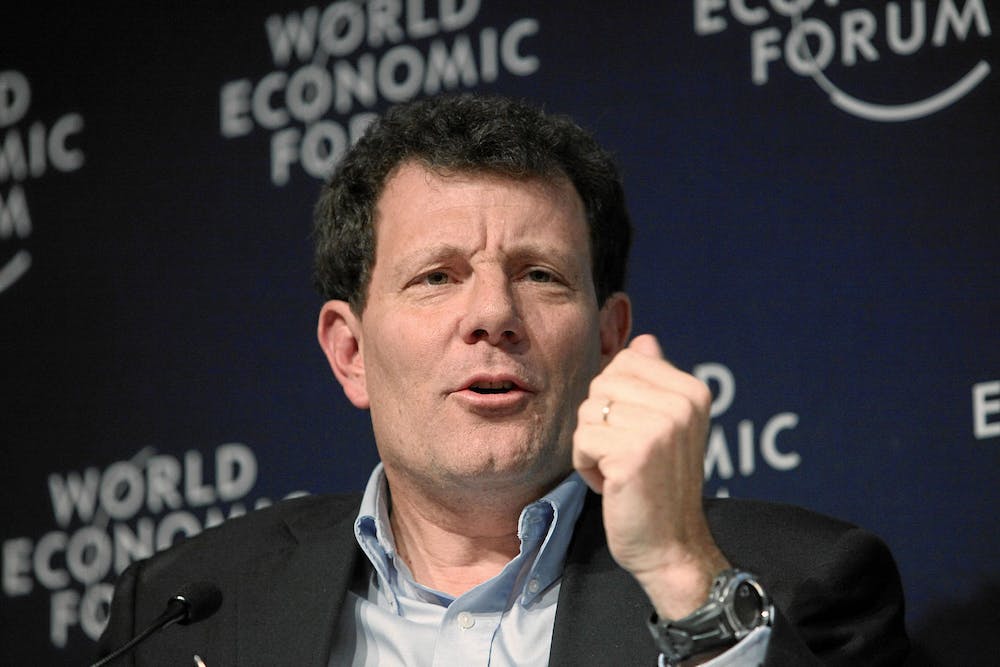 Two-time Pulitzer Prize winner Nicholas Kristof, a New York Times columnist, CNN contributor and author who has brought attention to global human rights issues through his writing for over 30 years, will deliver the 107th commencement speech for the class of 2020, according to Rice’s Office of Public Affairs.

Kristof won his first Pulitzer in 1990 alongside his wife Sheryl WuDunn for their coverage as Times reporters of the Tiananmen Square democracy movement. Sixteen years later, Kristof won his second Pulitzer for his columns in the Times, which drew attention to the genocide in Darfur through deep reporting which, “at great personal risk … gave voice to the voiceless in other parts of the world.”

Kristof has been a Pulitzer Prize finalist five additional times. Most recently, in 2016, Kristof’s “courageously reported and deeply felt” columns surrounding the plight of Syrian refugees earned him a nod from the jury.

According to his New York Times columnist biography, Kristof grew up in Oregon and worked in France after high school, later backpacking in Asia and Africa. Kristof earned his undergraduate degree from Harvard University, and later a law degree from the University of Oxford, where he studied as a Rhodes Scholar. At Harvard, Kristof was on the Harvard Crimson staff, where he worked as the “Campus News” tracker, following higher education outside of Harvard. Kristof has lived on four continents and has traveled to over 150 countries.

At the Times, Kristof also began an annual essay contest, through which undergraduate and graduate students are given the opportunity to travel with him on a reporting trip and have their own report published by the Times. In 2012, the winner was a Rice undergraduate. Jordan Schermerhorn, then a Martel College senior and bioengineering major, traveled with Kristof to Lesotho, which was at the time Africa’s largest garment exporter to America.

Kristof spoke at Rice in 2009 on a book tour for the third book he co-authored with WuDunn. Since then, he and WuDunn have published another book,  “A Path Appears,” with a fifth forthcoming Jan. 14.

“While I admire campus activism for its commitment to social justice, I also worry that it sometimes becomes infused with a prickly intolerance, embracing every kind of diversity except one: ideological diversity,” Kristof wrote in a June 2019 column. “Too often, we liberals embrace people who don’t look like us, but only if they think like us.”

Kristof will follow his wife’s lead — in 2017, WuDunn delivered the commencement speech at Rice. President David Leebron said in 2016 that WuDunn was recruited by Y. Ping Sun, Leebron’s wife.

Leebron wrote in a press release that the decision to pick Kristof was made primarily by a student committee.

“His work has sought to explore the fundamental challenges affecting human wellbeing around the globe,” Leebron wrote. “It is incumbent on all of us to seek to understand the plight of our fellow human beings, and to ask what might be done to improve it.”