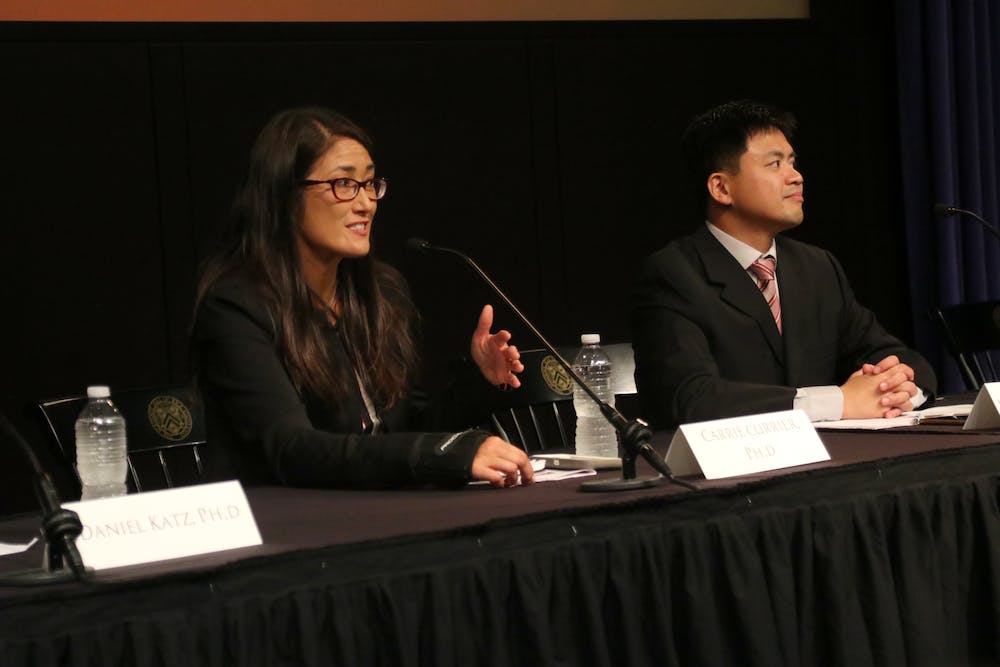 Director of the Baker Institute Edward P. Djerejian gave an opening statement on the significance of this year’s panel regarding the recent controversy surrounding China’s domestic and foreign policy.

“In the midst of a trade war [between] China and the United States, and concerns about the scope of Chinese technological and economic influence, one cannot discuss political reform in China without examining the complex, dynamic U.S.-China relationship,” Djerejian said.

According to Steven W. Lewis, the C.V. Starr Transnational China Fellow and moderator of the event, the panel’s goal was to invite speakers with a range of experiences to share their expertise and help people understand reform in China, and the international or domestic factors that motivate it.

Each of the three featured panel speakers gave a 20-minute talk.

Ka-Kin Cheuk, a postdoctoral fellow in transnational Asian studies at Rice University’s Chao Center for Asian Studies, spoke on the history and recent reforms of China’s international migration management and its socioeconomic implications.

“China will need to import a substantial number of foreign immigrants regardless of their skill level, in order to deal with the social and political challenges that are going to be caused by the rapidly aging Chinese society,” Cheuk said.

On the topic of Hong Kong’s independent legal and financial system, Cheuk said that many foreign traders in mainland China share similar views with Hong Kong protesters who are demanding genuine autonomy.

“As long as Hong Kong keeps its independent financial and political system, the Indian traders, the African traders, the Middle East traders can still make use of the system to get a cheap, low cost of business visa to keep their China business going on as usual,” Cheuk said.

Carrie Liu Currier, an associate professor of political science at Texas Christian University, gave a presentation on the uniqueness of informal groups that are organized independently outside of the authoritarian Chinese regime, which she defined as civil society. After providing a background of China’s growing authoritarianism under its incumbent president Xi Jinping, Currier discussed the rationale behind the existence of small but visible civil society in China.

“You have to consider what happens if you don’t give some sort of outlet,” Currier said. “The idea is that you have to allow for, in small doses, little voices to be able to be heard so that it won’t lead to massive explosion.”

Currier said even though there are spaces for civil society to exist, the space is being increasingly constrained.

“When you look at the number of the national security laws which aim to protect regime stability, there’s quite a number of them working to constrain various elements of civil society,” Currier said.

Daniel H. Katz, a nonresident scholar for the China Studies Program and a senior geopolitical risk analyst for a global company, spoke about the potential pitfalls of strategic engagement in U.S.-China relations.

Katz underscored the importance of maintaining open lines of communication and attempting to resolve differences peacefully.

“Given the nationalistic impulses of both countries and the desire of each government to appease the respective populations, there is inherent value in keeping dialogues with a minimum of political interference,” Katz said.

According to Katz, both sides should redouble their resolve to bolster strategic engagement efforts, particularly given the presence of territorial disputes in the South China Sea, nuclear weapons in North Korea, and controversy of Taiwan’s political status.

After the individual talks, there was a 40-minute Q&A session. The three featured speakers and the Lewis further discussed the specific topics covered during lectures with the audience.

Avery Jordan, a Wiess College senior, said he found this panel very relevant, especially given the recent tensions between the U.S. and China.

“It was great to hear scholars from across Texas about the challenges that the U.S. and China face. . . as well as the potential for political reform in China across multiple fronts like digital technology, trade and strategic relationship in the military,” Jordan said.