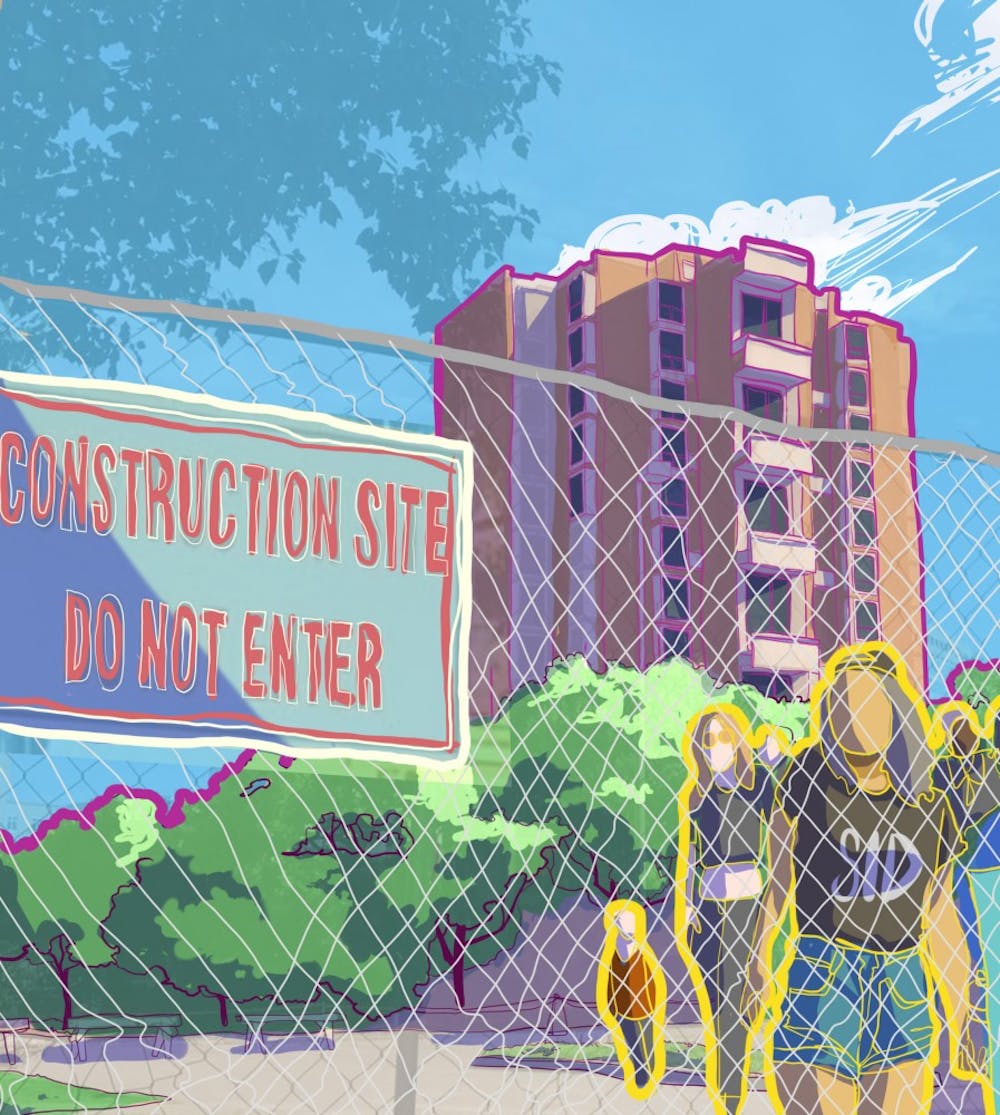 A chain-link fence was placed around the construction site for new Sid Richardson College on the night of Tuesday, Sept. 3, blocking off direct student access to large portions of South Colleges Residents Lot.

“We knew there would be some sort of fencing [put up to keep] the construction in, we just didn’t know when,” Richert, a senior, said. “We didn’t realize the extent of how much that would impact students trying to access the South Lot and the [magisters’ house].”

Kathy Jones, associate vice president for facilities engineering and planning, said fencing will remain in place until October or November 2020, when the construction of the new Sid Rich building is completed.

Jones said about 100 parking spaces, including two designated handicapped parking spots, in South Lot were fenced off because they were either in the area of the construction site or they were located in spaces where construction vehicles need to drive.

Rice Emergency Medical Services and  the Rice University Police Department were aware of the fence prior to its being set up, according to Clemente Rodriguez, RUPD captain, and Lisa Basgall, REMS director.

While the fencing interferes with parking behind Seibel Servery, Rodriguez said that RUPD does not anticipate any significant impact on emergency vehicle response times.

“It really depends on the nature of the call and what part of the college they are responding to, but officers responding in emergency vehicles have the discretion to park as close to the building as necessary,” Rodriguez said. “They will use the roadways and parking areas remaining around both colleges as they see fit.”

According to Basgall, REMS was informed by FE&P project managers of the construction and was provided with maps of the road closure. Basgall said the REMS team planned alternative routes to respond and park.

Richert said that before the grove-side entrance was created, it would take students five or 10 minutes to walk to the magisters’ house as opposed to approximately two minutes.

“We hold our Diet, [which are] our student government meetings, there every other week and they have other events,” Richert said. “It’s just a nuisance and a bigger issue of students needing easy access to the magisters for an emergency.”

According to Jones, the fencing will require normal pedestrian traffic to adjust but will keep students and others safe during the construction occurring over the next 14 months.

“The structure of the fence keeps changing so I don’t know where I can go and which parts are blocked off,” Hirsch said. “Now, the entire right side is blocked off, so I had to go all the way around to get to the other entrance [of Seibel Servery], and I hate the inconvenience.”

Jones said that while construction is disruptive in the short-term, she believes the construction will benefit both Sidizens and Rice students overall in the long term.