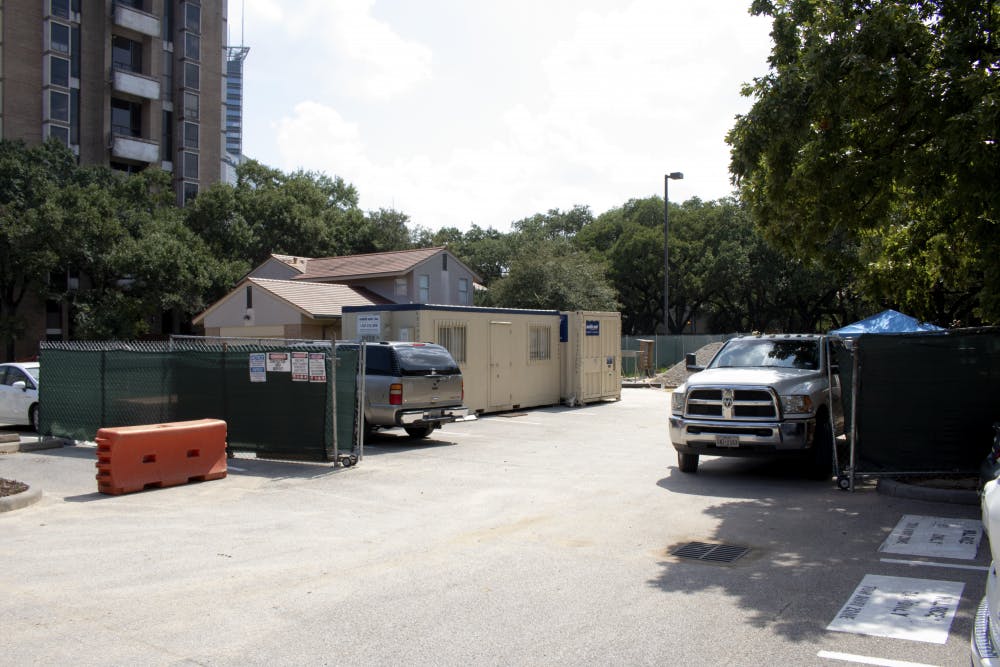 Residents of the South colleges are scrambling to find parking on campus after the sale of permits for South Colleges Residents Lot was suspended, following the decision to sacrifice more parking spots for the new Sid Richardson College project. Only 45 student permits will be offered for the 2019-20 year, while 150 permits were sold for last academic year, according to parking manager Mike Morgan.

According to Morgan, the new Sid Rich project needed more space than was initially requested before the summer, so the parking office temporarily suspended South Lot permit sales and notified college presidents on July 30. Colleges then were asked to reallocate the reduced number of spots to students before permits could be sold again.

“Like many campus [construction] projects, and not just exclusive at Rice, parking is a top location taken for new projects,” Morgan said.

The parking office worked with the South college presidents, who met during the summer to divide the available parking between the colleges. Will Rice College President Juliette Richert said that the South Lot parking situation has created additional work and stress for student leadership at the South colleges.

“This is the second time this year that the South college presidents have had to reallocate parking spots due to the construction of New Sid — a job typically performed by the parking office,” Richert, a senior, said. “It’s unclear whether this may become a responsibility for presidents in the future, but I hope we can come up with a more sustainable decision making process before that happen[s].”

Hanszen President Landon Mabe and Richert both said that they sent out a parking preference survey to all affected students in their respective colleges. Mabe, a senior, said seniority and whether students lived off campus were taken into account when assigning parking locations for Hanszen. Affected students also had the option of buying a permit for West Lot or Greenbriar Lot.

According to Will Rice Orientation Week coordinator Colin Chan, New Student move-in day was also affected by the construction project in the South Colleges Lot.

“South Lot was very unorganized with the extra construction, [Sid Rich’s mobile air conditioning units] and misplaced PODS, which blocked spaces and mobility for everyone,” Chan, a junior said. “While this year wasn’t ideal, a lot of the South colleges worked together well to make move-in successful.”

Richert said she believes information regarding the loss of parking could have been communicated better and earlier by South college presidents.

“Although I commend the parking office for engaging the college presidents, there’s a need for clearer communication between us, parking and [Housing and Dining],” Richert said. “We were told very late in the game that New Sid would be taking up 50 more South Lot spots than expected, which added another level of stress to the reallocation process.”

However, Morgan said that the parking office only became informed about the extra space needed for construction during the summer. Mabe said he was ultimately satisfied with the outcome of the parking reallocation.

“It’s a frustrating situation but I don’t place blame on admin or parking,” Mabe said. “Ultimately, at Hanszen we were able to get all of our [off-campus] seniors either the [Entrance 3] garage or South Lot and I’m satisfied with it given the circumstances.”

Richert also said that the trend of parking loss on campus beckons a larger discussion regarding parking accessibility. In the last two years, multiple portions of West Lot have been allocated for the construction of the Rice University Music and Performing Arts Center, resulting in significant parking shortage and student concerns.

“As we continue to lose parking to construction, there needs to be a critical conversation about parking,” Richert said. “The theory seems to be that if the university continues to remove parking spaces and steadily increase the price of parking, fewer people will bring their cars to campus. I have my doubts about the effectiveness of this policy and am worried about how this may impact students with fewer financial resources.”