‘Picasso at the Lapin Agile:’ a fictional dialogue between Picasso and Einstein 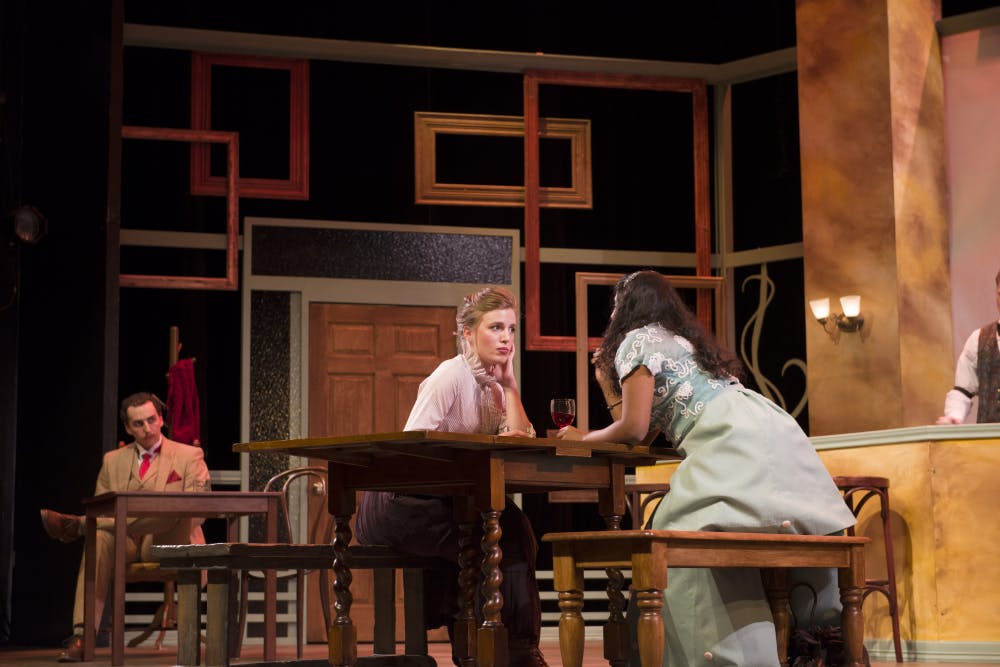 In 1904, before the dawn of their fame, Pablo Picasso and Albert Einstein meet in a crowded Paris bar and start arguing. Thus begins Picasso at the Lapin Agile, an absurdist comedy being put on by the Rice Theatre Department.

And who populates this crowded bar? Baker College senior Sriparna Sen laid out the list of characters: the bar owners, frequent customer Gaston, a countess, an art dealer, “one guy named Charles Schmendiman” and a host of others.

When pushed to give a full list, Sen said she wanted to keep the surprise alive. Picasso is played by Martel College senior Alan Kim; Sen herself plays Suzanne, Picasso’s 19-year-old lover.

“Picasso was a well-known misogynist in real life too,” Sen said. “Picasso and Einstein are both based on their biographies.”

“We’ve had to do some research,” Verne said. “I’ve really enjoyed [Einstein’s] character in that respect. I hope audiences get the sense that the people we put on enormous pedestals are flawed, often in very funny ways, but that shouldn’t be a discouragement. It should be a point of relatability.”

Though the play, which was originally written by Steve Martin, is casted largely by Rice students, it is directed by Emily Wells, producing manager of the Houston Grand Opera.

“I love working with actors of all ages, so it’s a great way as a director to stretch your skill set, because so often, especially as a professional director, there’s a common language among professional actors that students are still learning,” Wells said. “So it’s an opportunity to teach and coach them. It’s as fun for me as I hope it is beneficial for them.”

Because the play consists largely of an allegorical dialogue between two figures that represent art and science, Wells believes Picasso at the Lapin Agile is ideally suited to be performed at Rice.

“So many of the students in the play study both performing arts and the sciences as well,” Wells said. “[Innovations] are creative thinking, just like in the performing arts. Art and science are not that far apart from one another.”

Sen, herself a double major in cognitive sciences and visual and dramatic arts, largely agreed.

“For me, the take-home message is the interaction and importance of art and science,” Sen said. “The play is pretty light, fast-paced, easy to pick up. People should go.”