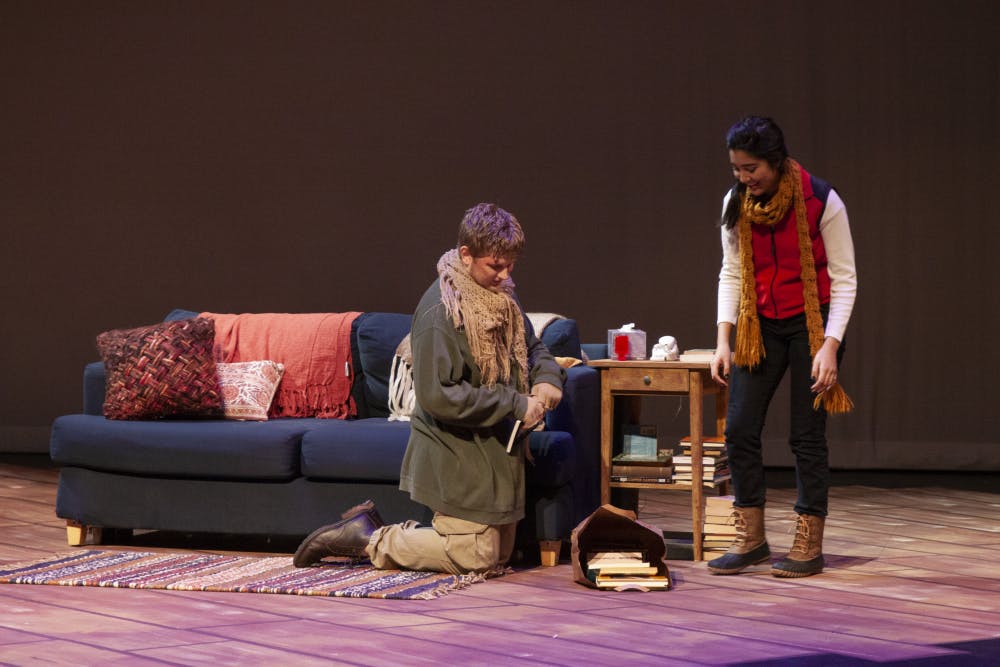 Frankenstein’s monster stumbles into a cabin in the remote Alaskan woods. The cabin’s occupant, an old woman who lives alone, invites him in for a meal. So begins the action of Martel College junior Matt Pittard’s “Yukon Breakfast,” directed by Hanszen College senior Nonie Hilliard. The play, produced by, directed by and starring Rice students, gained a full production after winning the Rice Players’ first-ever Playwriting Competition. (The Rice Players gave stage readings of two runner-ups, Kevin Mullin’s “Have You Seen My Cactus?” and Elsa Schieffelin’s “The History of Flight,” during the Rice Playfest from Nov. 9 to 10.)

“At this point, it’s more of a question of, what would prevent me?” Sledge said.

She voiced her excitement about giving a “more optimistic lens” to the Frankenstein story and showing an environment in which Frankenstein’s monster could find a measure of acceptance.

“The thing about Frankenstein is, everyone in it is kind of bad,” Sledge said. ”What if the minor characters were cool about [his flaws]?”

Sledge is especially excited about her character Agatha, the old woman who invites Frankenstein's monster inside.

“Agatha never sees him as a monster,” Sledge said. “Agatha’s really the only character who never sees Percy as a monster — eventually, we call [the monster] Percy.”

The acceptance of Percy proved to be a recurring fascination among the people who made “Yukon Breakfast” happen. Producer Sierra Beckstrom spoke of providing the Frankenstein story with themes of family, community and caring.

According to Beckstrom, it’s her first time producing a play; in fact, many of those integral to the production of “Yukon Breakfast” are in their roles for the first time. All the same, Beckstrom was nothing but optimistic about how the play had evolved.

Writer Matt Pittard said that seeing his play go into production has had unexpected results.

"It's one thing to write for yourself," Pittard said. "A play is a whole other step. It's out of my hands, outside of my control. I've been to rehearsals. It's going to be great."

A fun fact about “Yukon Breakfast”? Pittard has never been to Alaska.