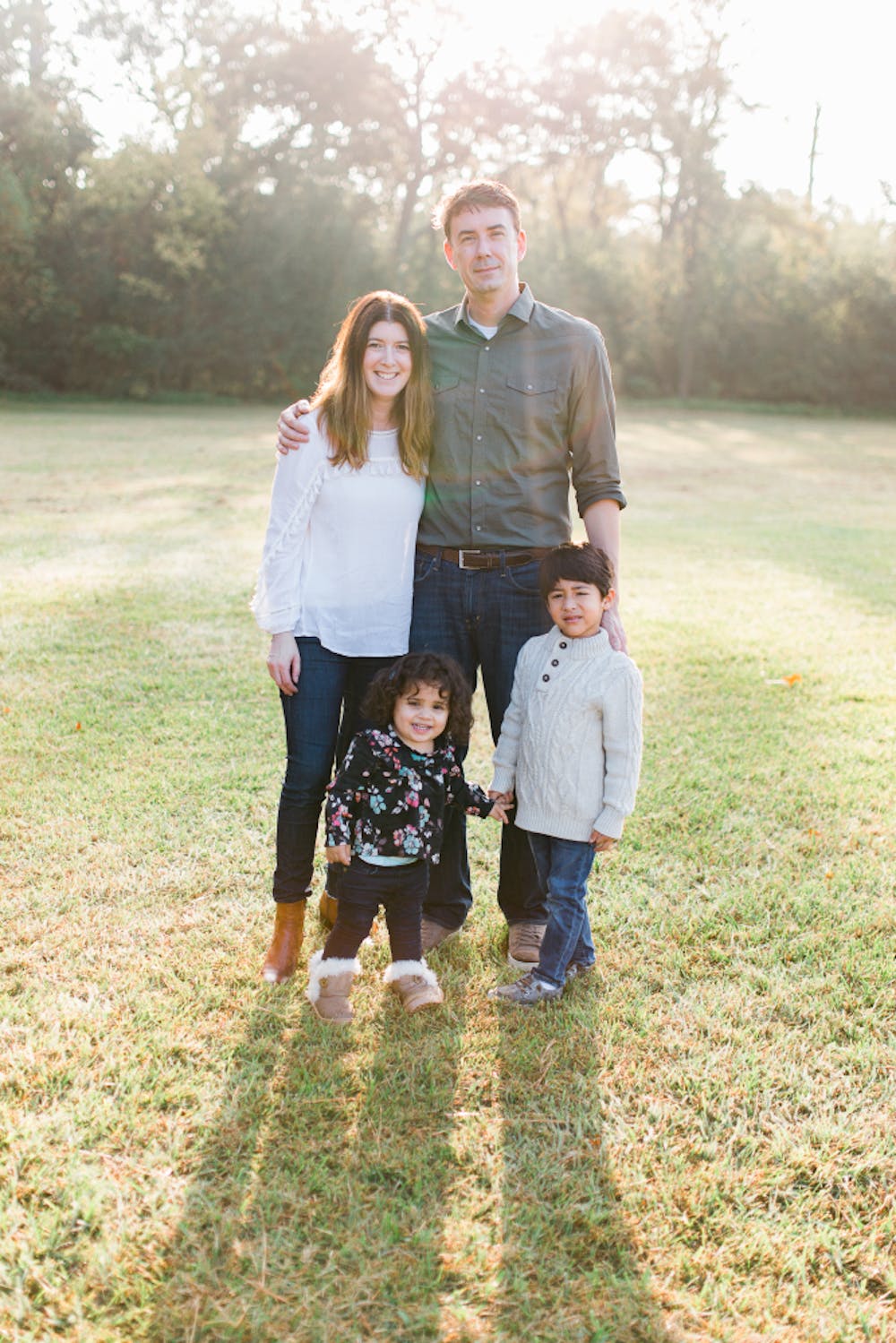 Will Ricers can look forward to foosball tournaments, freshly baked cookies and plenty of babysitting opportunities with the arrival of new magisters Matthew and Rebekah Bennett, who kick off their tenure this academic year. Matthew is an associate professor of biochemistry and cell biology at Rice, and Rebekah is general counsel at the ExxonMobil Pipeline Company.

Foosball is a hobby of Matthew’s when he’s not too busy teaching or leading research on synthetic biology at his lab. He came to Rice about nine years ago, and the first student he took into his lab was from Will Rice College. He has since served as an associate at Will Rice for eight years.

“She dragged me to Will Rice and made me do things there, and I had a lot of fun, so I’ve kind of always had this affinity to Will Rice,” Matthew said. “Truthfully we would’ve been happy to have been magisters anywhere, but the history with Will Rice College was a natural fit.”

Rebekah, who loves to cook and bake, plans to provide plenty of baked goods for the students at Will Rice.

“My recollection as a student is that students love to eat, and I also think food is a way to break down barriers and get people together,” she said.

Rebekah met Matthew when she was a student at Emory University. Matthew was studying at Georgia Institute of Technology and was her next door neighbor. On a whim, she decided to invite him to a party she was throwing and through talking to him realized how much they had in common.

“We discovered we were from the same part of Michigan and even had friends in common,” she recalled. “I spent the next week hanging out on my balcony hoping Matt would come out so I could see him again. I think our marriage works because we really like each other, we support each other and we don’t let the little things bug us.”

At Emory, Rebekah majored in women’s studies and history, which she said was much more driven by her passion than her career aspirations. After graduating with a master’s degree in history, she realized she did not want a career in academia. She took a few years off to reassess, working as a waitress and a nanny to support herself before going to law school.

Although she loved the subject matter, Rebekah struggled her first semester of law school and nearly dropped out before Matthew encouraged her to keep going.

“It worked out and I learned that a single bad grade is not a death sentence,” she said. “Sometimes it’s important to give yourself time to adjust, cut yourself some slack and just give into the process.”

For his part, Matthew switched majors and career paths several times before landing on his job as a professor of biochemistry and cell biology. He started out in undergrad as a music composition major, then switched to cultural anthropology, then linguistics, then math, and eventually physics. He got his Ph.D. physics only to switch one more time to bioengineering and synthetic biology in his post-doctoral studies, and is now a professor of biochemistry and cell biology.

“All those missteps helped form the person I am today, and I don’t really regret anything,” he said. “It just took me a long time to figure out who I was.”

Rebekah said she hopes that she and Matthew will be able to draw on their own life experiences, which haven’t always been smooth-sailing, to advise students.

“We have some perspective, that one mistake in life, or even five or six mistakes in life, that’s part of being a student and growing,” Rebekah said. “At the end of the day a lot of this is just a growing experience and the bumps in the road are not going be the end of the world, which I think is really hard to understand when you’re between the ages of 18 and 22.”

Before becoming general counsel, Rebekah previously worked as a labor and employment lawyer for ExxonMobil, where she mediated conflicts between companies and employees. She hopes to apply the skills she acquired in this position to her tenure as magister.

“It’s that kind of people interaction that I really enjoyed about my job – figuring out what’s the best path forward so that [the company-employee] relationship can continue,” Rebekah said. “I think that applies to the student-university interaction, and to helping students navigate through difficult issues.”

Matthew and Rebekah bring with them their two kids – Jacob, who is 5, and Marisol, who is 2 – and plenty of babysitting opportunities for students. The couple spent many of their weekends this summer taking their kids to the zoo, museums and local cultural events. One of their best memories is of the Houston Pride Parade, which they participated in with ExxonMobil. When they find someone to watch the kids for the night, the couple likes to go to the movies, the theater and new restaurants.

The Bennetts first considered the possibility of becoming magisters when Will Rice College senior Neha Potlapalli walked into Matthew’s office and asked if he was interested.

“I told [Matthew] ‘we are definitely interested,’” Rebekah said. The couple went on to interview at Will Rice and Brown College and said that although they would have been happy to be at either, their interview with Will Rice was especially memorable.

“It’s funny: you interview with a bunch of seniors, and you fall in love with the seniors and then they’re not there [next year]!” Rebekah laughed. “We felt like we really connected with the students, and we had such a good time just interviewing that we knew it’d be a blast to actually get the job.”

The Bennetts believe they will foster a mutual relationship with the students where they will not only advise the students, but learn from them as well.