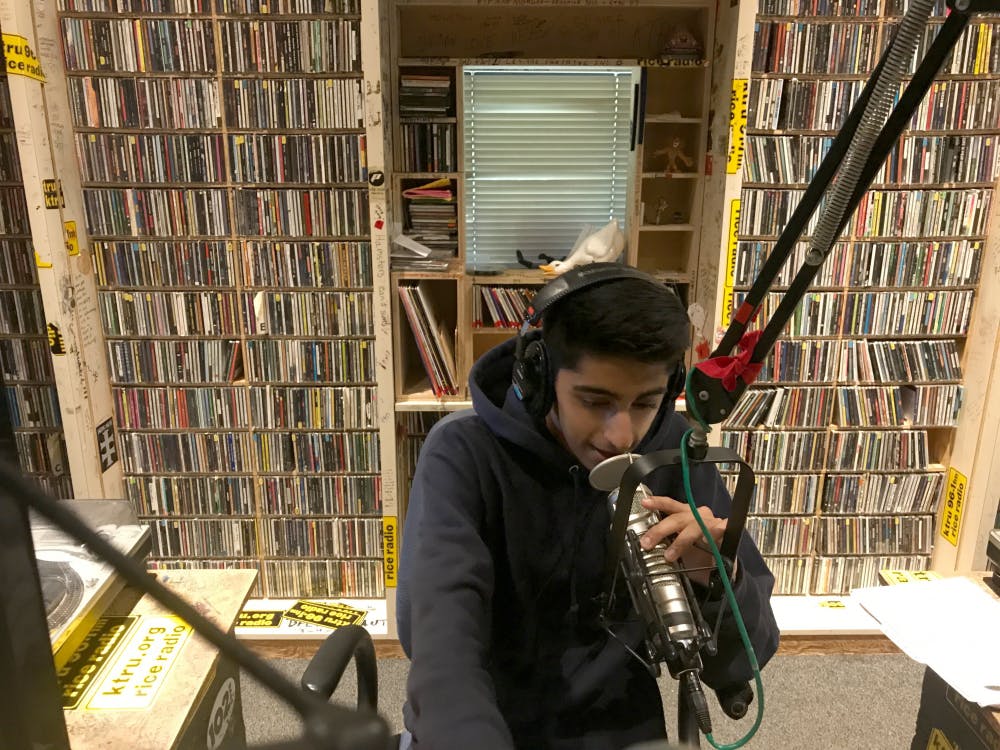 The academic year technically ends in early May, but many undergraduates continue their endeavours — conducting research, taking classes, running businesses and everything in between — through the humid months that follow, both on campus and around the world.

While many students stayed in the outer loop this summer, others traveled a little farther. Mackenzie Kubik, a senior at McMurtry College, spent her summer in Lesbos, Greece studying refugees and migration.

Kubik was completing the Loewenstern Fellowship from the Center for Civic Leadership, a program where Rice students are funded by the CCL to travel to a foreign country and conduct service and research.

Lesbos was an entirely different world from Rice’s campus, according to Kubik.

“It’s a little bit difficult mentally to jump right back in from being in a situation where I was living amongst people who are going through what is in my opinion one of the most horrific situations any human being could have to go through: having to flee their home because of danger and persecution,” she said.

Kubik said these interviews were her most special memories over the summer.

“Being able to share those moments with people was really really meaningful to me, even though it was really sad to know that there was nothing I could really do to help them in any sort of tangible or concrete way,” she said.

Kubik said her inability to affect concrete change, such as granting refugees asylum or making their home countries safe, was one of the most challenging aspects of the summer. She also struggled initially with understanding the potential negative impact of her American feminism in a foreign context.

For example, she said many women confided in her about experiencing severe sexual assault on their journeys, but refuse to tell their families because in their cultures they are required to get a divorce if they have been touched in a sexual manner by another man, whether consensual or not. Kubik explained that while many Western feminists would encourage these women to speak out about their experiences, this could pose serious financial and social threats to them.

“A lot of times the feminism from Western women organizations can do a lot more harm to these communities than good, which is something that was really hard for me to understand and grasp because I’ve never seen feminism as a negative source before,” she said.

Kubik plans to bring this fuller understanding of intersectional feminism back to campus, specifically with her work at the Women’s Resource Center. She plans to fundraise for the organizations she worked with over the summer, and continue to study gender and humanitarian aid through the sociology department.

Although Kubik co-advised at Baker College during Orientation Week, she is still adjusting to life at Rice.

“Having that perspective now, it’s difficult to get excited or motivated about the same things at Rice that I did before,” she said. “I feel a lot of guilt over it, coming back to such a privileged environment, but I really hope to be able to use what I learned and apply it to some of the work people are doing on campus.”

Student-run businesses play an integral role on campus during the school year, providing the Rice community with coffee, beer, working bikes and late night Domino’s. While the Hoot and Willy’s Pub closed their doors for the summer, Rice Coffeehouse and Rice Bikes stayed open through June and July.

Rice Bikes receives much more business from people in the surrounding medical center over the summer than during the school year, according to Solana Buchanan, a Martel College junior and the business's temporary general manager for this past summer. Buchanan and her team spent the summer creating a new fleet of rental bikes that will be easier to ride and fix than older models, implementing credit and debit card usage and improving the Rice Bikes website.

Buchanan said due to a decrease in employees, each summer mechanic is faced with new responsibilities.

“[Having fewer employees] has really helped me learn a lot about parts of the business that I never had to think about during the school year,” she said.

Buchanan said while she saw much less of an undergraduate presence over the summer, she interacted with many graduate students and prospective students.

“Everyone still seems busy with various summer jobs and projects, but things are a lot less hectic than during the school year,” she said.

Mandy Quan, a Will Rice College junior, managed Rice Coffeehouse this summer, which she said was much more laid-back than during the school year.

“Things move slower, and there aren’t constant lines out the door,” she said. “We can enjoy our time with fellow [baristas] during shift and take the time to get to know the customers and regulars.”

Nutty Bee addicts were forced to cope when Coffeehouse closed its doors in late June for three weeks to renovate the space — specifically focusing on expanding backroom storage. Quan said overseeing this change was a little scary, but she’s excited for the doors it opens for the business.

“A more efficient Chaus with the same comfortable vibes is the goal,” she said.

Outside of overseeing Coffeehouse, Quan was able to enjoy spending time on campus over the summer.

“Campus is pretty quiet actually, and it’s kind of interesting how that manifests in our moods,” she said. “I think in general, most people feel a lot more at peace.”

Varun Kataria, a Lovett College sophomore, spent his summer on campus working in project management at OpenStax – a nonprofit initiative based at Rice that works to provide free textbooks for high school and college students. He lived in off campus housing with six other Rice students, which he said exposed him to relationships he would not have formed otherwise.

“I learned a ton of different stuff about Rice culture that exists across campus just from other people's stories, as we were from different colleges,” Kataria said. Hearing the story behind the hell car from a Baker College roommate and learning the difference between the sundeck and moondeck from a Hanszenite were standout moments, he said.

Aside from working at OpenStax, Kataria spent time on campus at KTRU, where he co-ran a midnight hip-hop show every Tuesday with a Rice alum. Like Quan, Kataria noted that campus was quieter than during the year, and said some of his best memories were skateboarding on the vacant campus sidewalks to his KTRU shifts.

Bisaga lived at Martel in a suite, which she said she enjoyed for the most part except for having to buy groceries and cook for herself without a car.

“Not having a car over the summer was really rough because going grocery shopping is a weekly thing and without a car you really just have to depend on other people,” she said.

Kataria also lacked a car this summer, but one of his friends had one.

“We began to explore Rice Village and the surrounding Houston area more through bars, restaurants and art, really soaking in all Houston culture could offer,” he said.

Susann Marie Glenn, Manager of Communications for Housing and Dining

According to Housing and Dining, 250 undergraduates lived on campus over the 2018 summer, and more lived in off-campus housing. In addition, many graduate students spent their weekdays at Rice, and the university hosted about 60 groups over the summer, from sports camps to the National Student Leadership Conference. Groups staying on campus ranged in size from 10 people to 250.

This kept the Housing and Dining staff busy. They served 111,882 meals over the course of the summer and hired 21 student assistants to aid the smaller summer staff in their work, according to Susann Marie Glenn, manager of communications for the department. The culinary staff also used the summer to work on new recipes, which they got to show off during Friday lunches, when staff members, per H&D tradition, took turns cooking meals for each other.

“Different people will team and create phenomenal menus – it’s a great exercise in teamwork and wonderful way for our staff to have fun together,” Glenn said.